The Royals will be moving on the semifinals tomorrow evening after winning out against the St. John’s Knights in the Quarterfinals. 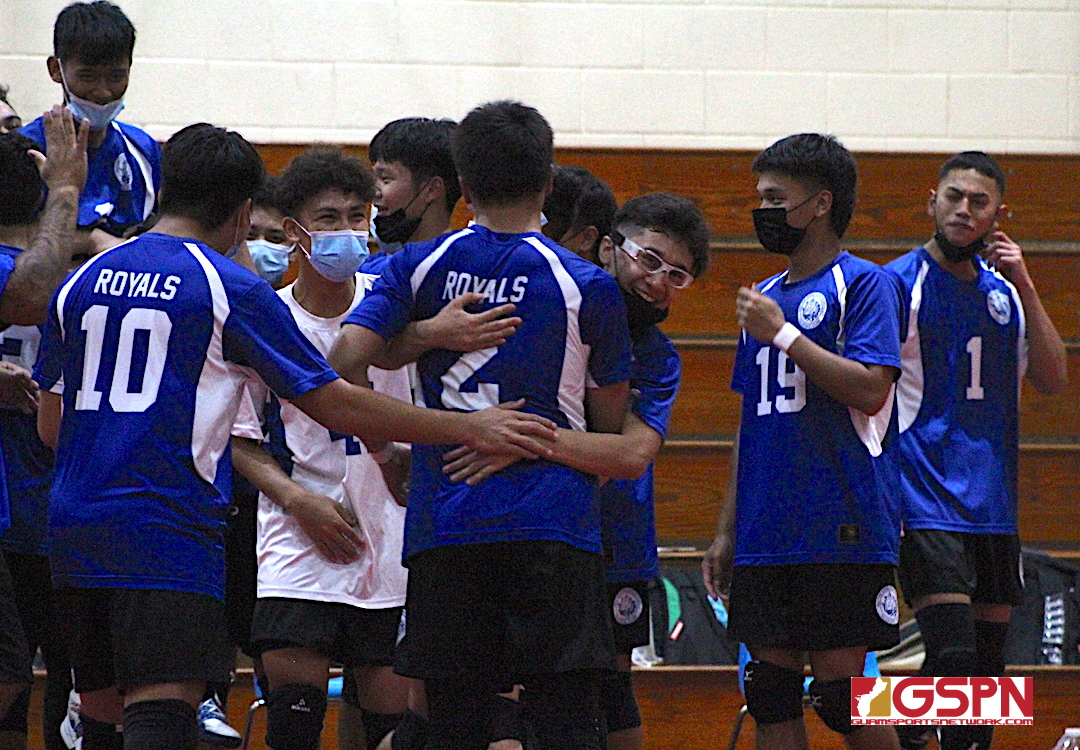 The ND Royals made their trip to upper Tumon a worthwhile one to face the St. John’s Knights in a IIAAG Boys Volleyball Quarterfinals match Friday evening after walking away victors of a five-setter 25-22, 12-25, 25-23, 19-25, 15-9. The Royals avenged their five-setter loss to the Knights in the one-round regular season last week.

ND will now move on to the semifinals where they will face the undefeated top seeded FD Friars tomorrow evening. The Friars had a first-round BYE after going 5-0 on the shortened season.

The Royals took charge of the fifth set after trading the first few sets with the Knights. Down 3-1, ND got a kill from Nolan Sablan to ignite a small run before a kill from Isaac Limtiaco would give ND their first lead of the set 6-5. Limtiaco would add another big kill to give his team more momentum up 8-5 as part of a 6-0 run.

The St. Paul Warriors defeated the Guam High Panthers in straight sets 25-22, 25-18, 25-17 and will face the Harvest Eagles in the semifinals tomorrow evening.