The Academy Cougars shook up the IIAAG Volleyball season even further, taking down the unbeaten St. John’s Knights in four sets. 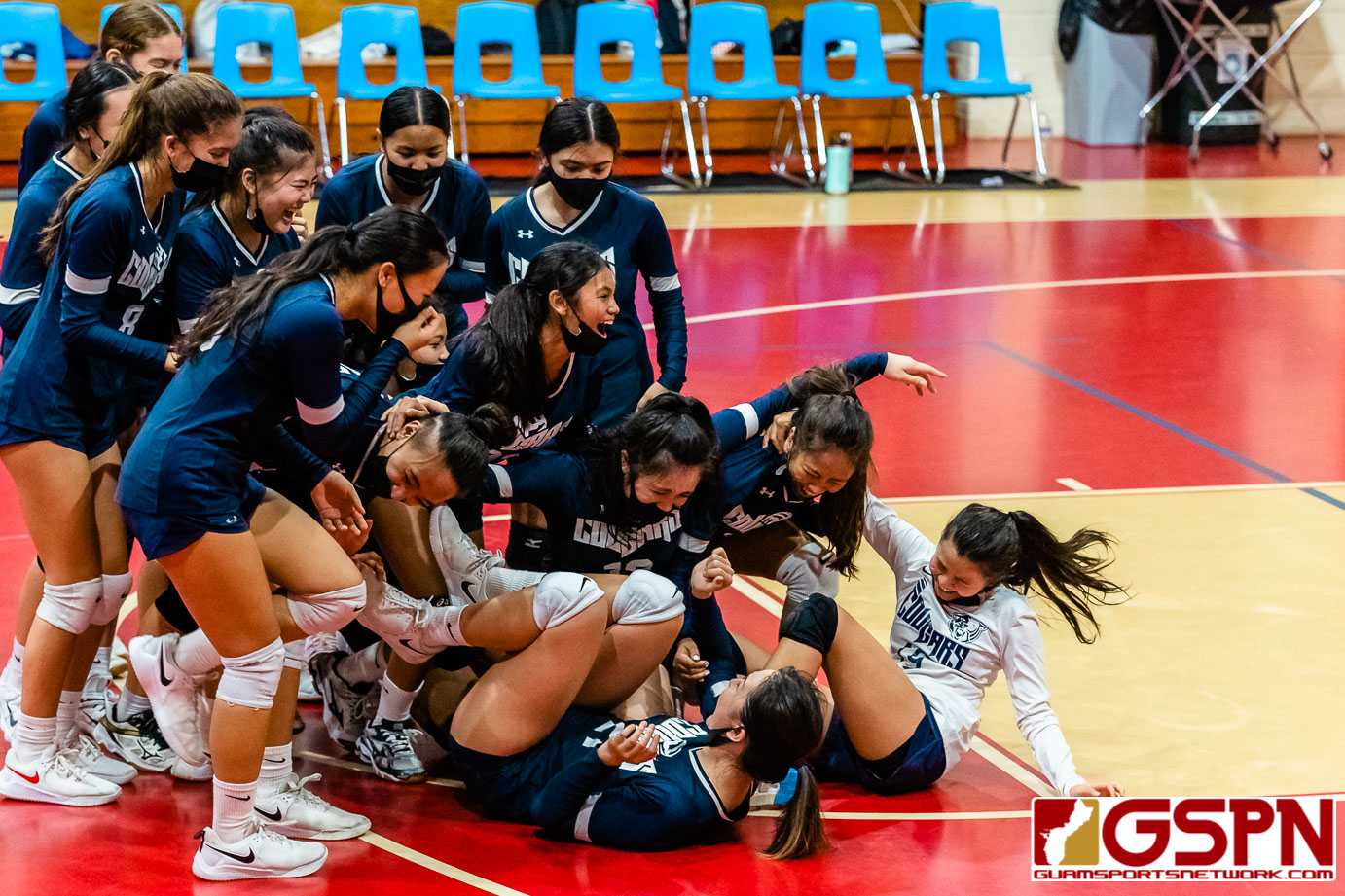 The Academy Cougars played spoiler to yet another unbeaten volleyball season for the second year in a row, this time taking down the St. John’s Knights in four sets in their semifinals showdown Tuesday evening. The visiting Cougars played with extreme poise, winning in convincing fashion 25-20, 19-25, 25-19, 25-18.

It was a down regular season for the Cougars as they fell to the bottom of the five-team league, winning just one game all year. They were considered underdogs against the Eagles in the quarterfinals, whom they narrowly defeated in four sets to get into Tuesday’s semis. But against the Knights, they were told to throw everything about the season out the window.

“Having a season like that motivated us. I tell them from the beginning, it’s a journey to get to the playoffs and that’s when the real game is being played. A record is a record, it’s only seeding. Of course you’d want to be an undefeated team, but I’ll take [a win] any day,” said Cougars head coach Manny Guarin.

Academy had pushed the Knights to a five-set game earlier in the year, which had given them a boat load of confidence in their third meeting with St. John’s.

“We worked hard this season and we wanted to show everything we had tonight,” said Cougar middle blocker Gabriella Mata.

“We brought our best and just used what we had. We feel we improved ourselves and our skills to be ready for any team,” said setter Jaeana Reyes, who gave her hitters great looks all evening.

The Cougars biggest weapon on the night was Reyes, who coach Manny Guarin considers the teams rock. Reyes worked in eight different Cougars who got kills on the night and provided the leadership role in the games most crucial moments.

“We just did our best and played with our hearts because we really had nothing to lose,” said Reyes.

“[Reyes] thinks just like me, which is exactly what you want your leaders be. She provides great leadership and we knew that today was going to be tough, I always tell them, one step closer to a Championship is going to get harder and harder, and she was that rock and ran that offense,” said Guarin.

The Knights had a big night from middle blocker Wendy Zheng who had eight kills and three blocks. Hitter Jadyn Palomares also had eight kills on the evening with Kaia Malakooti leading the team with 10 total kills to round out the best of the offense.

The Knights started the opening set with a 5-0 lead as MVP libero Yasmeen Lopez collected a pair of aces while Palomares and Zheng each had kills in the run. The Cougars responded with a 4-0 run of their own behind lethal serving from Melanie Damian who pocketed two aces, part of her big night at the line. Mata would get her first two kills of the game late in the set, sparking a set-clinching 8-3 run to put the Knights in hot water.

St. John’s responded with a strong 2nd set with Malakooti stealing the show late in the set. Kaia would lock in three kills that helped stretch a 16-15 lead into a 21-16 in the blink of an eye. A hitting error by the Cougars would give the 2nd set to the home team Knights.

Academy jumped out to an early lead in the 3rd which they maintained throughout the set. A block from Mata on Zheng followed by a big kill from Genice Torres off a long rally had the Cougars sitting comfortably at 23-17. Damian would end the set in style for the Cougars, getting her fourth ace of the contest for the set point 25-19.

Cougar Sadie Gutierrez got her team fired up to start the 4th set, using two aces to quickly get an early 5-0 lead. St. John’s took a timeout down 10-4 and appeared to turn the game around. Three kills from Zheng and three from Malakooti allowed the Knights to take a 12-11 set lead. Academy would respond out of a timeout of their own by retaking the lead off a Mata kill 13-12, followed by another Mata kill for back-to-back points. Damian would add her fifth ace for good measure for the teams 24th point in the 4th set with a hitting error ending the night for the Knights.

Now, in just a few days the Cougars and ND Royals will compete for the IIAAG title for the second straight year.

“We’re going to be preparing for the unexpected and we’re just going to play our hardest against ND,” said Mata.

“We’re more confident in ourselves because we know our potential, but we’re never underestimating anyone and know [ND] is a good team so we need to be ready for anything,” said Reyes.