A homecoming celebration that never stopped – the Titans celebrated more than just senior night after defeating the GW Geckos in straight sets. 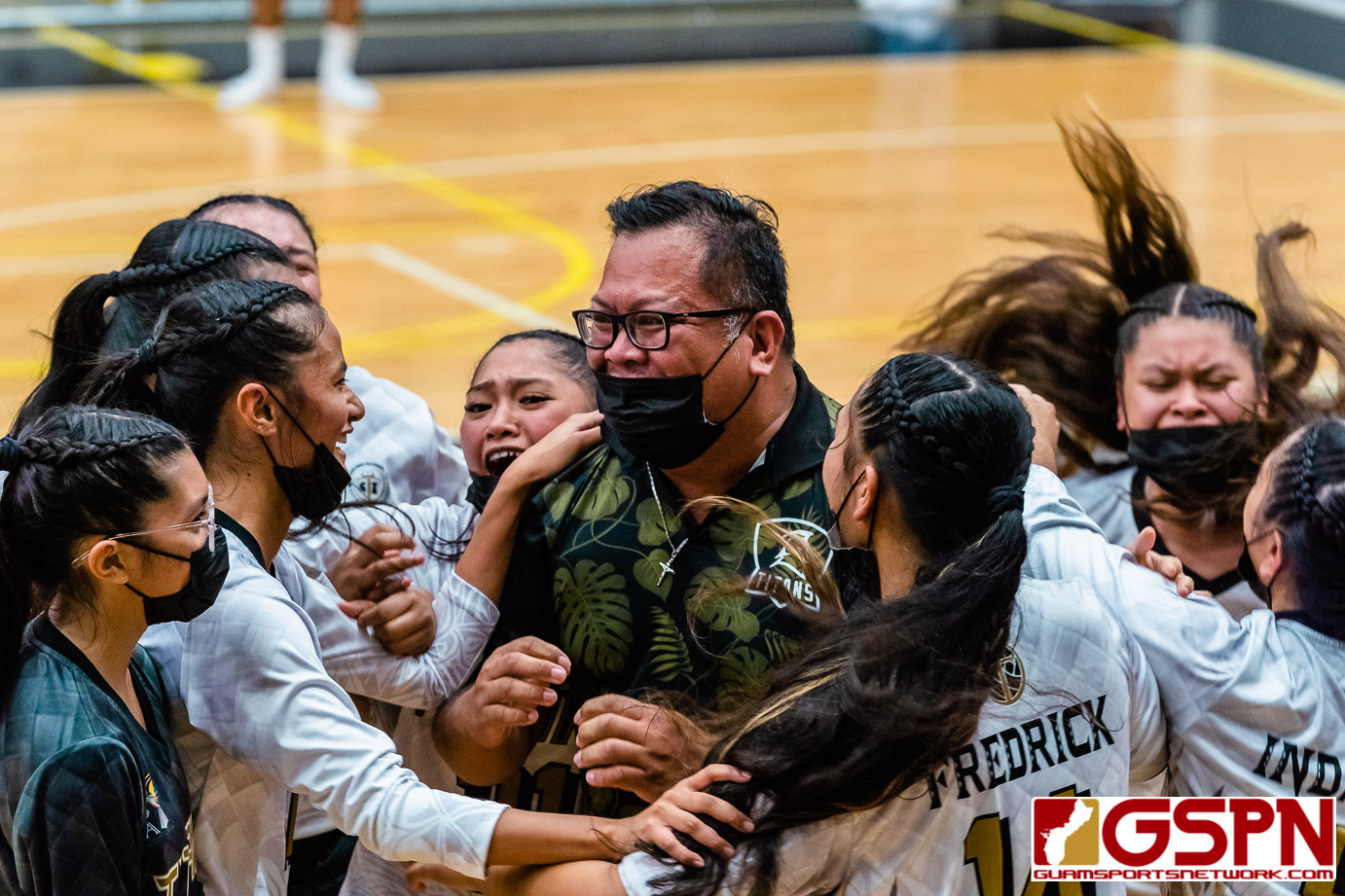 The Tiyan Titans provided a little shake-up in the league right before the start of the 2021 ISA Volleyball playoffs by sweeping the top seeded GW Geckos in straight sets Thursday evening as the Titans celebrated their homecoming night. Tiyan stunned GW 25-19, 25-20, 25-21.

Tiyan took advantage of an errant filled game from the Geckos while being led by sophomore Kaya Nededog’s six kills and three aces. Setter Christine Leon Guerrero added five aces on the night while keeping her hitters busy.

“We had the mindset that we were the underdogs and really wanted to prove ourselves, especially going into the playoffs, and just how much we have to bring to the table,” said Leon Guerrero on the emotional night.

The Titans were extra motivated to get their first win over the Geckos this season after losing in their first meeting in four sets, but while also while celebrating the four seniors on the team in their final regular season game.

“We were really motivated to play this game today. We wanted it, especially for our seniors, and we just wanted to push for them and our coach,” said Nededog.

The floor was shared by a large majority of Untalan Wildcats with plenty of the Geckos and Titans having played together in middle school.

“I think it was a friendly competition and those girls are amazing. I think we both brought it tonight, but much respect to them,” said Leon Guerrero.

“It really came down to who was going to bring their ‘A-game’,” said Nededog.

GW was led in kills by Bonita Castro’s eight kills.

Tiyan played their best late in the sets using set-clinching runs to pull off the late-season upset. The Titans used a 5-1 run, highlighted by a Nededog ace, to take an 18-13 lead. GW would storm back after a kill and block from Janae Cabrera to get as close as 18-17, but the Titans used a 7-2 run to steal the opening set.

The Titans would grab a 20-16 lead after two aces from Hope Roberto, but Gecko Chloe Cali would notch two kills to cap off a short 3-1 run. Titan Zoey Indalecio would answer with a pair of kills followed by a set-ending kill from Cheifhanna Frederick, to end the set on a 5-1 run.

Leon Guerrero served three aces in the final set with her final ace giving her team a 13-12 advantage. Cabrera would briefly give GW the lead off her fifth kill of the night 15-14, but Titan Indalecio would give her team the lead for good after her third ace 17-16. Mnelvi Rechim would put the finishing touches on the night, serving an ace for the final point of the set 25-21.

The Titans will have a BYE on the final day of the regular season as they are set to lock up the 4th seed. GW will play Southern with the playoffs set to being December 9th.