The JFK Islanders avenged an earlier season loss against the Southern Dolphins as the ISA Volleyball Season winds down. 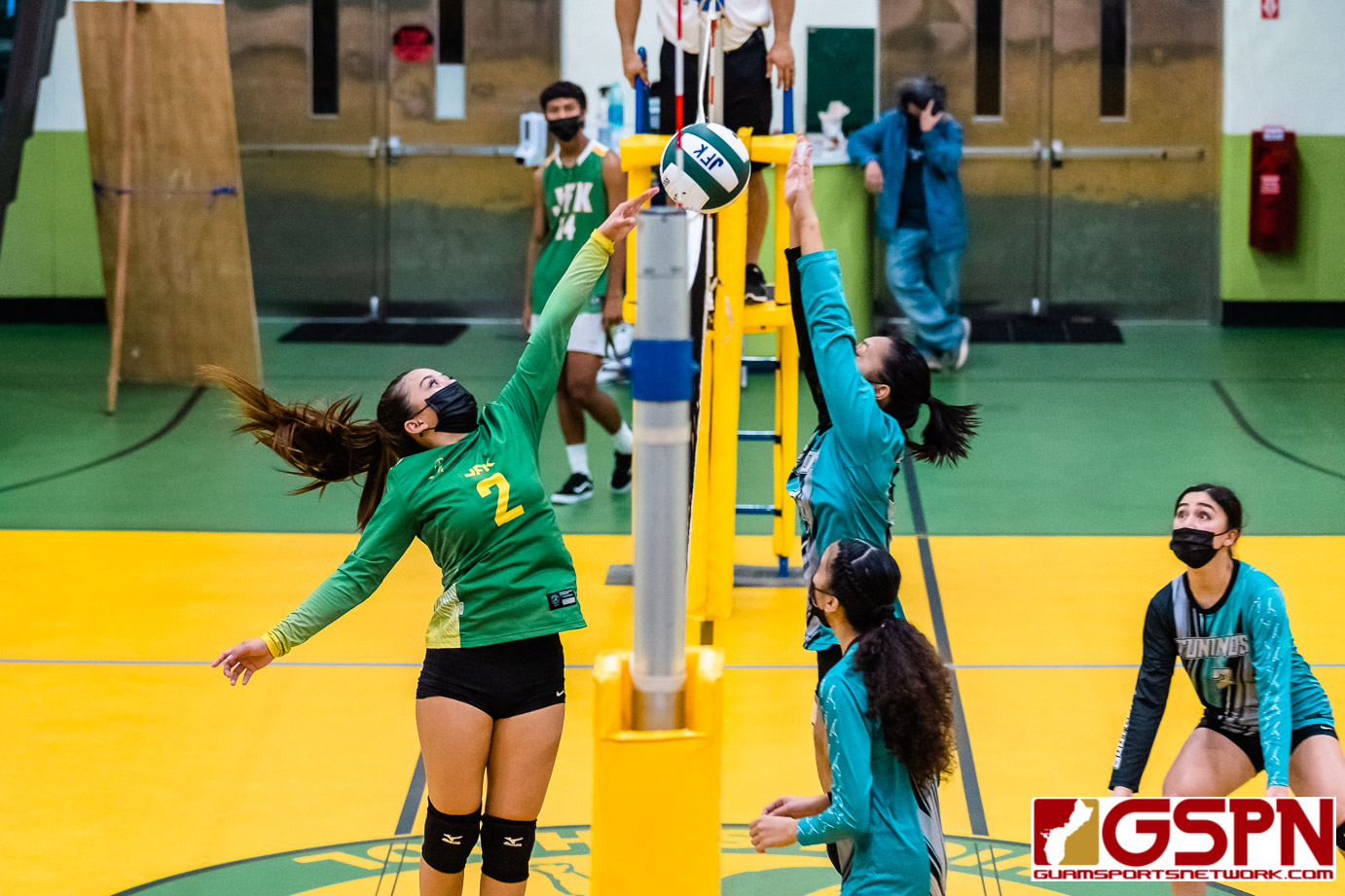 The JFK Islanders improved to 6-3 on the season by defeating the Southern Dolphins in straight sets 25-13, 25-23, 25-20 in an ISA Monday evening showdown at the Islanders gym. Southern falls to 2-7 on the season after the loss.

Led by sophomore setter Philicita Rivera, JFK used just enough offense to overcome an error filled contest to avenge an earlier season loss to Southern. The first time these teams met, Southern had swept JFK in sets which made Monday’s victory a little sweeter for the Islanders.

Rivera was able to catch the Dolphins off-guard on three different occasions for setter dumps for three kills of her own, but she was also able to get five different hitters in on scoring for the night for a balanced JFK attack.

“I wanted all of my girls to get as many hits as possible because I know they’re all really good,” said Rivera on her approach to working the ball around.

JFK’s Alessandra Pagdilao led all Islanders with five kills while Maria Calvo and Tommie-lyn Santos had four kills each. Calvo was also big at the service line scoring four aces on the night.

The Islanders cruised to an opening set victory, but Southern showed resolve in the 2nd set where they were threatening a comeback after a strong of JFK hitting errors, setting up a 24-23 situation. The 2nd set would land in favor of the Islanders with Southern faulting on a hitting error at the net.

The Dolphins took their first lead of the game 16-15 in the 3rd set. JFK regrouped and retook the lead after back-to-back aces from libero Lyca Alves which was part of a 3-0 run to get up 20-17. Kills from Santos and Gabby Fernandez gave the Islanders momentum while Calvo ended the evening from the service line with an ace 25-20.

“It was all about keeping our composure,” said Rivera on what the key point was in closing out the set after trailing for the first time. “We had to have a strong mindset in order to finish out that set.”

Rivera appeared to be tweak her ankle late in the 3rd, but still powered through to deliver clean sets on all three of the Islanders final kills to win the game.

JFK will travel to face GW next Monday as the season comes to it’s final two weeks of play. Southern will travel further up North to face the Sanchez Sharks next week Monday as well.