ALL-STARS GETTING READY FOR BIG GAME ON SUNDAY

Athletes excited to play amongst the best 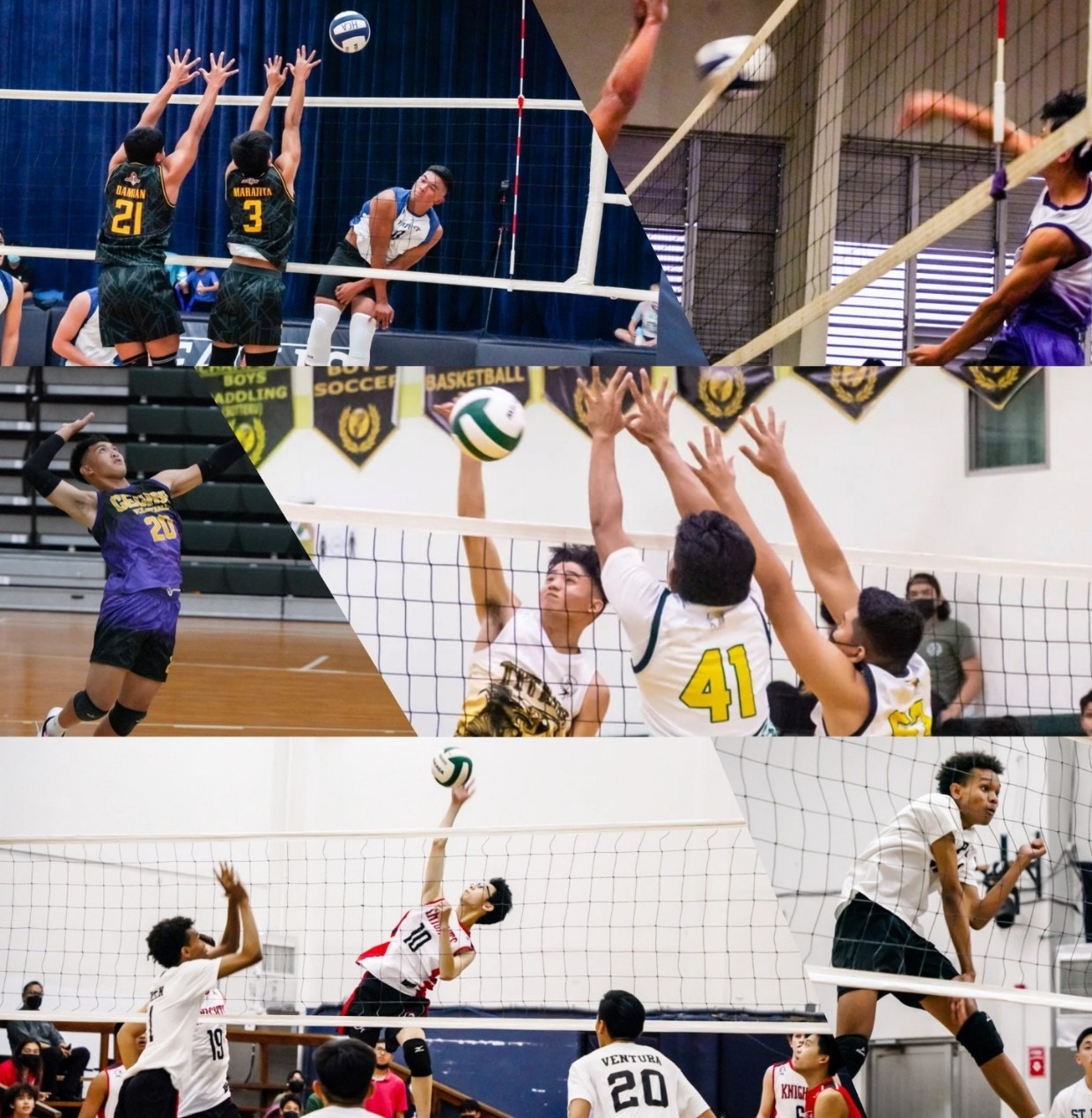 With the volleyball season split into two separate leagues, the all-star game will feature both the ISA and IIAAG All-Island selectees who were drafted by the two respective league championship coaches. The teams were drafted by alternating between public and private school players to ensure equal participation from both leagues.

Kicking off the All-Star Game preview, we headed over to the Tiyan gym to speak with members of Team Hurao to get their take on the upcoming game and on their selection to the big event.

“It feels great to play as a champion and as an all-star in this game because I feel I worked hard for a lot of things I did and it’s a good way to ease off the gas pedal of the competitiveness of the season. To play and have fun with these guys that are absolutely incredible to play with…it feels good.”

On the Hurao team this year are selectees who are the lone representatives of their respective schools. We caught up with two of those athletes to get their take on their selection to the all-star game.

Being the only one from GAA to be selected to play, “It feels pretty surreal. I didn’t think I’d get picked for this but I’m grateful for the opportunity.”

“It’s a great feeling knowing that coaches see me as an all-star out of everyone in the league because there are a lot of players…I’m glad I can also represent my school for volleyball.”

After the draft list was made public, many volleyball fans to include some of the draftees, noticed that many of the respective leagues heavy hitters were on Team Taga, but that didn’t phase the members of Team Hurao.

“Honestly, I think we will do fairly well because they may have some heavy hitters, but I like seeing the defense and how they work and we have some really great hitters who weren’t able to shine in the season,” said Alvarez. “I see them playing right now and I think we will be just fine.”

“We too have heavy hitters so I’m confident in our ability to compete and I think we will be successful against them,” added Sgambelluri.

“To me it’s just for fun (playing in the all-star game), but to see my team’s attitude toward the game it seems like we are out to prove we are the better team, so I’m going to go along with that ride and say we will take this competitively,” said Alvarez. Ending with a message to his FD coach and teammates on the opposite side, “Good luck…we’ll see you on the court!”

Moving on to the village of Mangilao to meet with Team Taga who were running practices along with members of Team IIAAG from the JV All-Star Team at the Phoenix Center.

Not only is the Taga team comprised of the island’s best hitters, it’s also the team that has both league MVP’s on the roster. Representing Team Taga we caught up with two-time ISA MVP and member of the ISA champion Tiyan Titans VJ Rosario and GW libero Leiland Gumabon to get their take on the upcoming all-star game.

“I feel hurt, me and Xander especially? Wow coach! Honestly it’s fine…it’s a different dynamic, different environment than what I’m used to…but it would have been nice if our coach chose us,” joked Rosario when asked his feelings of not being selected by coach Pama.

Rosario understood and agreed with his former coach’s pick of fellow Titan teammate and setter Tyrone Buekis who coach Pama selected first overall during the draft.

“I understand and agree with his first pick especially because he’s (Bueckis) a setter and coach is working around the setter position…so that was a good first pick I think.”

“I feel honored because I could have been one of those who didn’t get chosen…so I’m glad that coach Steve chose me,” said Gumabon. “I also like the fact that I’m still able to put in the work even after the season has ended.”

“It’s an honor and a pleasure to be able to work with those two (VJ Rosario and Wes Keith) because they represent both leagues as the MVP’s and they were chosen by the coaches for a reason.”

Knowing that their team is stacked with heavy hitters, both Rosario and Gumabon agreed that the ability to work in unison will be key to their success.

“Within our leagues, we’re pretty familiar with each other and a lot of us are friends so we know how they play,” he added. “Their hitters are just as good as ours but being a little biased because this is my team, my hitters can slam!”

“Honestly, both teams are strong, so I think it’s going to be a close and tough game because everyone’s spread out,” said Rosario. “I think we’re all on the same page and because this is the all-star game and not Tiyan vs. FD, the vibe is good…so I love it,” he added.

If day one of the teams’ practices leading up to the All-Star game is any indication as to what the crowd can expect during the game, it is heating up to be a very high powered and exciting game to watch.

Tickets will be sold at the door at $5 for adults, $3 for students/seniors. Gate and concession proceeds all go to the Guam volleyball community.

The Varsity All-Star Game will also be broadcast live on www.guamsportsnetwork.com with Al Garrido and Chris Shepherd providing the play-by-play powered by IT&E.