First overseas competition will be the Mini Games 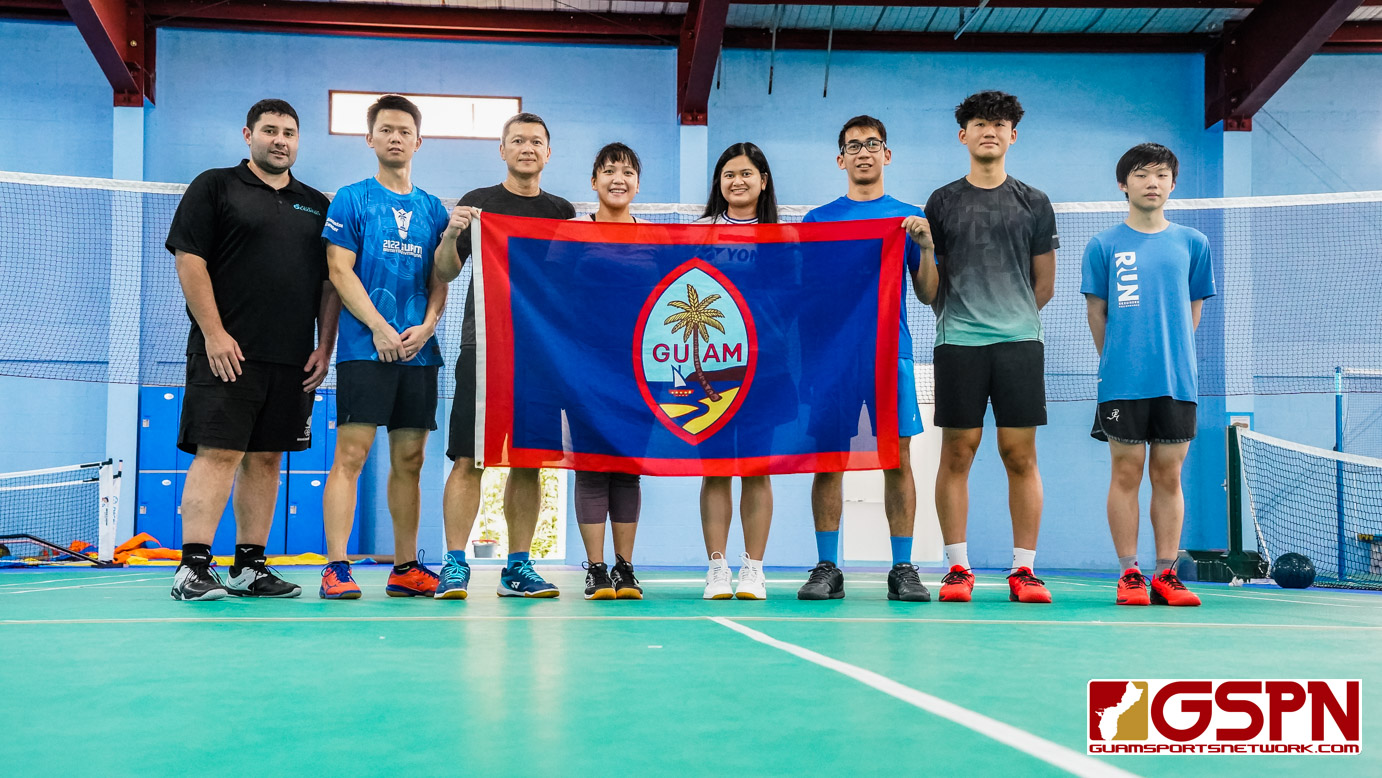 For the first time in Guam history, a national badminton team will represent Guam overseas. For their first competition, the team will have to take on the region’s best at the Pacific Mini Games.

The Guam contingent will send a complete male team of four and two females. Their competition has started the preliminary rounds and will end on June 25th. All games will be played at the Gilbert C. Ada Gymnasium. A total of seven countries will play with a total of 64 athletes.

A HOME OF THEIR OWN

The Guam National Badminton Center opened their new gymnasium recently along Bello Road. The sport is heading in the right direction and the Mini Games will be just the beginning of Guam Badminton.

“The goal is to have the players to gain experience and compete against international competition,” said coach Rui Wang. Wang said the new facility will help the sport grow and hopes to raise the level of competition in the upcoming years.

“This is the only dedicated badminton gymnasium on Guam. We are serving the community on Guam, not only for our players but anyone who wants to try badminton,” said Wang. “We look forward to the future and welcome our juniors to join us.”

“I’m very excited for my very first competition, it is an honor and a privilege to represent Guam at the Mini Games,” said Jennica Silva. “Prior to the pandemic, we had training just Tuesdays and Thursdays at the Guam Sports Complex. Now, we have a new facility and we are training more often”.

“Its great for us to have this new facility that is available to us daily,” said Mary Ellaine Labang. “We had to share the facility before at the Guam Sports Complex, so having this new facility has helped us with our preparation.”

Robbie Thackham, who is with Oceania Badminton, paid a visit to the Guam team to help them for their first international tournament. Thackham, who is from New Zealand, will also travel to Saipan to assist with the Games.

“It’s really groundbreaking to have a new badminton gym here which has opened new opportunities to new players,” said Thackham. “Its a good strong foundation for future players, especially to junior players.”