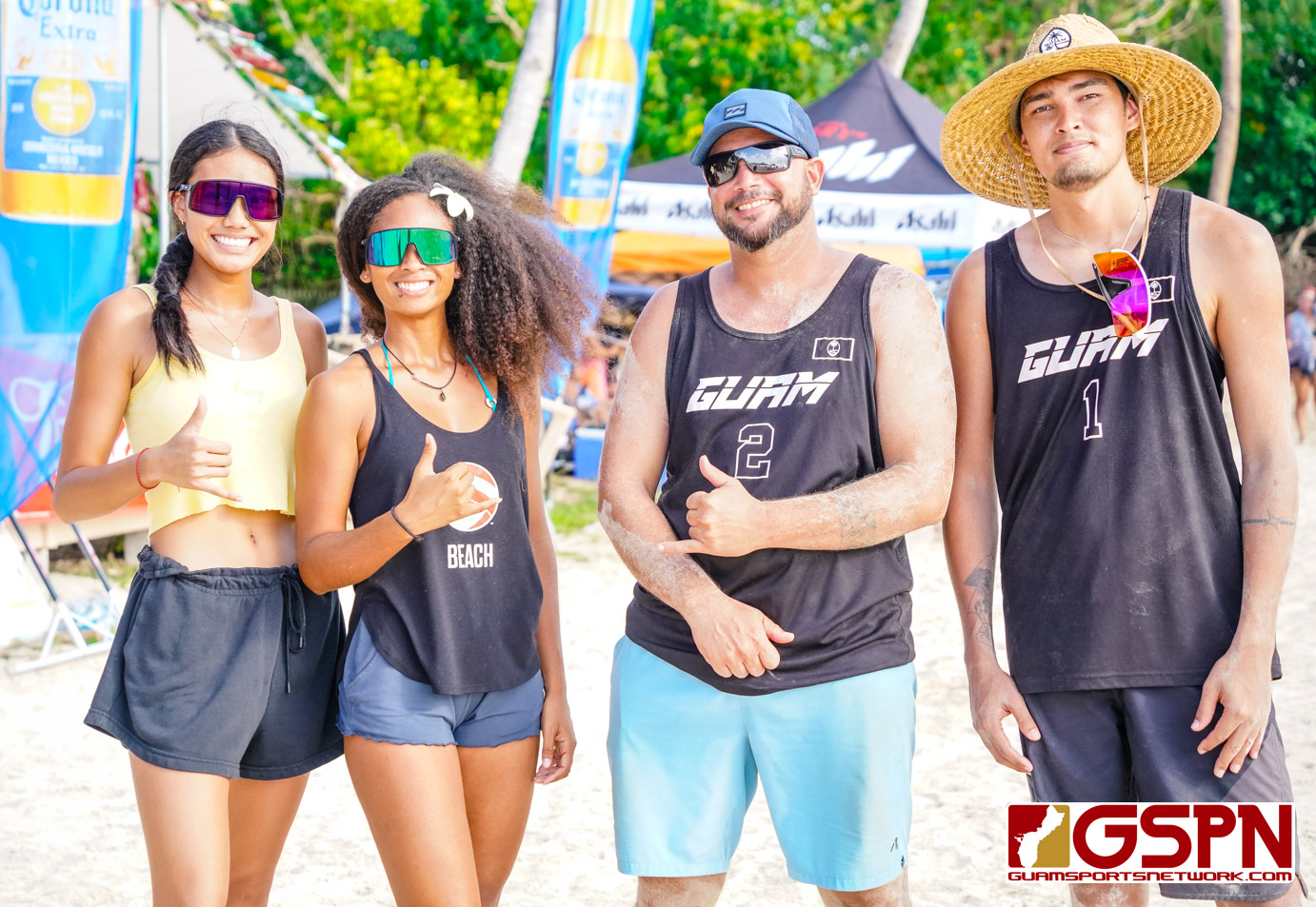 The team will be competing from June 20-24 in Garapan. Byrd went to the last Mini Games and brings experience to the group.

“Having her around has definitely an advantage. (Kendra) has the experience, she knows help me with my game both physically and mentally,” said Serrano. “Its like having a big sister with me”.

Since Beach Volleyball was included in the Mini Games in 2011, the women’s team from Vanuatu has won every gold medal. Serrano/Byrd will do their best to get on the medal podium and bring back some hardware.

The Balajadia/Shepherd team will compete internationally for the first time together but are confident they are going to do their best against the competition.

“We are going to go out there and do our best to compete for our island,” said Balajadia.

According to all the competitors, having the tournament in Saipan and travelling with a large group of fellow athletes will be an advantage.

For Balajadia, Shepherd and Serrano, this will be their first competition with other sports and fellow Guam athletes. They said they will make the best out of this competition.

“I’ts an absolute privilege to represent Guam. The pressure is out there to do Guam proud and that’s what it really is now – to do our best and make our island proud,” said Balajadia.

The women’s team competing for Saipan participated in the tournament on Sunday at Jimmy Dee’s Beach and they used the tournament as a simulation for the Mini Games.

The team of Charnessa Lizama/Kathy Winkfield will be representing CNMI in the PMG and was thankful for the opportunity to compete on Guam prior to June’s big events,

“We are lacking competitions like this in Saipan so we wanted to take this opportunity to play against a variety of players,” said Winkfield.

“This is the first Games for Saipan so all the athletes are taking their training more seriously and supporting each other,” said Lizama.

“The organization from Guam has been so welcoming to us and we thank them for that. They sent us an invitation to play here to help build our capacity in volleyball so we are grateful for their hospitality,” said Lizama.

Athletics, Badminton, Baseball, Beach Volleyball, Golf, Tennis, Va’a and Weightlifting will be in Saipan. Beach Volleyball consolation matches will be played in nearby Tinian and the Triathlon will take place in Rota.