DOLPHIN FRESHMEN TAKE OVER IN KICK-OFF WIN OVER GECKOS

ISA boys soccer kicked off Monday with a game between the Southern Dolphins and GW Geckos. 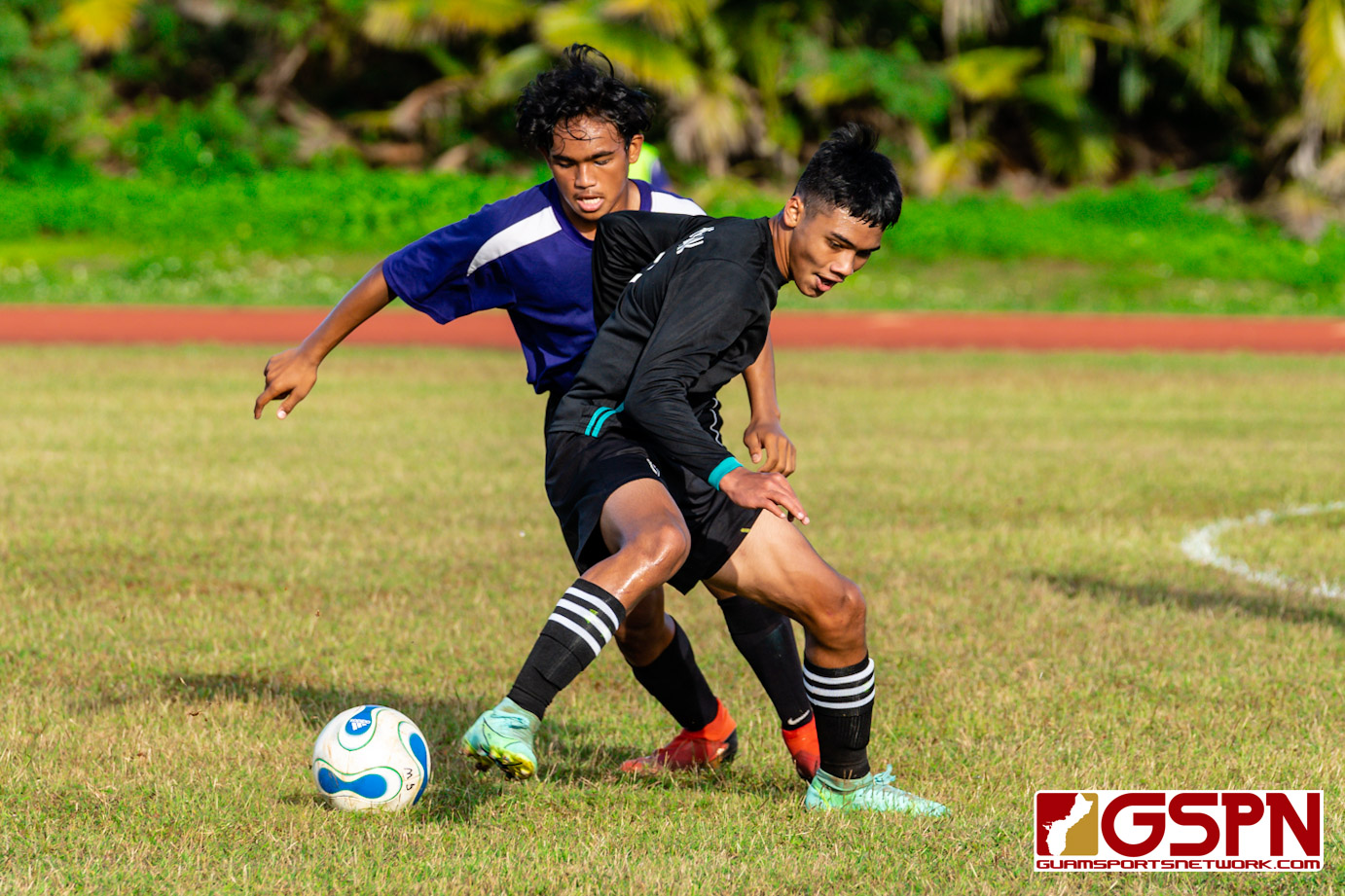 In their first career high school game, freshmen strikers Cody Pangelinan and Ethan Rioja totaled all five of the goals for the Southern Dolphins as they defeated the GW Geckos 5-1 at the Okkodo Field as the ISA Soccer season finally got started.

Pangelinan made a statement in the first half netting a hat-trick within the first 40 mins of play. Pangelinan scored his first in the 11th minute off a pretty rainbow shot to put Southern up early. It didn’t take long for Pangelinan’s second goal, scoring in the 13th minute off a rebound to have the Dolphins rolling early.

“I don’t even know,” laughed Pangelinan on what inspired his strong first high school game.

Pangelinan wrapped up his great first half with a goal in the 24th minute to complete his first high school hat trick in just his first game.

The Geckos would avoid a shutout by scoring in the 37th minute.

Dolphin’s Rioja took over in the second half by netting his first goal in the 47th minute and a closing goal right before the final whistle in the 79th minute. Even with the Dolphins working in plenty of rotational players, the team stayed aggressive which allowed Rioja to find his footing.

Southern had plenty of practice time with the season pushed back for two weeks which also meant being able to release so pent-up anticipation to play.

“I was just really excited. This was our first game in a long time,” said Rioja.

The two strikers both came from Oceanview and have a lot of familiarity with each other. Although they were short on words, their game spoke a lot louder, to which surely was more important for them.

Southern will look to continue their strong start as they take on the Okkodo Bulldogs Friday while the Geckos will host the Tiyan Titans on Sunday.