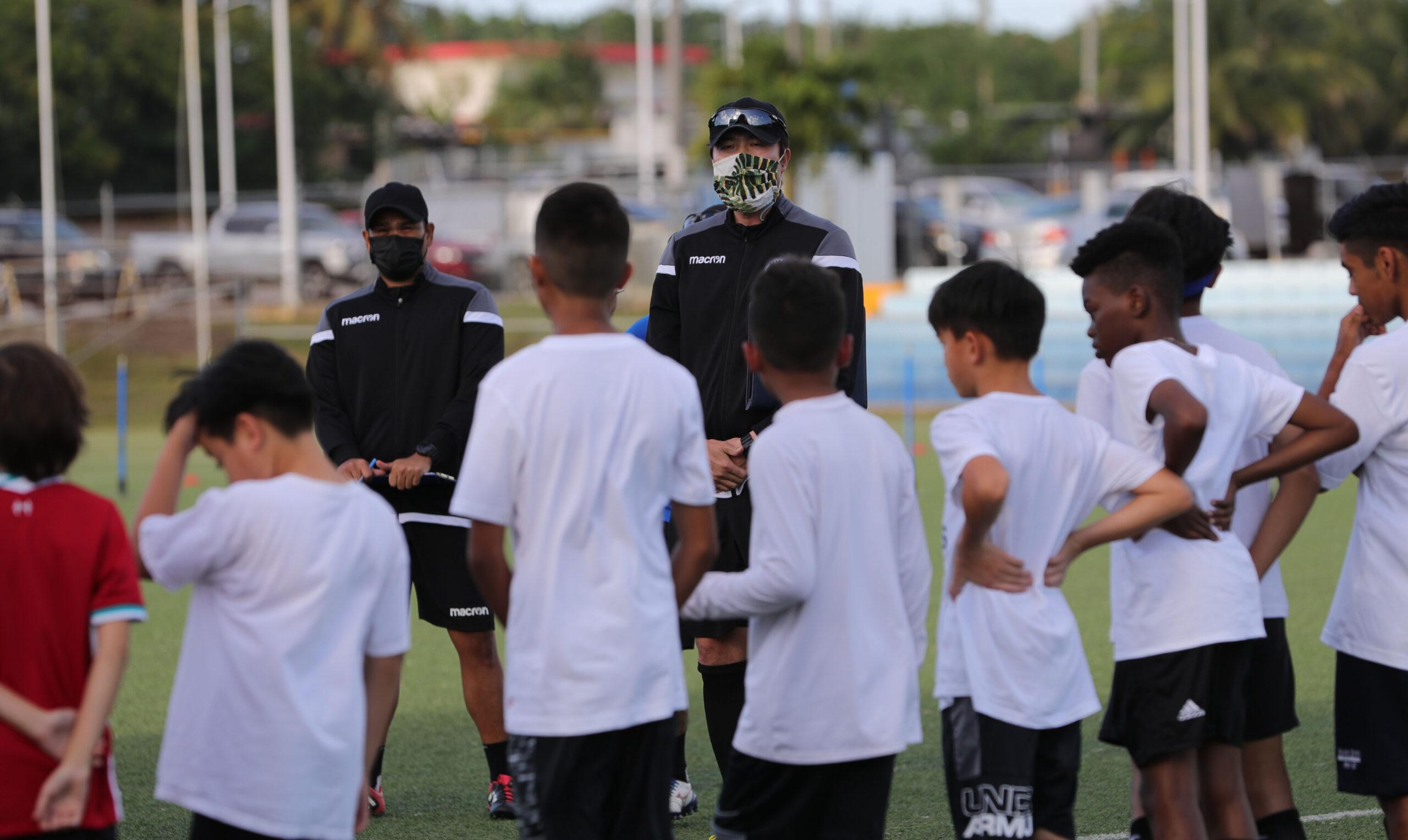 PRESS RELEASE – Coaches selected a total of 23 players and six reserve players to train as part of the Guam U14 Boys National Team following a three-day tryout event at the Guam Football Association National Training Center.

“It was a difficult decision for some places on the team, with several players noted as putting in their best efforts to impress coaches at the tryout sessions,” said Kim, GFA Technical Director for the Men’s Program and Head Coach of the Matao, Guam Men’s National Team. “I want to thank all the players who came to the tryout sessions to showcase their skills and knowledge of the sport, as well as their parents who attended the Open House meeting and supported their sons.”

Players selected will be training three times per week at GFA beginning this week. Monday’s session will include a players meeting with coaches.