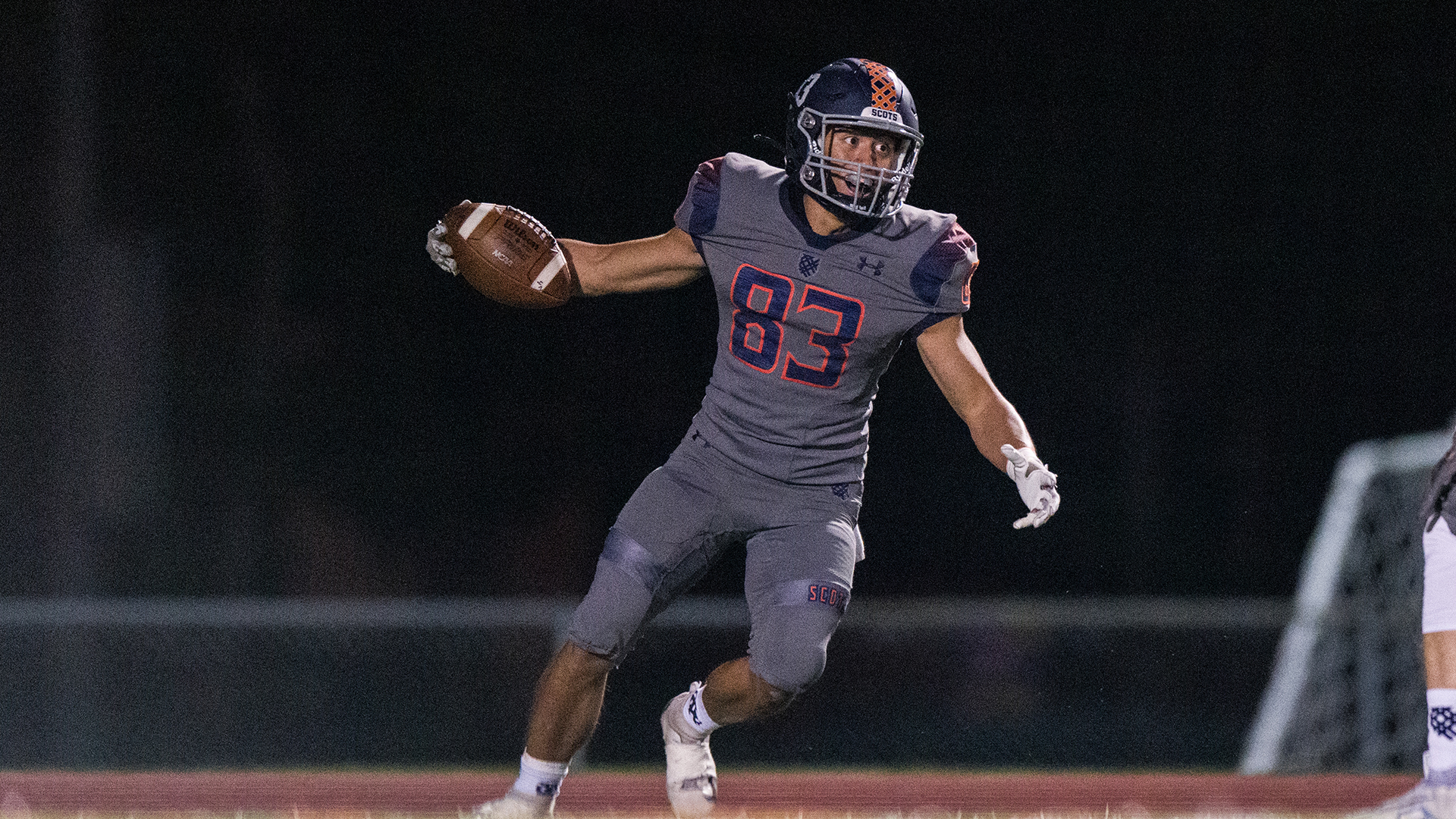 Wide receiver Brian Anderson from the magnificent village of Malesso punctuated a tremendous victory for the Macalester Scots with a 45-yard touchdown reception for the decisive score in a 43-7 victory over Martin Luther College.

The Macalester College football team racked up 564 yards of offense and the defense allowed just 252 yards. The win, combined with the season opener 45-24 triumph at Minnesota Morris, gives the Scots a 2-0 record to start the season for the first time since 2018.

A speedy, tough athlete with nerves of steel, Guam’s own Brian Anderson ran a brilliant crossing route into the heart of the defense, snatched the football out of the air without breaking stride, and comfortably smoked the secondary defensemen into the ground, smiling angelically as he ran into the end zone.

Anderson’s jubilant Macalester teammates were so overjoyed by his heroics that they pummeled him playfully into the turf. Thus, tussled and disheveled, Anderson ambled happily over to the Macalester sidelines where 700 rowdy fans joyfully sang his praises.

With his relentlessly polite, sneaky funny island boy personality, Brian Anderson has established himself as a Macalester fan favorite and a quiet team leader.

For Anderson, his journey back to Macalester and college football has been one of trial and perseverance. As with many other college students, Anderson’s studies were abruptly disrupted by the COVID-19 Pandemic. Once back on island, Anderson felt the call to help his family and he gave up a year of academics in order to stay and take care of his elderly grandmother on Guam. Sadly, she eventually died and Brian was shaken and unsure about returning to college so far away from the comfort and safety of home.

“The Pandemic really shook things up. At first, I wasn’t sure about coming back to Macalester. But I chose to return because I wanted to finish what I had started. I want to be someone who sets his mind on a goal and follows through, no matter how uncomfortable things might be,” Anderson remarked.

Now back in Minnesota, the former Father Duenas Friar standout has joined a talented group of wide receivers who look to lead one of the nation’s most aggressive passing attacks. In his junior season, Anderson also looks poised to make an impact as a Special teams kick returner. At 5’8” 160lbs, the powerfully built Anderson has established himself as the fastest player on the football squad. This week, he is expected to shine in his role as kickoff return man and punt returner against the St. Olaf football team on Sept. 24 in the first MIAC game of the season.

The Minnesota Intercollegiate Athletic Conference (MIAC) is one of the strongest NCAA Division III athletic conferences in the nation, and its top teams are always nationally ranked and in the hunt for NCAA championships. The MIAC’s 13 private colleges are all members of the NCAA Division III and annually attract many of the nation’s top student-athletes.

The Macalester Scots will face off against St. Olaf at 7:00 p.m. (Central Standard Time) at Macalester Stadium.

The game will be broadcast live on Guam this Sunday, Sept 25 at 10 a.m. (Guam Time) via internet at https://athletics.macalester.edu/watch/?Live=302&type=Live.