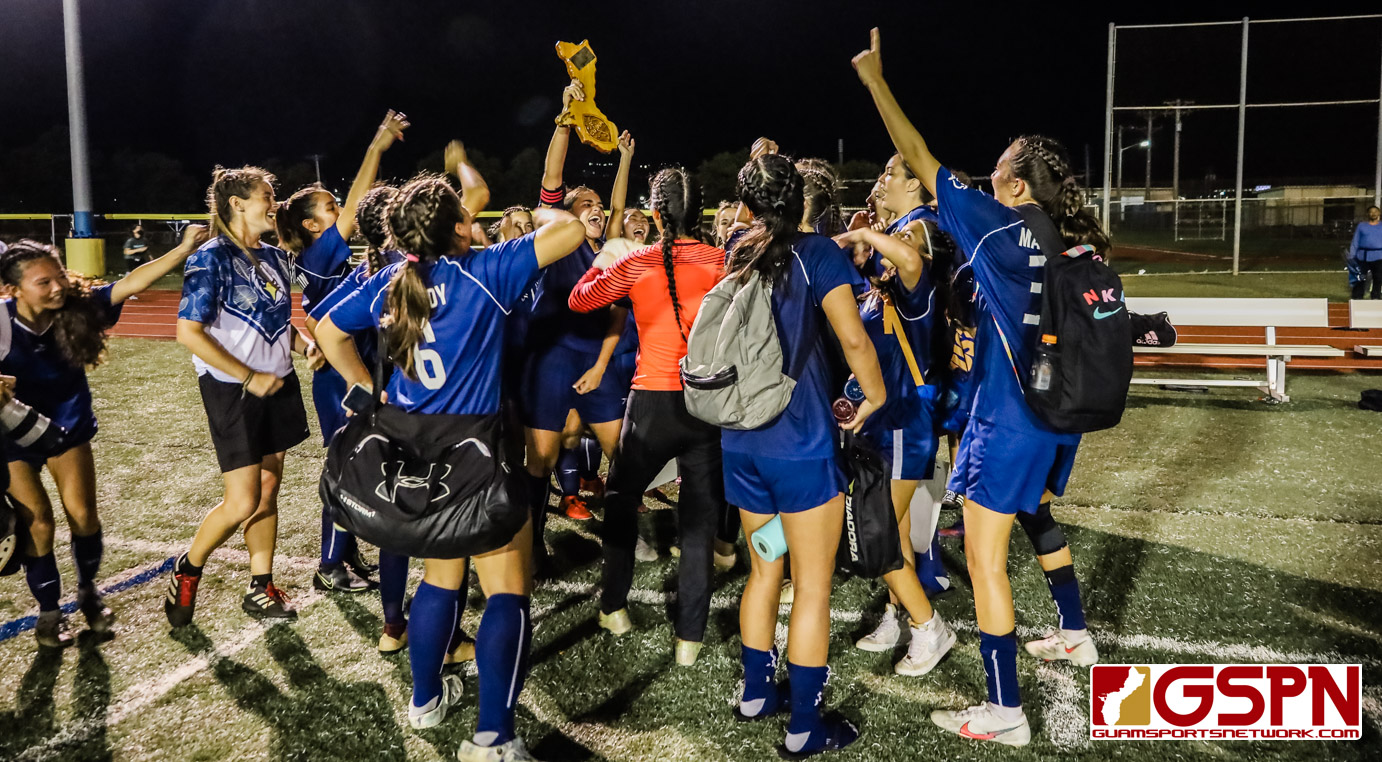 The scouting report was right. Harvest needed to lead at halftime to have a shot at winning the IIAAG Girls Soccer League championship.

Seniors Yasmeen Lopez and Kaia Malakooti, both St. John’s Knights who transferred over to play with the Eagles after the Knights folded earlier in the season, scored high-level goals in the first half and the defense did the rest as Harvest blanked the previously unbeaten Academy Cougars 2-0 Tuesday night for the title.

Four of the Eagles’ starters came from St. John’s and the talent paid dividends. In fact, the Knights were defending champions but couldn’t sustain their team after their first game due to injuries and participation in other sports.

“After losing two to them (6-1 and 2-1) in the regular season, we were really motivated tonight,” Lopez said. “Everybody did such a good job today. The first five minutes of the game, it was a bit rough. I’d say it was the nerves.”

Both teams came out playing fast with no one team controlling the tempo and shots on goal hard to come by.

About midway through the first half, Lopez delivered a beautiful rainbow chip shot from about 20 yards out that floated over the outstretched vertical hands of Academy goal keeper Taylor-Love Duenas.

The Eagles would then strike for what would be the last score of the night as Malakooti beat the halftime horn with a power shot that went off Duenas’ glove.

The scouting report said that a halftime lead was necessary due to a deeper Academy roster, however, the Harvest defense stepped up and sustained its presence until the final horn.

“We made some switches later on in the season, moving Olivia Haddock back to defense,” Eagles head coach Janae French said. “That really made a big difference adding that speed. Danni Jo (Santos) too, brought her back and that really helped out.”

Snagging shot after shot protecting the goal was Gabi Moser, who came up with a few brilliant saves.

“We played composed tonight and I think that’s what was missing in our last game against them,” Coach French added. “We controlled the ball, passed a lot more and had much better opportunities.”