MMA action back for fight fans after COVID pause 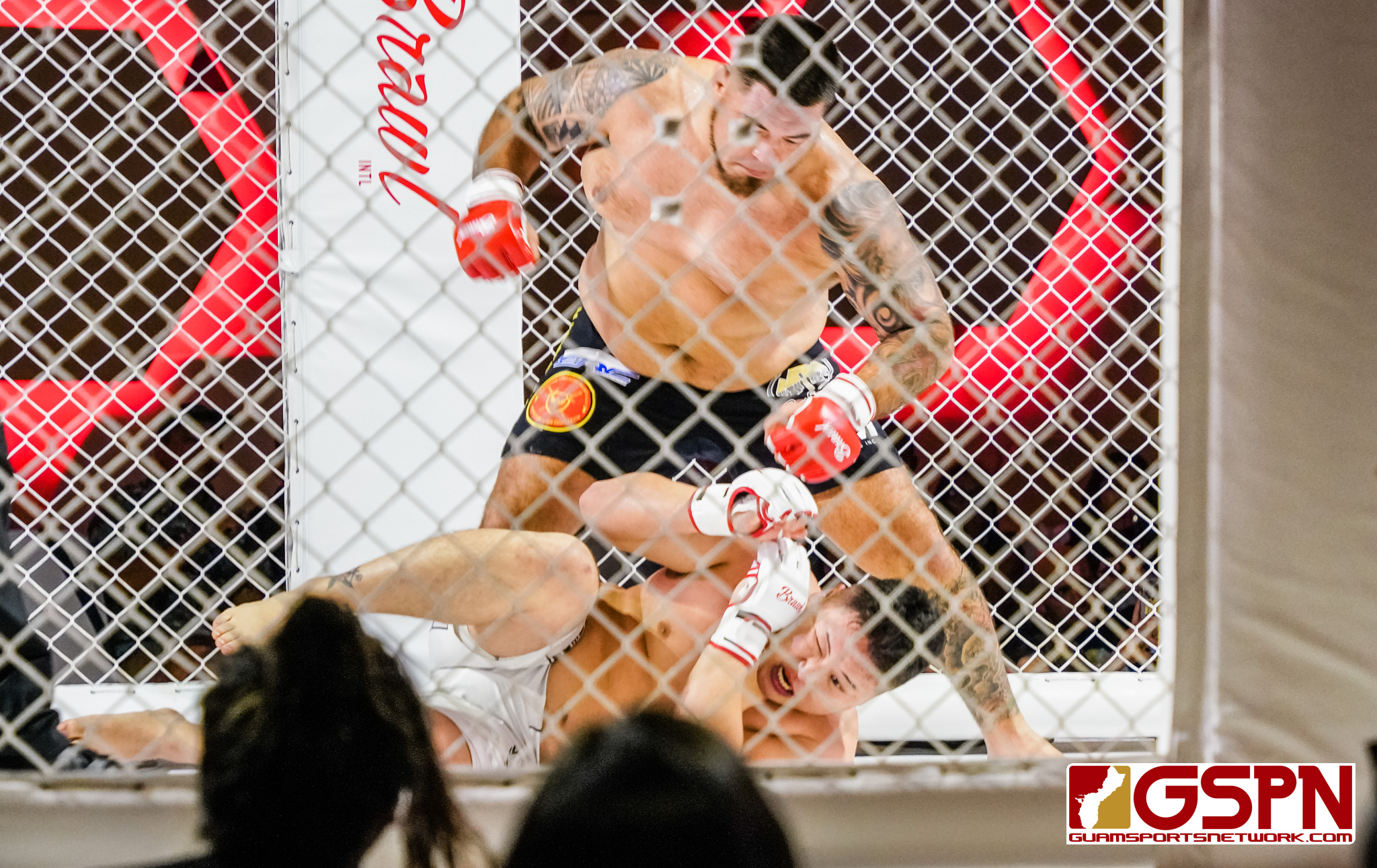 Guam heavyweight champion Roque Martinez had an easy night at the office as the headliner of Brawl 2 Friday night at the Dusit Thani Resort Guam in Tumon.

Six years since he last fought in front of the home crowd, the 36-year-old Martinez didn’t disappoint a well-dressed packed crowd in the five-star ballroom. It had been 17 months since his last competitive action where he finished off his UFC contract losing three close battles.

This time, Martinez faced a much smaller opponent with far less experience in Japan’s Yuichi Yokoyama. The outcome of the fight was virtually known upon signing the contract as any MMA average fan knew what was going to happen – a Martinez domination.

The Guam champ could’ve finished the fight at his discretion, however, gave his opponent numerous chances to get on his feet to keep the action going. In fact, the fight was called just about a minute into the fight after Martinez’s body kick to the downed opponent caused the referee to stop it. Despite calling the fight, the crowd wasn’t fulfilled and a recovered Yokoyama was ok to continue – which it did to all’s delight.

It was just a matter of moments as Martinez eventually took the fight to the ground and easily finished it with a rear naked choke midway through the 10-minute first round.

Maeda and Crisostomo jockeyed for position along the fence for major parts of the fight, both getting a couple of shots in on one another, until Maeda landed a perfect knee to the head while Crisostomo was ascending from the ground position. Maeda took advantage of the dazed Crisostomo and went in to wrap up the rear naked choke for the title in his first fight ever outside of Japan.

“I am Japan. I love you,” said an exuberant Maeda to the local crowd. “I love your country. You are very beautiful people.”

Maeda was to take on Seay Camacho, however, a late injury pulled Camacho off the card and Crisostomo stepped in as a replacement. It is Crisostomo’s fifth straight loss as he falls to 2-6 as a pro.