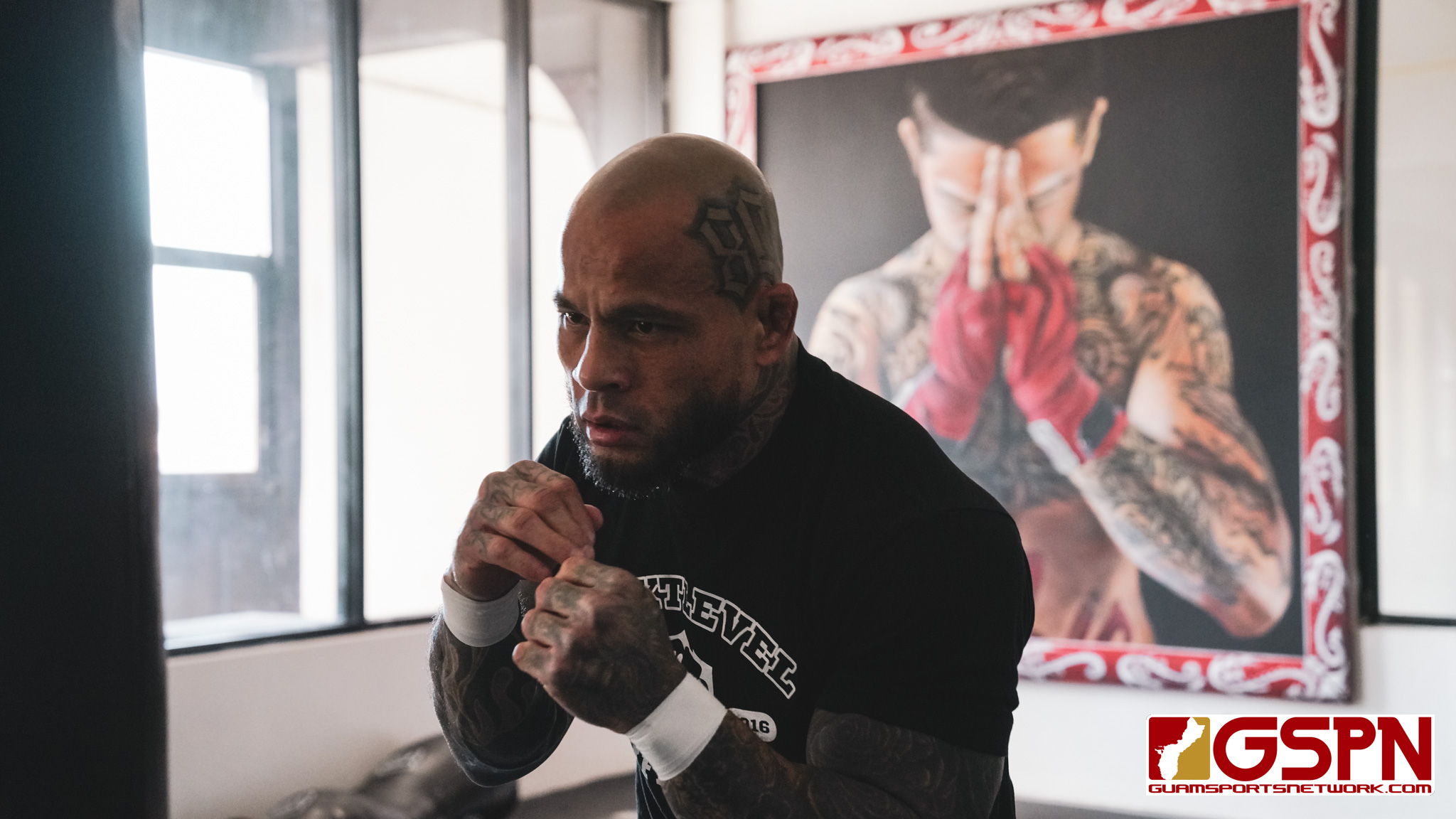 Alex Castro and bare knuckle fighting seem like a marriage made in fighting heaven.

For local fight fans, the viciousness Castro had brought to the mixed martial arts scene fits perfectly into the bare knuckle game.

Now 42 years old, the Agat brawler will get the professional taste of it after signing to fight in the Asian circuit of Bare Knuckle Fighting Championship on December 10th against Swedish fighter Gustaf Cedermalm in Bangkok, Thailand. The bout will be a catch weight of 149-lbs.

“I’m stoked about it, especially being the first fighter to represent Guam at that level,” Castro said. “I grew up fighting on the streets, so transitioning from MMA to bare knuckles is not something new to me. It’s where I feel safe at.

“This is where I really belong. If they had bare knuckle back 10 years ago, I would’ve done that.”

Well documented of having trouble with the law, Castro spent six years in prison at the Department of Corrections before being released on November 19, 2019. Since then, he’s focused on training his mind and body to be in tip top shape while pushing his Most Hated apparel brand.

With the inner fire to continue to fight after his release, Castro took a practical approach. Three years straight of just training provided a gauge to where he stood with the younger guys with UFC fighter Trev Jones as his litmus test. He event took on J.J. Ambrose in a Glorified exhibition boxing match which he considered a success.

Just this week, Castro was given the official notice that he is no longer on parole.

“I’m a free man! I’m just letting all of this sink it. It’s so surreal and it’s nothing but positive energy.”

– Alex Castro on being released from parole

“I’ve been through a lot. Six straight years in prison (12 years in the penal system). I took accountability. I never complained. I did my time and came out with a plan to be better, be more productive and try to give back to the community….use my time in jail to help the kids (stay out of it).

“I still struggle, but I’ve learned to think first before I make any decisions. I’m still working on me. I have God close to me and people that I love and love me genuinely.”

Unlike other contact sports such as football, rugby and even basketball where their best years are in the late 20’s, the peak years of a MMA fighter is their early to mid 30’s. Look at some of the UFC champions and their ages: Francis Ngannou (36), Alex Pereira (35), Alex Volkanovski (34). Castro just so happened to be locked up for ages 33-39.

“That was my karma. My prime years were taken away. I did time during my prime years and I knew that. I did stuff back in the day that I’m not proud of. I did things less mature. I didn’t think. I did things repulsively. I handled things violently.”

Fresh Start in Life and in Fighting

As a newly-minted free man, he is now looking at this opportunity as something to make Guam proud.

“It’s not about me. I’m a proud CHamoru and I love my island. To fight overseas and represent our island on the bare knuckle level means the world to me. I can’t wait to bang it out. I’ve been holding a lot in. I’ve learned how to channel my energy that will benefit my life.”

Not having a MMA fight since 2012, his competitive juices is certainly flowing. “For me, getting hit with the bare knuckle, I’ve gotten hit (on the streets) my whole life with that. When I get hit, this might sound crazy, but something just turns on and I become a forward fighter. I’ll still apply pressure. It’s a weird thing.

“We’re not dealing with any jiu-jitsu or wrestling. This is straight stand and bang. Bare knuckles is different. The adrenaline rush and the punches come in different. They hurt more, obviously. Growing up, I fought a lot in the streets. That’s why I think I’m comfortable with this.”

Still a menacing force with a tattoo-filled, chiseled physique with hardly an ounce of body fat, the new outlook in life is what separates the Alex Castro of today than in the past decades.

“I’m still the same guy, I’m just making better choices. I’m just not doing things the way I used to, in terms of handling a situation, and that was through violence. Now, it’s not even worth it.

“No regrets. Period. Everything you go through in life is supposed to shape you. I know a lot of people who say they regret things. Why regret it? You learn from it. You got to fail to be better. I was fortunate and man enough to want to be better. It starts with the choice of wanting to be better. Everything I went through in my life: all the hate, all the love, all the successes and failures…I just want it to make sense and use it to inspire people.”

From a life of uncertainty behind bars to being able to run up San Ramon Hill as he pleases, all of life’s struggles seem to be coming to a peaceful calm that will result in controlled violence come December 10th in Cambodia as he prepares to let his fists fly – legally.