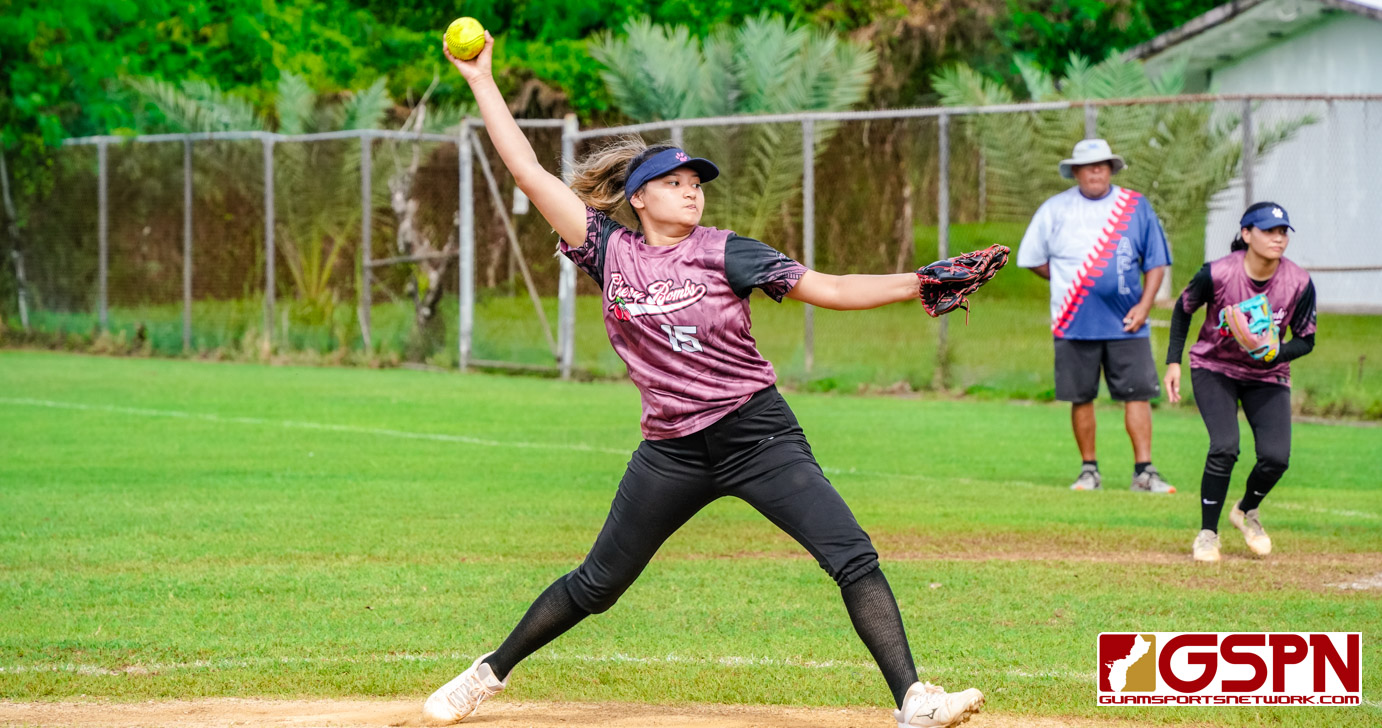 Pitcher Ashley Mendiola guided the Cherry Bombs to the APL Women’s Fastpitch Softball Tournament title and won the MVP award in the process.

The Cherry Bombs beat the Juicy Dolls 8-1 in the championship game Sunday afternoon with Mendiola on the bump.

The sportsmanship awards went to the Islanders in the high school division and Sidelines in the Open division.