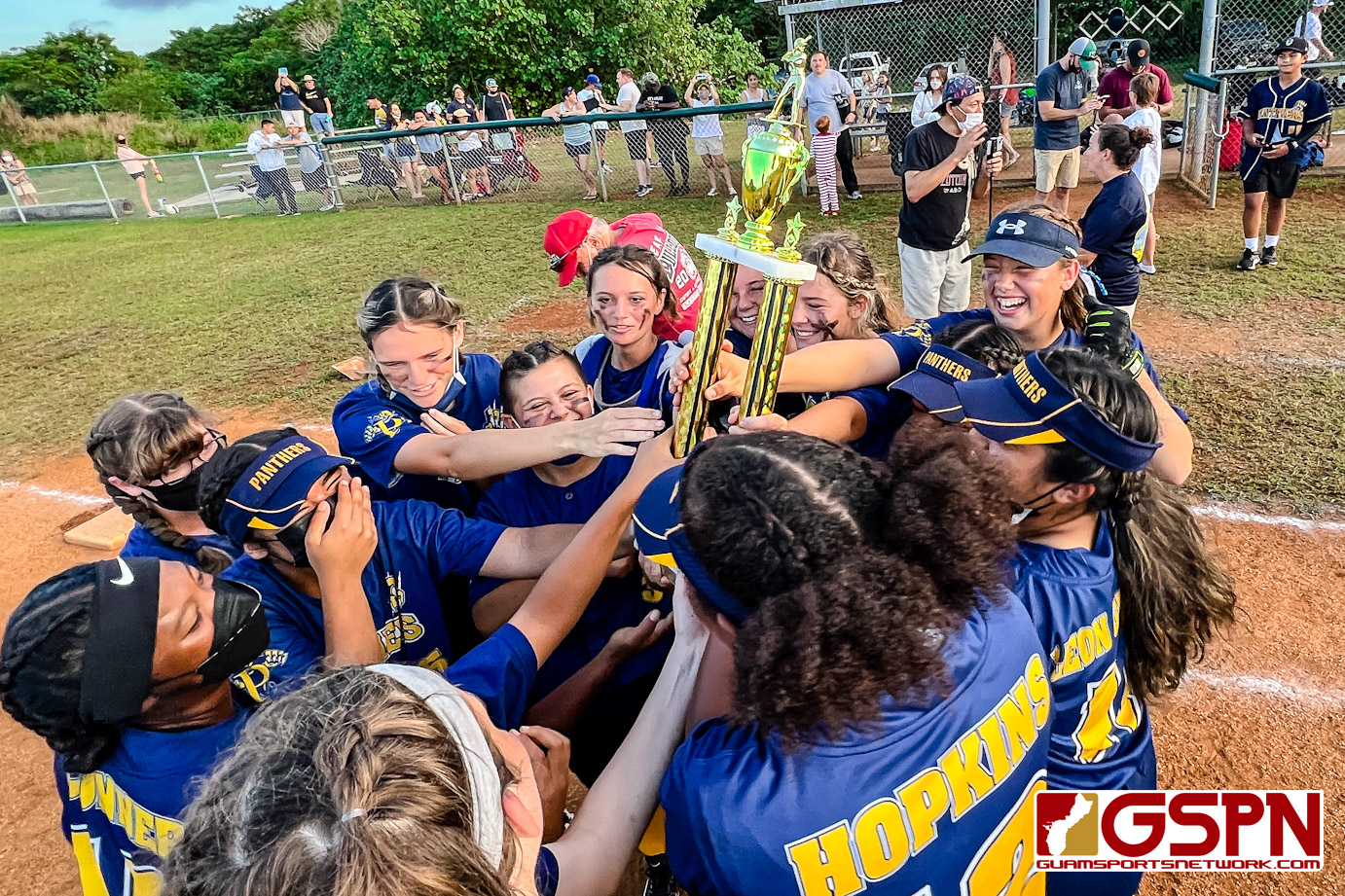 The much-anticipated showdown Saturday evening at Okkodo Field between the top-ranked Academy Cougars and second-ranked Panthers turned the way of Guam High.

Pitcher Brinnlyn Hardt was brilliant in the circle for the Panthers, holding down the potent Cougars offense. while mowing down eight batters.

It was a defensive battle as both teams fought to a 1-1 tie after five innings.

“When you think of a championship game, this was definitely that,” Academy head coach Marissa Maratita said. “Two great pitchers going at it with strong defense on both sides to make the game as close as possible.”

The Panthers’ defining moments came in the 6th inning when they scored four runs. Morgan Piehl roped a bases loaded double to highlight the huge inning. Abigail Terry chipped in with a running-scoring hit that put Guam High up 5-1.

They would add an insurance run in the final frame to wrap up the championship.