JFK and Sanchez to face off on Thursday 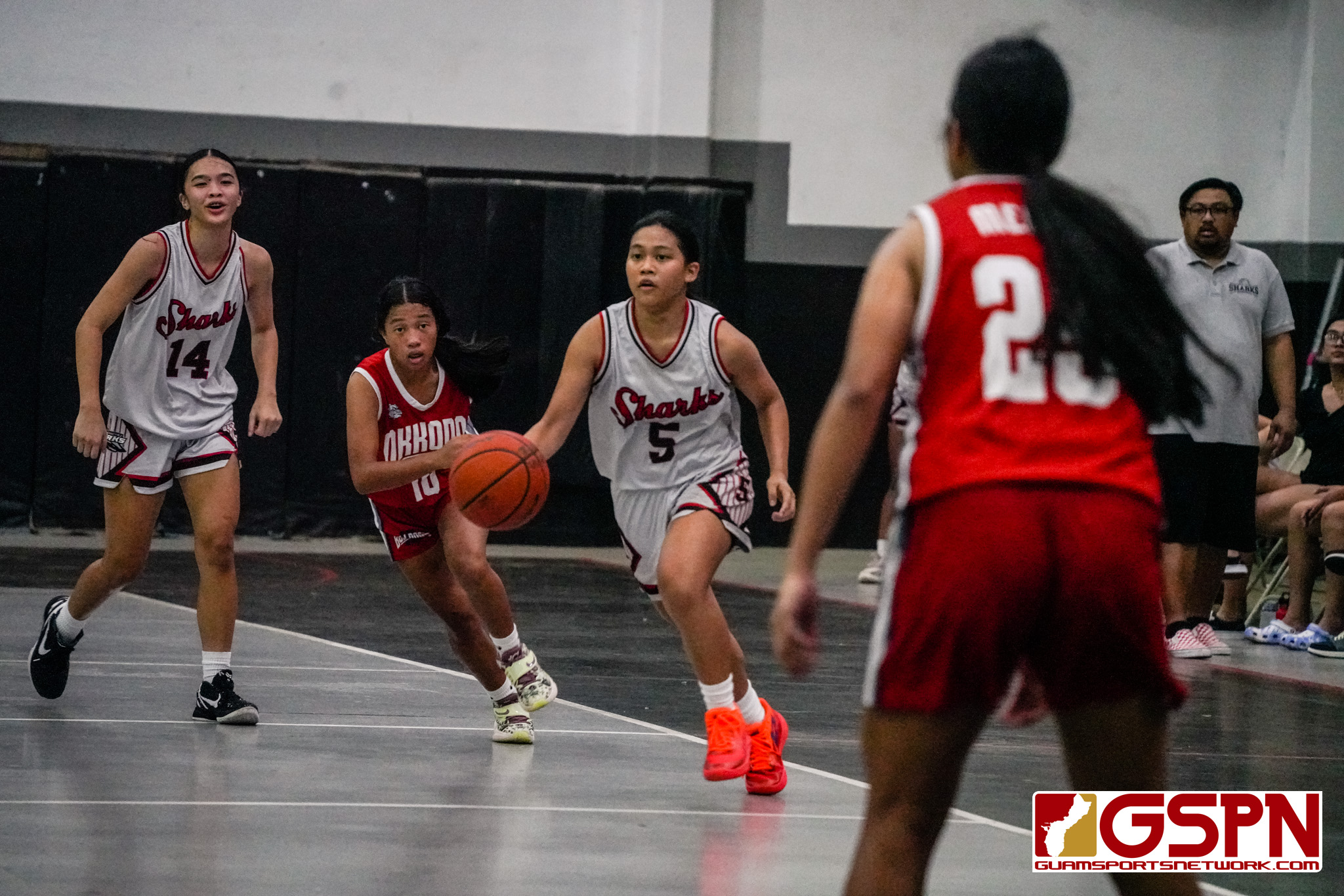 The Simon Sanchez Sharks is heading to the ISA Girls Basketball Championship game after defeating the Okkodo Bulldogs 47-41 in the semifinals Monday night in the Shark Pit.

Ollet had eight points and five steals, Soriano drained three 3-pointers for nine points to help the Sharks advance to the championship game this Thursday against the top-seed JFK Islanders.

The undefeated Islanders defeated the Southern Dolphins 56-27 on their home court. Laila Smartt led the Islanders with 12 points to set up another appointment with the Sharks at location to be announced by Tuesday.

“Of course we are going to be nervous, but we have to keep our energy and effort contained. Whoever wants it more (on Thursday) will come out on top,” said Ollet.

The ISA MVP Ollet was aggressive to start the contest, scoring six points in the opening quarter to help the Sharks establish an 11-10 lead.

Soriano follows up with a three-pointer to help the Sharks take a 17-12 advantage heading into the second quarter.

Okkodo’s Vaysia Blas hits a 3-pointer to open up the second quarter.  Sanchez counters with steals from Ollet and Celine Angeles which led to points in the paint for Kayna Kanemoto. Soriano ends the quarter with another three-pointer to put Sanchez up 28-21 by halftime.

Okkodo starts the second half on a 5-0 run anchored by a three-point play from Hanna Meinik. The Bulldogs started the half with the full court press to put pressure on the Sanchez guards as momentum started to shift in Okkodo’s favor.

Okkodo’s Jasmine Samson hits a three-pointer to give the Bulldogs 32-30 lead, their first lead since the opening quarter.

Sanchez re-takes the lead with Ronnie Cruz and Angeles scoring to go back ahead 37-32. Angeles was key in the third quarter, scoring all seven of her points in the paint to help Sanchez go ahead 42-36.

“We got a little frustrated but we needed to forget about our mistakes and keep moving forward,” said Ollet.

Both teams struggled in the final period as Sanchez nursed a 44-39 with 3:11 left. Soriano nailed a crucial three-pointer with 1:40 left that gave the Sharks some breathing room and they held on to win 47-41.

“We suffered a really bad loss to JFK in the second time around but we’ve improved since,” said Soriano. “We believe in each other and we now have confidence heading into the (championship) game.”

Okkodo will play in the third place game at 5:30 pm on Thursday versus the Southern Dolphins. Samson led the Bulldogs with 11 points, Meinik scored 10.

The championship game is scheduled for 7:30 pm this Thursday.