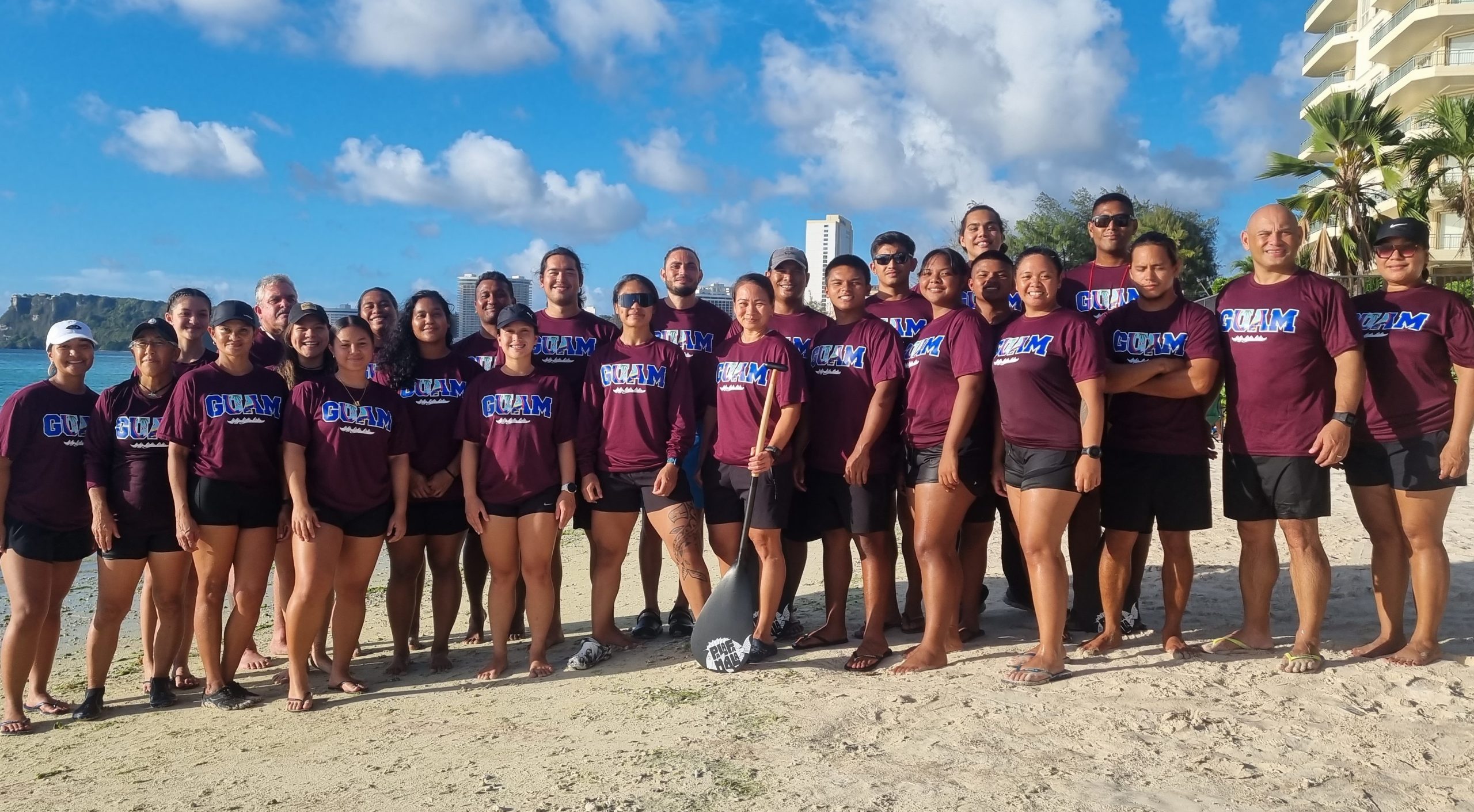 The Pacific Mini Games welcomes back Va’a (Outrigger canoeing) as one of the sports featured in the CNMI. The Guam Kayak and Canoe Federation will be sending 24 men and women with two officials to compete at the 13th Fisherman Memorial Monument Beach in Saipan.

Va’a is one of the indigenous sports to the Mini Games and Pacific Games. The sport will make its return to the Mini Games program after being last featured in 2013 in Wallis and Futuna. At the previous Mini Games, Tahiti won every event.

Guam will look to get on the podium and bring home some hardware with a strong squad eager to take the waters. The team will compete on June 20-21 and June 23-24 with the opportunity to win medals on each day.

“We have a really strong group that has dedicated themselves since November,” said coach Ronald Ruiz Jr. “I’m glad everyone has stuck to the gym workouts and regimen I put together”.

The competition is tough with Tahiti, New Caledonia and Fiji having a world class caliber roster. “We have some athletes on this roster with experience in the Pacific Games and the rest I am excited for because it is their first competition. With the competition close by in Saipan, we are excited to bring a complete team. I invited some juniors to be included and compete in the V12,” said Ruiz.

“This is my first Mini Games and its going to be lots of fun going up against countries like Tahiti and New Caledonia,” said Adam Palomo.

“I’m excited for this squad because we have athletes who are strong. We have the height, we have the reach, we have the muscle and the mindset. We put that all together and things are going to happen,” said Adam Palomo.

Despite having to deal with COVID, Team Guam has not stopped training and practices kicked in since September of last year for the Games. Miara Leon Guerrero said that her team has put in work and will be ready to give it all they got.

“Athletes from Guam are always going to put in their best effort no matter where the event is – it can be in China or Saipan, we will always give it everything we got.”

For most Va’a races, the long distance courses are the most challenging because the home team will have that advantage of knowing the waters such as the routes and currents.

The team has been working hard in the water and in the gym to prepare for the Games. Leon Guerrero said she works at Steel Athletics as a coach and she is grateful to the owners for helping out the team. “Some of the athletes can’t access the gyms because it costs money. Thank you to JJ and Francesca Ambrose for allowing me to open the doors to the team so they can have strength and conditioning workouts”.