2000 Defensive MVP turned to the world of law 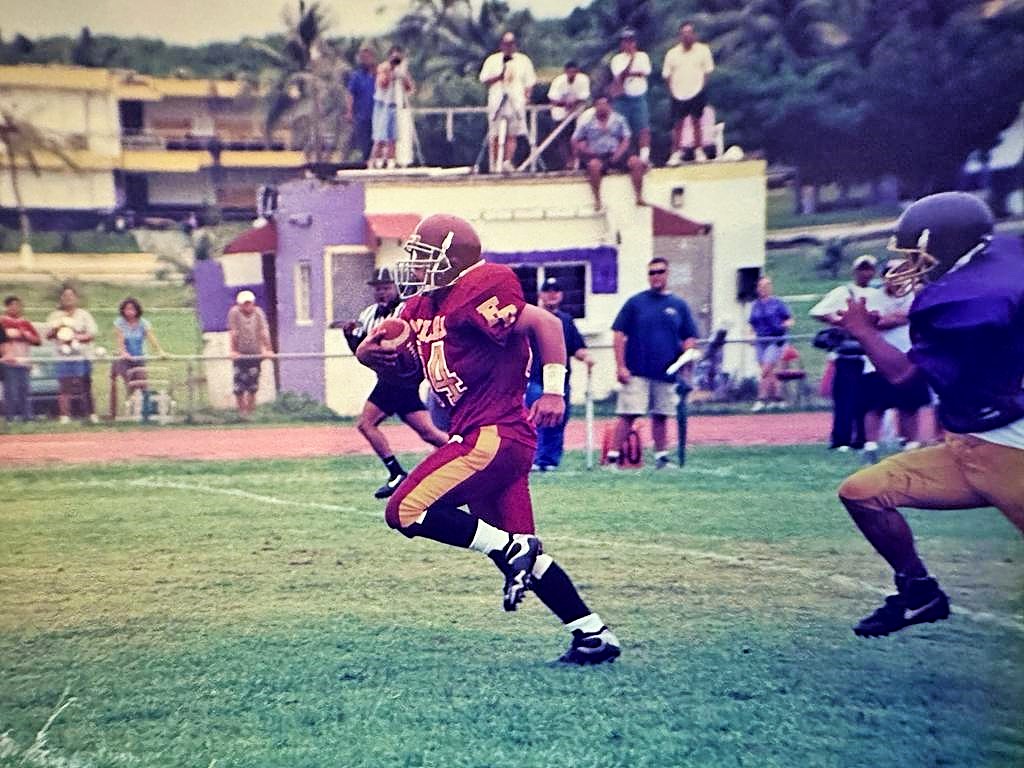 GSPN: You were a killer linebacker at FD. That must be shocking to people you just meet.

JP: Haha. Yes. I believe a lot of athletes use their sport as an outlet. Football was definitely an outlet for me. Football is a physically demanding sport that requires a lot of preparation and analytical thinking. It’s a sport that allowed me to be physical and analytical at the same time.

GSPN: Did you always want to be a lawyer?

JP: I really didn’t want to be a lawyer until college. Notre Dame is an amazing school and they required every freshman to take courses from different schools (business, history, math, etc.). Because of that I took a couple of History and Political Science classes. The history professors at Notre Dame were world class and I fell in love with the subject matter that I ended up majoring in History. I read a lot of biographies and a common theme was that many historical leaders were either well versed in law or were lawyers themselves. That’s when my interest peaked to becoming a lawyer and I eventually started taking steps to go to law school.

GSPN: How did football help you through law school?

JP: Some lawyers will say that litigation is war. Some football players say the game of football is war. So with that mentality, you can really see the parallels between the two. With me personally, the two things that I experienced with football that helped me with law school are: 1) Grit and 2) Problem Solving.

Grit: The never give up and persevere mentality. There were plenty of times I would be doing laps in full gear in the Guam heat and I just want to give up. I took those experiences and applied it to law school when it just seems like the material was just too much to learn.

GSPN: What’s some of the most memorable times playing football?

JP: There are a couple games that have stuck with me.

When I played with the Eagles in GYFL, there was a game we played in Los Angeles against a stateside team where we completely dominated. That was my first experience playing football outside of Guam. It stuck out to me because I never thought we would be able to compete with kids from the states.

Lastly, in the MFL playing for the Bears, the most memorable game for me was making a goal line tackle against the Angels in the playoffs and ending the game with a win.

GSPN: Who were your football role models growing up and why?

JP: My main football role model was Joe Montana. I think I mirrored a lot of my approach to playing football after him. He was so calm and collective and never showed emotion. I really felt that’s how I wanted to play. I wanted to let my game speak for itself versus what came out of my mouth.

GSPN: Now you’re even a JAG. Did you ever imagine that happening?

JP: Not at all! I have to thank God for all the opportunities he has given me, especially the opportunity to becoming a JAG. Because of my age, I only had a certain amount of time to join the military and at the last possible moment I had an opportunity to apply. And again, after I applied, God was able to get me through and pass all the requirements and training.

GSPN: How impressed are you with the current FD football 57-game winning streak?

JP: Extremely impressed! It not only takes athletes but coaches to have a winning streak like that and FD is able to have both. It comes down to the mindset and training and you can see that being passed down from Coach (Tony) Posadas and Coach (Roland) Duenas to Coach (Bill) Ada, Coach (Roland) San Nicolas to Coach (Bruce) Meno and to Coach (Keone) Badua. All the coaches for FD football love the game but more importantly they also love the school and what it stands for. The students can see that and it reflects in the way they play the game and how they win.

See other Where R They Now? HERE