The Recreation Center for Paseo received a ribbon cutting ceremony Friday afternoon after the once typhoon-damaged facility received a face lift in preparation for the upcoming 12th Festival of Pacific Arts, which Guam will be hosting from May 22 to June 4. 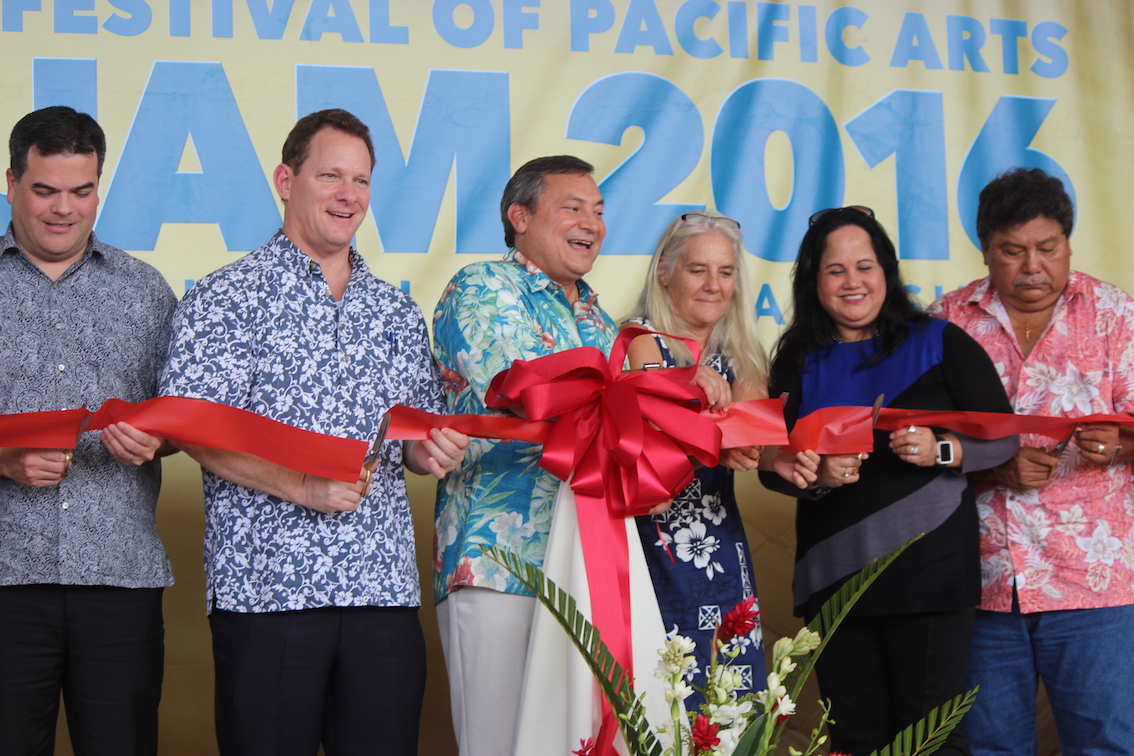 The Recreation Center for Paseo received a ribbon cutting ceremony Friday afternoon after the once typhoon-damaged facility received a face lift in preparation for the upcoming 12th Festival of Pacific Arts, which Guam will be hosting from May 22 to June 4.

With Governor Eddie Baza Calvo and all the dignitaries present, the newly renovated center was announced to serve as the FestPac 2016’s main headquarters of operations.

The Rec Center was one of the many upcoming ribbon cutting ceremonies as announced by Governor Calvo with the completion of the Paseo Baseball Stadium renovations also just around the corner.

“The stadium should be completed with its renovations by February 29th,” said former Yigo mayor and current Parks and Recreations director Robert Lizama.

The stadium is getting much more than a face lift with a complete restoration currently in the process.

“We’re adding awnings over the out areas of the stadium and we’ve completely renovated the bathrooms, locker rooms, stadium lights, both team dugouts, and even umpire sections. There will be new seatings which has been a big problem before,” added Lizama.

Not all the plans for the stadium will be complete by February since FestPac 2016 will be utilizing the current renovations for their upcoming event. With preparations in place, Parks and Recreation will renovate the field as well as placing a brand-new scoreboard for all the stadium sporting activities.

“We know that our current renovations requires machinery working on the field to put up the beams, lights, and chairs. But as soon as FestPac ends we do plan to restore it, if not make it better, than the way it was before,” added Lizama.

To prevent the damaging of the newly renovated areas, leagues that want to utilize the stadium when available will have to pay to use the facility to ensure the upkeep.