It’s on! Just before the GSPN Pre-Season Boys Basketball finals on January 13th, Team Kali and Team Destiny will put on an exhibition game with the best and brightest talents of the 2015 season. The two ballers drafted their players and are set to go! 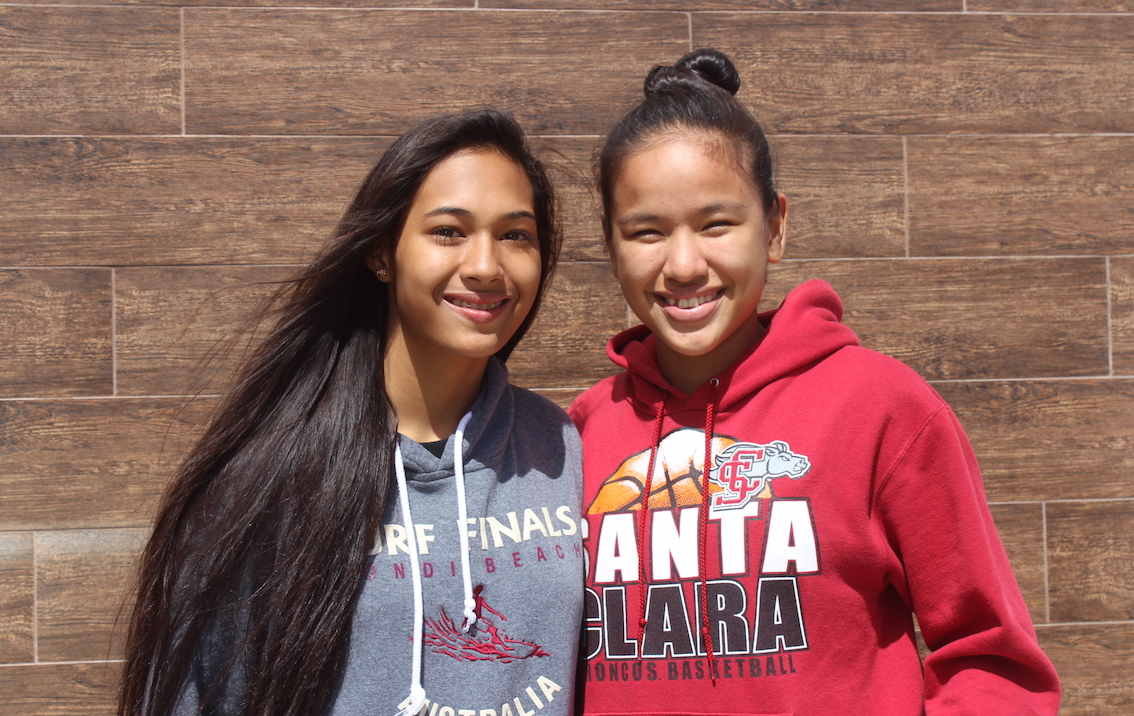 GSPN continues to showcase high school talent with the introduction of the first girls high school basketball exhibition game set to tip off before the GSPN Boys Pre-Season Basketball Tournament championship brought to you by Buddy’s Home Furnishings on January 13th at the St. John’s gymnasium in Upper Tumon.

GSPN’s Patrick Lujan pitched the idea of having a girls exhibition school game with Destiny and Kali being the player-coach for teams they choose in a draft style format.

The exhibition basketball game will be played before the GSPN boys pre-season championship and is scheduled for 5:30 pm at the St. John’s gym.

“It all started at St. John’s and now it’s going to end there,” said Benavente.

The tournament is scheduled to tip off this Wednesday (Jan 6th) and will run until championship day on the 13th. (SEE TOURNAMENT SCHEDULE HERE)

Benavente and Castro both attended their freshman year at St. John’s, guiding the Knights to the championship game. They both left St. John’s after their freshman year with Benavente attending Academy and Castro enrolling at ND. Throughout their careers, both headlined games in the IIAAG high school league and represented Guam abroad. Castro is an all-out scorer that is fun to watch and Benavente is the best female point guard in the league, if not on the island.

The friends met at Wendy’s restaurant in Tamuning and chose their respective teams for a final friendly showdown that will close a chapter on their high school careers.

With Benavente winning the title against Castro’s Royals, she got the rights to choose the 1st pick and chose freshman teammate Mia San Nicolas as her first pick. The chemistry between the two Academy players was unstoppable during the season with the Cougars going undefeated.

Castro was granted the second and third picks for the snake draft choice format and countered her good friends pick choosing an all out scorer and a defender to stabilize San Nicolas. Destiny chose national teammate and St. Paul scorer Joy Pangilinan as her first pick. She immediately followed up by acquiring Guam High’s Britney Bailey for her center.