What would a super team of the 2017 IIAAG football stars look like? GSPN’s Michael Cruz puts together his best. 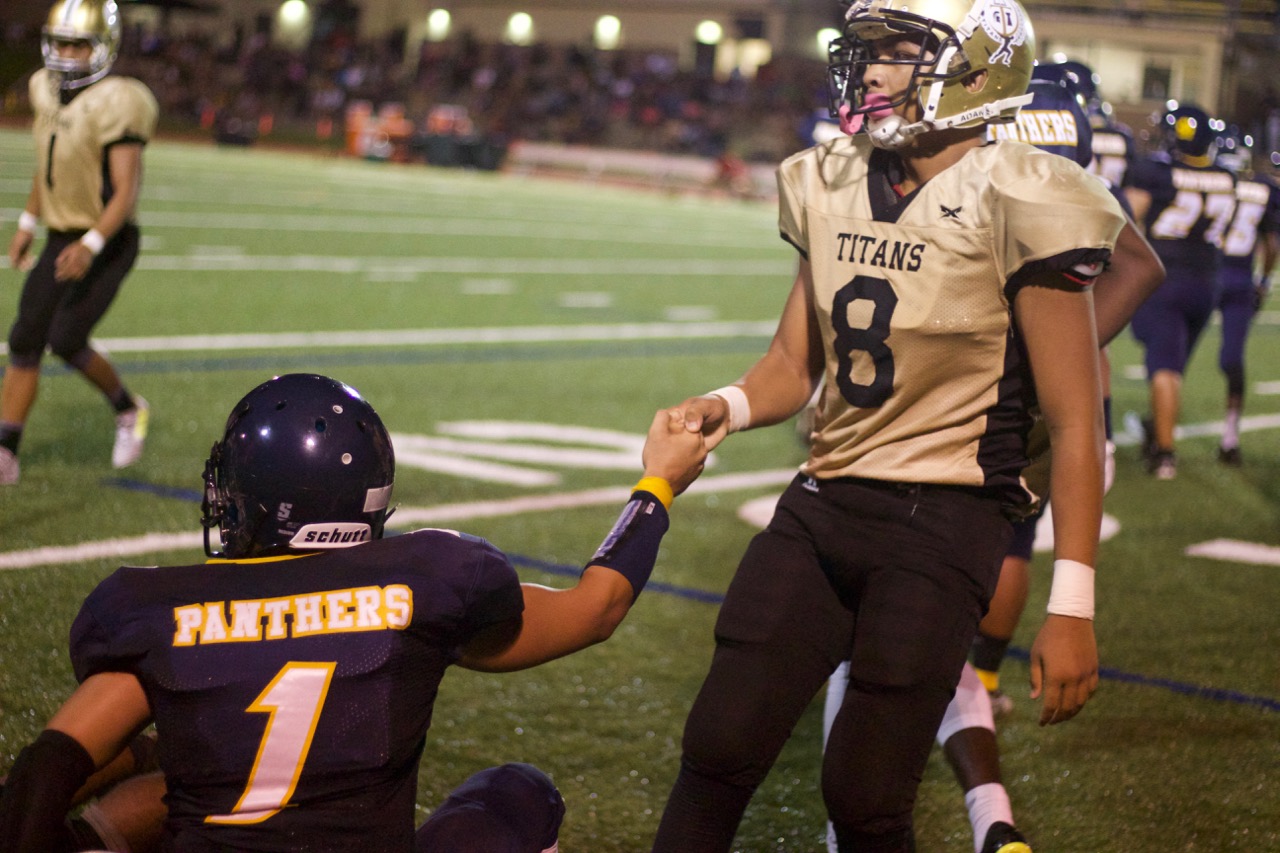 He has been the starter since his sophomore year. Showed a good arm in completing passes to all island receivers and tight end last season. Has good feel for the game and sees the field well. Overcame illness during playoffs and competed in track this past season.

Big physical runner who ran for 1100 yards. The best local prospect this decade. Does just about everything well. Cruz enter his senior year as a four year starter. He will be ready by Week 2 or 3.

The transfer from GW will only add more weapons to the Friar offense. Great acceleration and can take it to the house. Scored GW’s lone touchdown against FD in last year’s championship game.

Two time 1st team all island wide receiver at JFK. He makes the Titans a contender. He also plays defense. Tyler is an all island kicker and punter in high school and adult league. Could be Tiyan’s first player to play collegiately. He is also an accomplished paddler.

Bamba returns for his senior year after an honorable mention selection at tight end last season. Bamba is looking for a breakout season and will also play defensive end. He has college height and frame. Island Champion at high hurdles this past season.

Returning starter who at 5’9 and 254 lbs. brings experience as a starter at tackle and guard.

Green is only 5’10 but weighs 315 lbs. making him the largest player in the league.

Artero is small but plays big. He was used at running back, wide receiver, punt returner, kick returner, and defensive back as a freshman. He is only a sophomore.

Parker was 2nd team all island nose guard as a sophomore.

Kanoa was 2nd team defensive tackle as a sophomore.

Chase was 2nd team defensive end as a sophomore.

Bamba was 2nd team defensive end as a junior.

Made big plays as a first-year starter and was 2nd team linebacker as a junior.

2nd team defensive end as a junior though he is listed as outside linebacker. Won Defensive MVP at all-star game.

Jacobs was a starter as a sophomore and brings valuable experience to a young panther defense.

First team cornerback is the leader on the Titan defense.

Second team cornerback as a junior.

Second team safety as a junior.

Other Players to Watch