Guam is in the running to host the 2019 Pacific Games 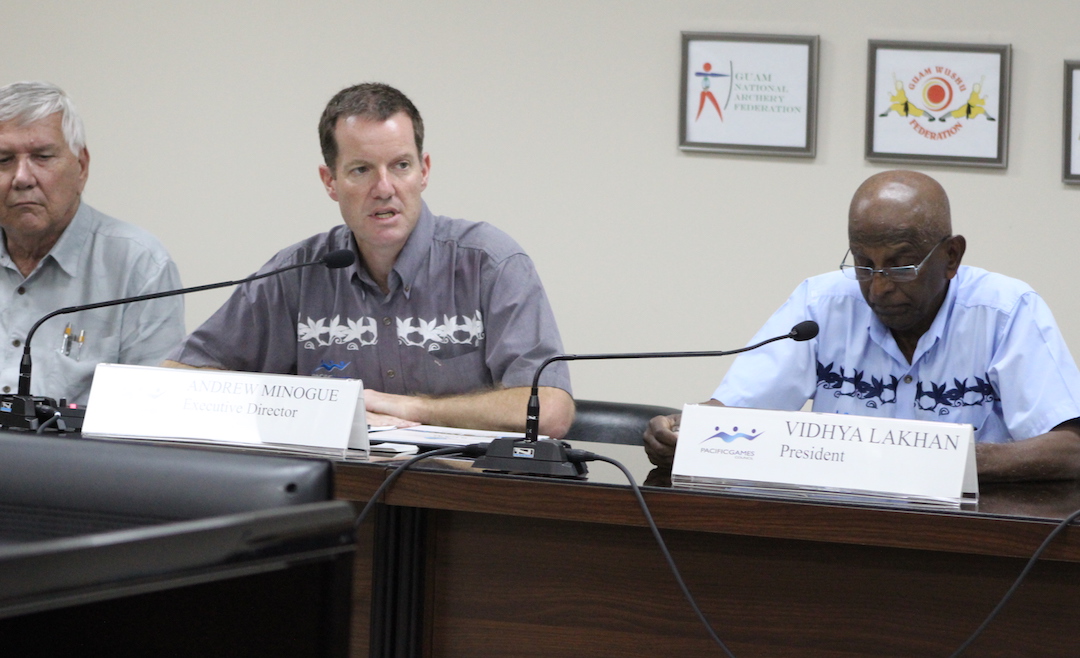 Based out of Suva, Fiji, the PGC is made up of 22 countries. Tonga was originally awarded to host the 2019 sporting event but pulled out earlier this year because of financial restraints.

Guam is one of two countries (Samoa) that are still in the running of taking over the duties in just two short years.

Pacific Games Council leadership held a press conference Friday at the GNOC Headquarters in Maite to discuss the possibilities of Guam hosting the 2019 Pacific Games. (photo by Robert Balajadia)

According to PGC President Vidhya Lakhan (Fiji), the Council had already met with Governor Eddie Calvo, who has given them a verbal confirmation that Guam is willing to host the Games.

During a press conference on Friday, Lakhan called the meeting with the governor ‘fruitful and positive’ and that the PGC is very impressed with Guam, calling it ‘excellent’.

“Guam has presented a very professional expression of interest to host the 2019 Pacific Games and has demonstrated during our visit that they have the facilities and capability required to deliver a successful Games in a short space of time,” Lakhan said.

If Guam were to enter into the agreement to host, the PGC is looking to have Leo Palace be the Athletes Village with anticipation of roughly 3000 athletes attending from the 22 countries playing in over 20 sports over a two-week span.