GSPN’s Michael Cruz takes a dive into a handful of Guam’s 2017 college freshman as they ready to take their talents to different levels of college football. 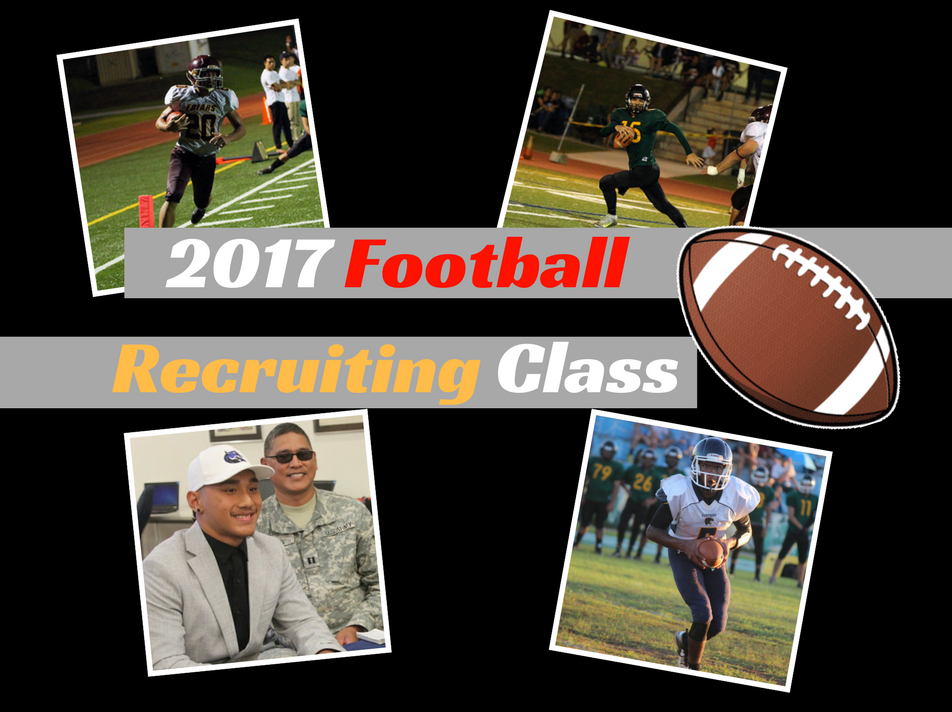 A total of eight players from the IFL are heading to play college football. This might be the most in Guam prep history. Each one of these players played it least one year in the league on Guam. Despite a small league of only 8 teams and a population of under 200,000, Guam is making strides. I think one day Guam will see every school represented in college football.

The Guam High product has been a playmaker since his youth football days. His senior year was memorable making 1st team running back. He played both sides of the ball. King is the 2nd player (his brother Jujuan was the 1st) to play college football from the island of Tinian. He will play for NAIA program Culver Stockton.

White finished up his senior at Guam High as the Island’s best dual threat QB in 2016. He was the only senior player to score on FD’s shutdown defense in 2016. White will attend the Air Force Prep school. Their program plays a Junior College schedule and other Prep Academies. The long term goal is to walk-on to the Air Force Academy football team and start.

Thomas started at safety for Guam High as a freshman in 2013. He completed his playing career at Navarre High. As a senior, he started at cornerback for Navarre. He signed with D2 program Shorter University.

Callaway was an all-island lineman as a sophomore and junior at Southern. He transferred to North Carolina with his mom to chase his college football dreams. A late offer from D2 UNC Pembroke changed his plans from enlisting in the Army. He showed versatility on offensive and defensive line.

Marcus was an all island wide receiver as a junior at JFK. He played his senior year at fullback teaming up with cousin Dedrick Barcinas at Buena Park High in Orange County. Manglona endured his senior year being away from family and the passing of his father Mark. He plans to walk-on and play at junior college program Orange Coast with teammates. Little brother Mason will play at Buena Park High this Fall.

Brown played for JFK and is St. John’s School first collegiate football player. Brown had his best season as a senior QB. He has roots in Minnesota and will play for St. Olaf a D3 Program.

Shimizu was an all-island football player junior and senior season at FD. He helped the Friars to back to back titles. Shimizu chose to play football at D3 Allegheny College who were excited enough to post to their twitter page.

Fichter came out of nowhere, he was a newcomer as a senior to FD’s program. He is a homeschool graduate and received a late offer to NAIA Program Ave Maria in Florida. All island wide receiver.