Proud Chamorro Zach Banner was selected in the fourth round of the NFL draft by the Indianapolis Colts. 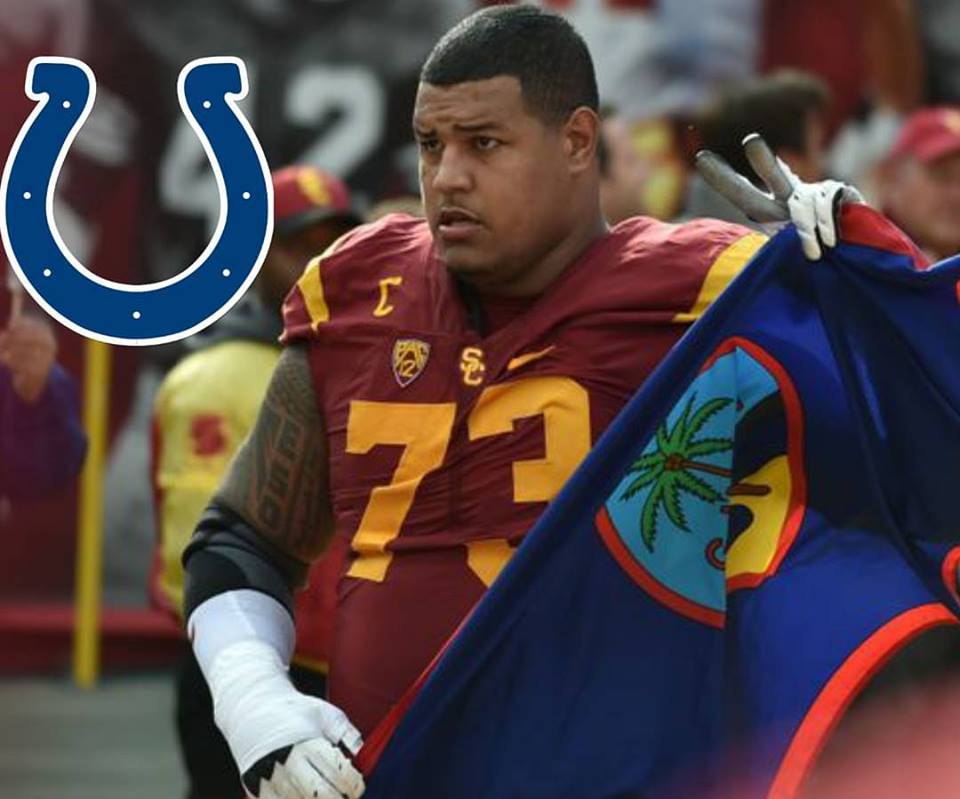 Banner was at his hometown in Tacoma, Washington, with family and friends when he received the call of being drafted by the Colts. “I’m humbled by the situation and I’m looking forward to representing the Island and the Colts,” said Banner.

The Colts’ new general manager Chris Ballard and offensive line coach Joe Philbin flew out to personally meet with Banner prior to the draft and showed deep interest in him. After the Green Bay Packers, Pittsburgh Steelers and Atlanta Hawks passed on selecting an offensive lineman, Ballard pulled the trigger and selected Banner. The Colts drafted safety Malik Hooker (15th), corner back Quincy Wilson (46th) and defensive end Tarell Basham (80th) prior to picking up Banner.

The newest Colt had the Guam emblem embroidered on the back of his suit that he wore on draft day. Also etched under his collar were the words “Chamorro Pride”. “Where I’m from means just as much to me as where I’m headed. So proud to be a Colt. So proud to be a part of the Chamorro community,” said Banner on his Instagram post.

“It was important for me to represent the Island and all the Islanders. I want everyone to know where I come from and that’s why I wore the emblem on my back and I also have the symbol of Guam on my custom made shoes”.

The 6’8″, 353-pound right tackle will travel to Indianapolis in a couple of weeks to meet with the organization and then training camp starts in the summer. The Colts play in the AFC South Division and are led by quarterback Andrew Luck. Their projected season debut is scheduled for Sunday, September 9th.

Other notable pro bowlers from the Colts are receiver TY Hilton and punter Pat McAfee. Kicker Adam Vinatieri is also a notable member of the Colts. Indianapolis finished 8-8 last season and came up short to making the playoffs.

“I carry the Island on my back and I look forward to representing Guam this season,” said Banner.