GUAM REELS IN GOLD MEDALS AT WMG IN AUCKLAND

The Guam men and women participating in the World Masters Games came away with gold medals in basketball with both teams putting out a dominant performances in the gold medal games. 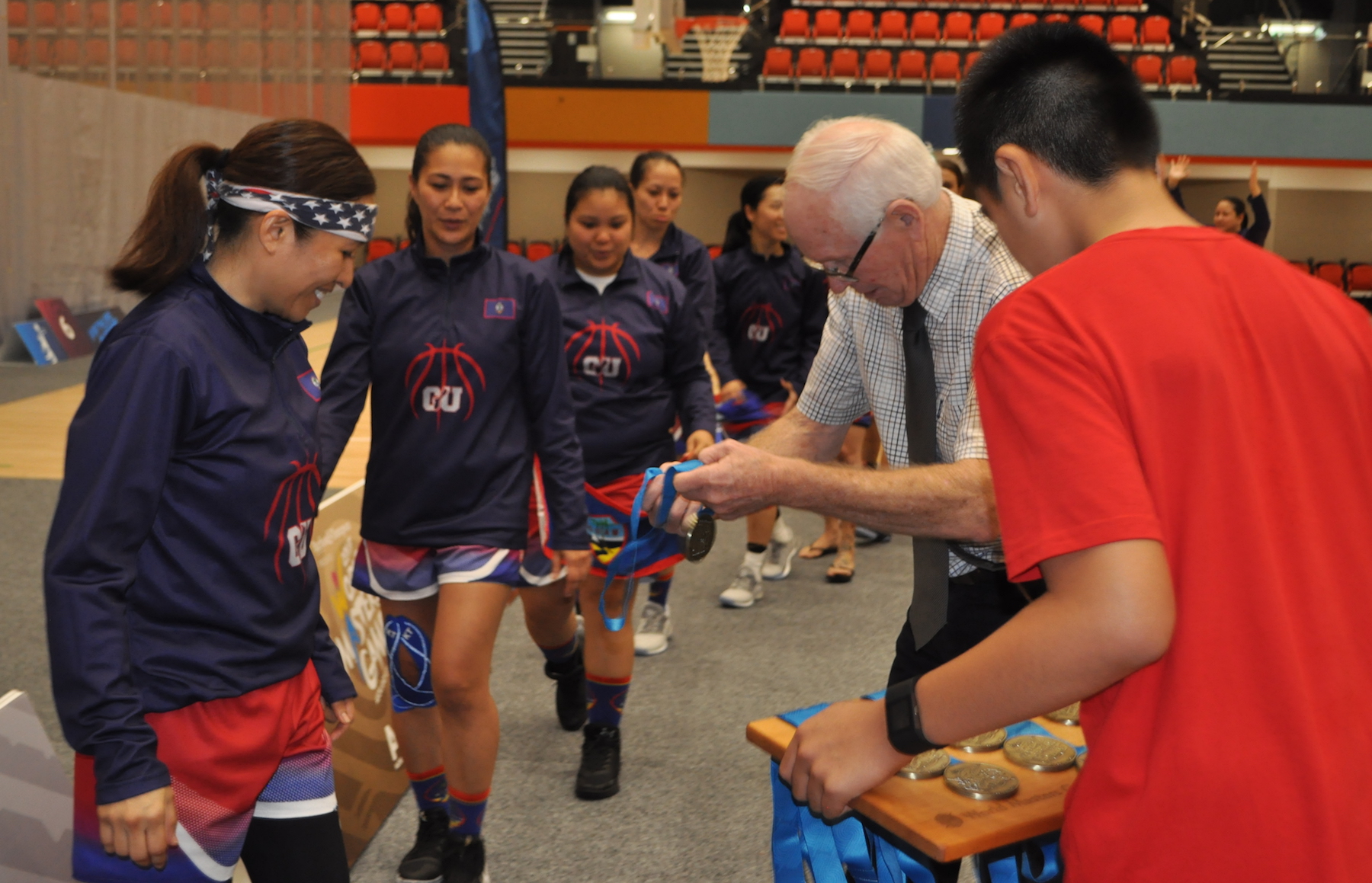 PRESS RELEASE – (Auckland, New Zealand)  Team Guahan played a final Round Game at Noon, Saturday, April 29, 2017, against the team Bruised But Not Broken, and got the 59-27 win that secured their bid in the Championship Final in the C Division Women 30+ at the World Masters Games 2017 (WMG2017) in Auckland, New Zealand, at the Bruce Pullman Park in Takannini.
Guahan went to 6-0, and took a break to rest up for the Final game of the WMG2017 at 6:00pm. Guahan met up again with the Melbourne Joycies, and again the game a very close one at the half. Guahan went into high gear in the second half, and outlasted the Australian women to take the Gold Medal by a 47-29 margin for the Championship.
Gepan played a Round Robin match in the C Division Men’s 40+ against XXX ORPN Stars at 3:00pm, Saturday, April 29, 2017, and pulled away with the 40-26 win to play for the Gold. Gepan will face Phresh at 1:00p.m. on Sunday, April 30, 2017.
The GMBA Boleros took home the Bronze Medal in the C Division, Men’s 50+, after beating the All Native Warriors, on Saturday, April 29, 2017, at 4:30pm, by a 66-57 score. The Super Lolos (Guam) also coming away with hardware, taking the Bronze Medal in the C Division, Men’s 60+.
The WMG2017 Closing Ceremony will wrap up the event at 6:30pm, Sunday, April 30, 2017, at the Entertainment Hub, Queen’s Wharf.
Gepan Men’s 40+ Celebrates Last Day of WMG 2017 With A Gold Medal In Auckland
(Auckland, New Zealand)  In the last day of the World Masters Games 2017 (WMG2017) at 1:00pm, Gepan (Guam) mustered the last of the energy left from the ten day event to defeat Phresh (New Zealand) 54-38, coming away with the Championship win and the Gold medal in the Men’s 40+, C Division.
Gepan overcame mixed competition in pool play at times playing down in the Men’s30+, C Division, to survive a smaller pool in their division. Assisted by some of the 50+ players from the GMBA Boleros, Gepan pulled away in the 3rd quarter, not giving Phresh a chance to make a comeback.
The Medal Ceremony was immediately held after the Championship, at the Bruce Pullman Arena in Takanini. The Closing Ceremony will wrap up the WMG2017 at Queens Wharf at 6:30pm at the Entertainment Hub.