The U17 FIBA Oceania Basketball Championships are all set for July 10-15 featuring 16 teams, eight from each the boys and girls division, all happening at the UOG Calvo Field House and FD Phoenix Center. The games will be open to the public with some of the games broadcasted online. 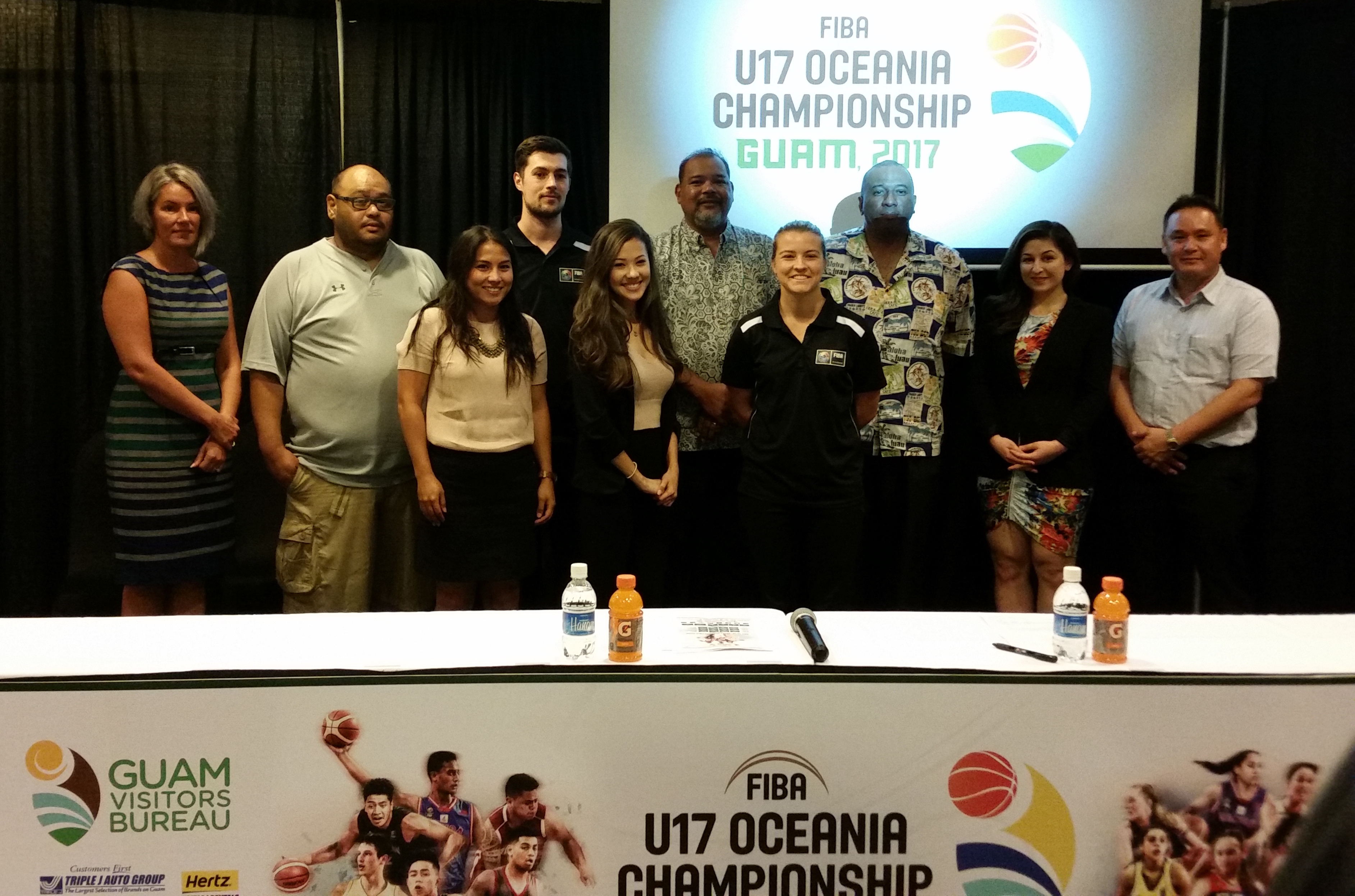 The U17 FIBA Oceania Basketball Championships are all set for July 10-15 featuring 16 teams, eight from each the boys and girls division, all happening at the UOG Calvo Field House and FD Phoenix Center. The games will be open to the public with some of the games broadcasted online (info below).

These matches are treated as a FIBA World Cup Qualifier.

Friday morning was the official press conference for the tournament with GVB’s Katarina Sgro and GBC’s Tony Thompson explaining what a big opportunity for it was for Guam as far as exposure and advancing sports tourism.

The competition system has been altered, allowing the top teams of the Oceania region and Asia region to compete for the FIBA Basketball World Cup. The top two teams will advance to the next level, which will feature competition in the Asia regions.

Thanks to a partnership between FIBA and Shooting Star Productions on Guam, people from throughout the region will be able to tune in to see the best U17 teams from Oceania go head to head for Oceania gold and a qualification spot to Asia.

FIBA Oceania and Singapore Executive Director Mr. David Crocker expressed his excitement in offering fans from across the region the chance to watch their national youth players compete.

“This is a great opportunity for FIBA to further showcase basketball in the region. These are the best players from Oceania competing, we don’t know how high their ceiling is. Previous Oceania Youth events have included some amazing talent, such as current Utah Jazz guard Dante Exum,” said Mr. Crocker.

“We encourage fans from all over the region to tune into FIBA’s YouTube and support their men’s and women’s teams competing.”

Follow all the action from the event at fibau17oceania.basketball and stream the games at youtube.com/fiba.