League MVP’s Naputi and Spotanski will play their first game tonight since winning the awards. 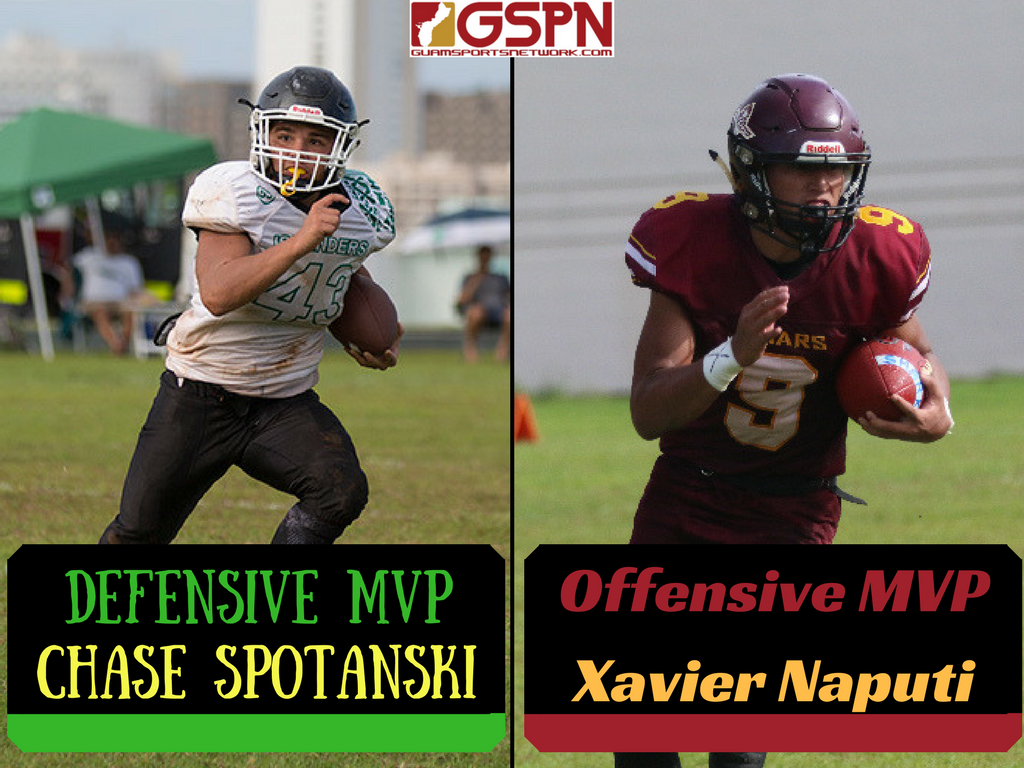 FD’s Xavier Naputi and JFK’s Chase Spotanski were named Offensive and Defensive MVP
this past Monday. Both players will be in action Friday night.

Spotanski played his freshman year at Guam High. He got experience playing running back and linebacker as a Panther. Unfortunately, he was not allowed to return to the program over a silly school policy. Through no fault of his own, he transferred to JFK his sophomore year and was all-island second team defensive end. He switched to linebacker this season as a junior.

He helped the Islanders finish 4th and 4-3 record overall. Even though the Islanders were outscored 64-8 in those three losses, Chase performed well defensively in every game.

Spotanski made some big tackles for JFK in giving Sanchez their first loss 12-8. He followed up with a dominating performance against his former team Guam High on both sides of the ball winning 29-8. Chase had big games in blowouts wins over Southern and Okkodo.

Naputi can add football mvp along with his soccer MVP from last year. The GW transfer terrorized defenses all season. All he did was score 12 touchdowns,lead the league in all-purpose yards, punt, and make tackles on special teams. Players make plays and he did so in spades. He can play at the next level. Did I mention that last year’s MVP DeAundre Cruz was also on the team? Opposing teams are looking forward to their graduation. The tape doesn’t lie.