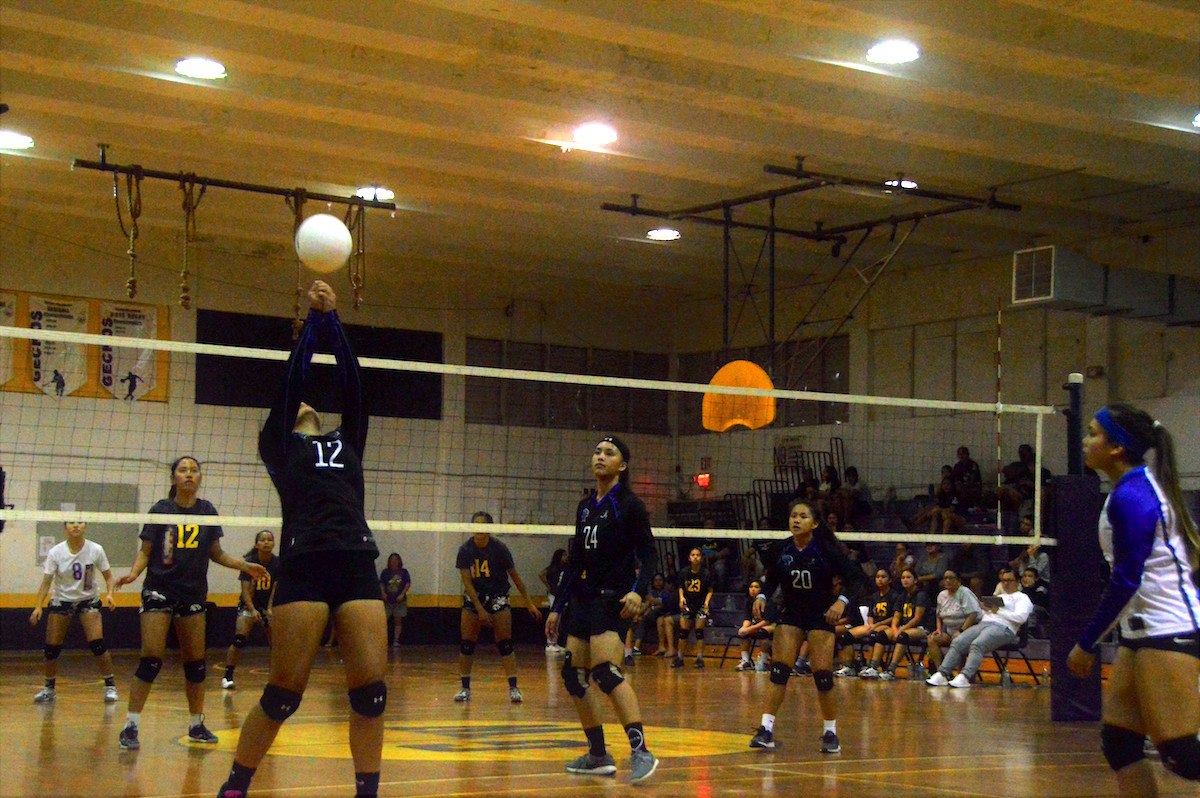 The Warriors advance to the semifinals to play the St. John’s Knights on Tuesday. The other semifinal matchup will be the Notre Dame Royals and Academy Cougars.

St. John’s def. Harvest forfeit, forfeit, 25-19 (Eagles were stuck in traffic and missed the start of the first two sets)

Joniah Siguenza and Chloe Farwell are Wendy’s Co-Players of the Game as they played big roles in an upset win over the GW Geckos in the quarterfinals.

The Geckos came into the playoffs winning nine in a row while the Warriors had a hot streak of their own winning six consecutive.

It came down to the fifth and final set with the first team to 15 advancing.

The largest lead of the set was 12-9 GW on a quick kill by Kirsten Santos, but St. Paul fought back to tie it at 13 and it was a cat fight from there (watch the final moments of the game on the GSPN Facebook page)

The net play of Joniah Siguenza, Chloe Farwell and Monica Giger proved to be the difference and it was Giger’s swing off the Geckos’ backcourt defense that sealed the big win.

“We’re the team that everyone said we choked at the beginning of the season,” said senior Farwell about the Warriors’ 4-6 start to the season. “We wanted to change that and we really dug deep for each other. It was amazing to see how we all just came together.”

Throughout the game, St. Paul substituted a player at almost every other play – it seemed – for a total of 63 substitutions and using 15 different players.

“I knew that if we play the long game, that’s the best chance to beat GW,” Garrido explained the strategy. “I wanted to make sure that by the fifth set, my starters were as fresh as possible.”

The Warriors will be far from full strength when they take on the Taga Division’s top seed St. John’s Knights on Tuesday.

Thirteen players from the varsity squad will be heading to the Asian Christian School Conference Volleyball Tournament in Hong Kong and will miss out in the action on Tuesday and perhaps the championship game next Friday.

“We had planned to be here for the entire playoffs but schedules got changed and we now have a double commitment. We are also a part of the ACSC, so we’re going to fulfill both,” Garrido said.

“It sucks (to miss out on the semifinals) because we have a chance (at the championship),” St. Paul standout Joniah Siguenza said. “Maybe next year – hopefully.”

“I’m disappointed I won’t be playing in it,” added Farwell. “But I have so much faith in the two varsity players and the JV players. They can do it.”

St. Paul’s Siguenza contributed from start to finish: from the front line, back line and even service line. She had a game-high 18 kills.

The new go-to star for the Warriors was at the other side of the net a year ago with the Geckos. It was a strange feeling for her playing in a different uniform and now a visitor in the GW Gym.