Day four is in the books for the GBA Basketball league with three games played Sunday afternoon at the University of Guam Calvo Field House. 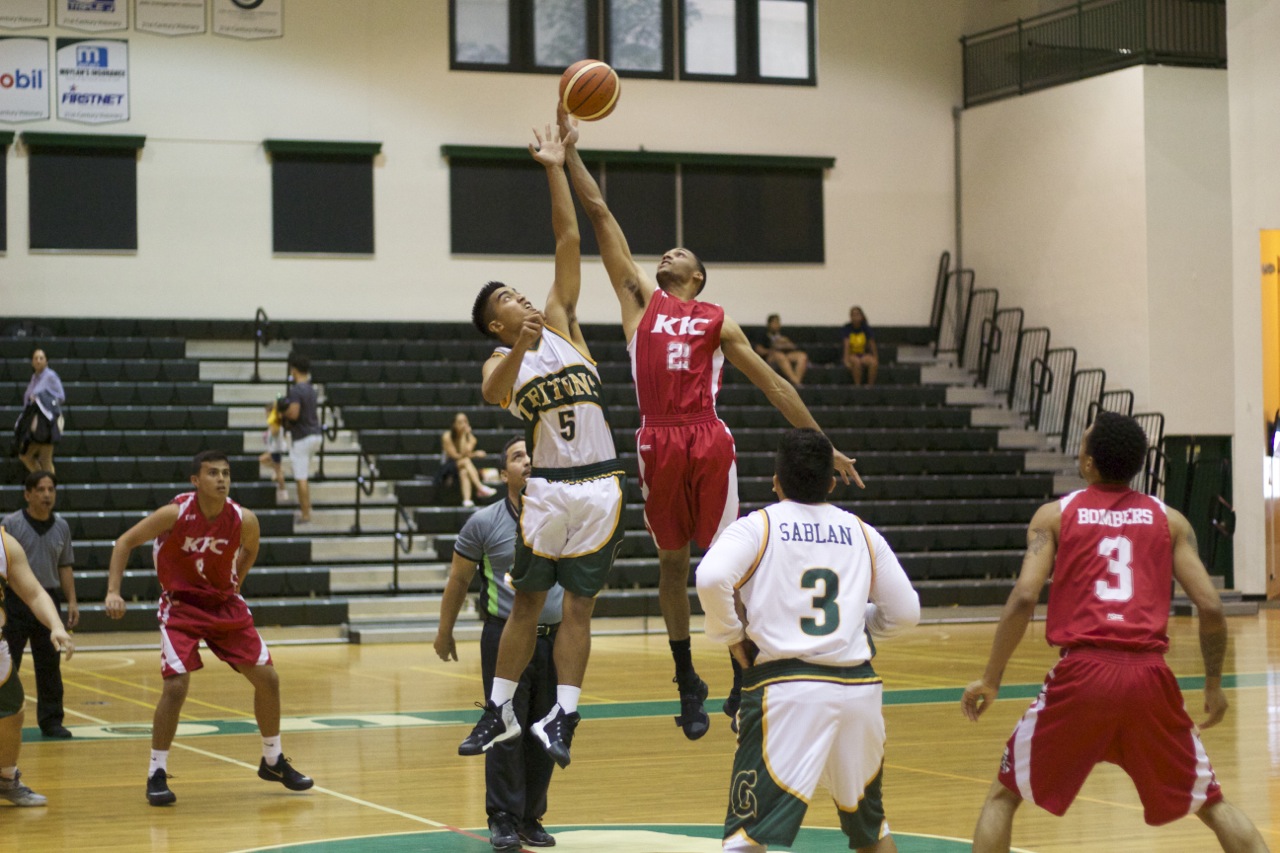 Day four is in the books for the GBA Basketball league with three games played Sunday afternoon at the University of Guam Calvo Field House. The MVP Stars are all alone at the top of the league standings with a 3-0 record after defeating the Auto Spot Phoenix 93-62. JP Cruz had the hot hand for MVP scoring 29 points, Joe Blas added 16 points. Seve Susuico led Auto Spot with 13 points.

In other action, the Mitsubishi Outlanders handed the two-time defending champion Tooth Fairies their first loss of the season with a thrilling 79-75 victory. The Outlanders led from start to finish, holding off a strong comeback from the Tooth Fairies.

James Collins had a double-double for the Outlanders with 25 points and 12 rebounds as they improve to 2-1. Dioncee Holts and James Stake led the Tooth Fairies with 26 and 25 points, respectively. The Tooth Fairies drop to 2-1.

The KFC Bombers improved to 2-1 for the season, defeating the winless UOG Tritons 97-68. After suffering their lone defeat to the MVP Stars, the Bombers focused on defense to above the .500 mark.

Wendy’s Players of the Game Ledget Glover and Trahan Ryheam.

“We need to step up our defense for our remaining games,” said Trahan Ryheam from the Bombers. “If we step up our defensive intensity, we are a hard team to score on,” said Ryheam. KFC played great defense against the Tritons Sunday afternoon, but it was Ryheam’s offense that catapulted the Bombers to victory.

KFC jumps out to quick 8-0 lead with Ryheam scoring six points to open up the contest. UOG coach Brent Tipton called a timeout to regroup his players.

The Tritons responded and tied the contest, Marko Canovas and Jorge Piolo ignited the run with mid range shots to even the game at 8-8.

Ledget Glover entered the game for KFC and had an immediate impact; getting a steal, an offensive rebound, and a basket as the Bombers pushed their lead to 22-10. The Bombers continued to roll with Glover draining a three-pointer and power forward Charles Nallie scoring in the paint to go ahead 47-24 by halftime.

Despite the large deficit at halftime, the young Triton squad continued to play hard and got offensive spurts from guards Ryan Nanguata and AJ Carlos to cut the deficit to 15 points. But the Bombers were too big, out-rebounding UOG 51-35 for the contest and made use of their second chance points.

Nanguata led the Tritons with 13 points, Dezdin Fikes had 10 points and eight rebounds. Glover led all scorers with 24 points for KFC. Nallie scored 18, Ryheam chipped in 16.

Games continue on Tuesday with the Tooth Fairies vs MACTECH Nerds and the Bombers vs Auto Spot Phoenix. “The level of Guam basketball has grown since the GBA started. Many players use the GBA as a vessel to raise their level of play and with the competition it pushes players to get better,” said Ryheam.