GSPN has already brought some big names to Guam like MMA legend Royce Gracie and NBA legend Muggsy Bogues, but this July will be the biggest star, in size, GSPN will be bringing home. 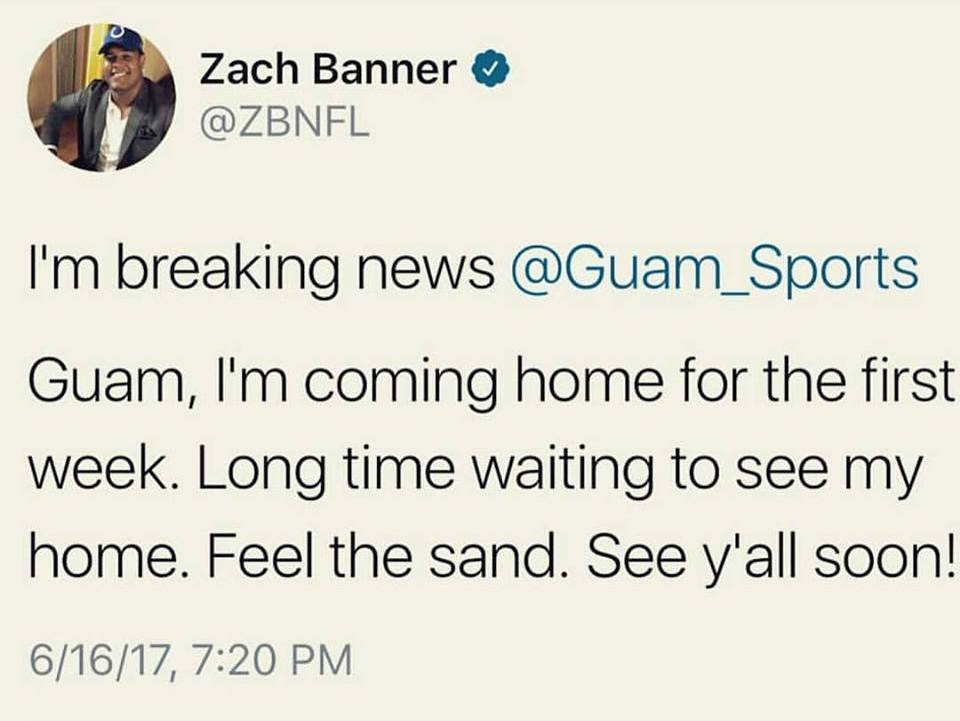 GSPN has already brought some big names to Guam like MMA legend Royce Gracie and NBA legend Muggsy Bogues, but this July will be the biggest star, in size, GSPN will be bringing home.

The newly drafted Indianapolis Colt Zach Banner from USC will be on Guam from July 4-8 as he prepares for his 2017-18 rookie season. The 4th round draft pick will be visiting the island for just the third time ever, but the first where he can enjoy all the island amenities.

While here, big Zach will be looking forward to fishing, jet skiing and off roading amongst Guam’s many fun activities. There will also be a Meet N Greet session for all football fans to be scheduled.

Banner couldn’t help but break the news over his Twitter account over the weekend, hyping up the Guam fans with a chance to interact with the 6’9 offensive lineman. Banner will be the center of attention at the Youth Football Festival on July 6th, where he will get the chance to speak to and hear from Guam’s vast number of youth football players.

Banner has represented Guam all throughout his collegiate career, hoisting up the Guam flag every opportunity he could after his games. He then made history this summer, joining a very small list of Chamorro players to make it to the NFL.