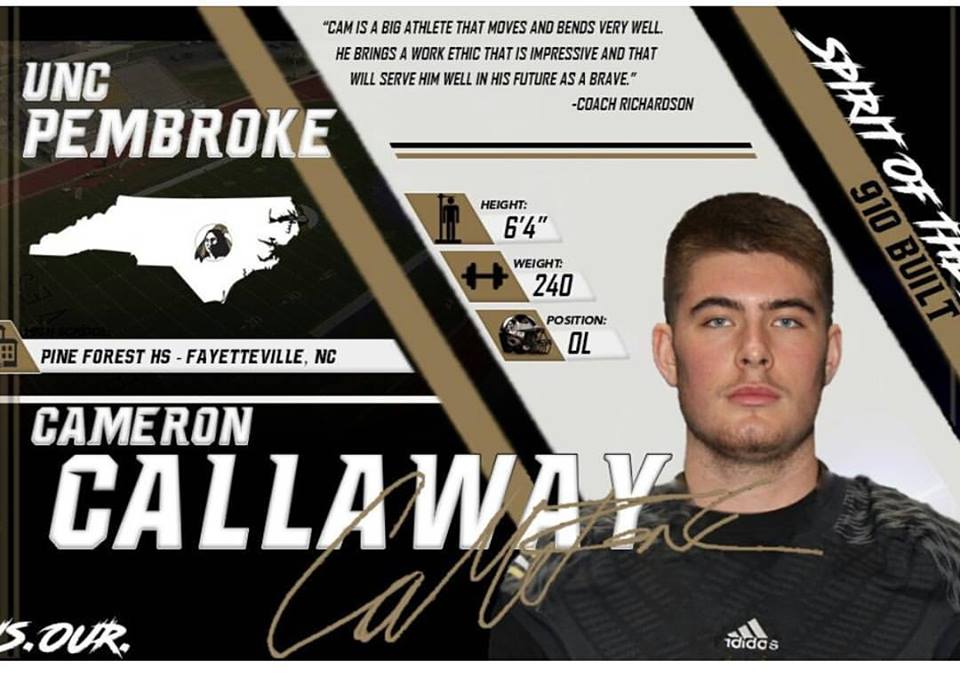 Cameron Callaway– OT- Pine Forest High School- The former Southern High Dolphin and All-Island player transferred back to his former school as a senior. He had a decent senior season and his highlights caught the eye of local UNC Pembroke Coach. Callaway had a great performance in a post season all-star game in December.

He was invited to his first official visit at UNC Pembroke. After his evaluation and visit, Callaway received an equivalency football scholarship to UNC Pembroke. He will have part of his tuition, fees, books, room and board paid for. The drive for his mom will be less than a one hour away drive. Callaway has Chamorro roots in Piti.

Matthew Eaton-WR- Pearl River City Community College- The former Guam High Wide Receiver transferred last January from Temple. He had a breakout Spring Practice and picked his first offer from Iowa State. Eaton graduate in January and is currently enrolled at Iowa State. He has two years of eligibility remaining.

Royce Thomas III- DB/WR- Navarre High School- Royce was an all-island player as a freshman in 2013 at Guam High. He played his last three years for Navarre. Thomas picked up his first offer from D2 Shorter University in Rome, Georgia and signed with them. His old coach Scottie Boyd was in attendance for his special day.

Brandon McMaster-RB- Brunswick County High School- McMaster will attend SEC Powerhouse as a preferred walk-on. He will have his college paid for through the Post 911 GI Bill and merit based aid. Brandon turned down a football scholarship from The Citadel to pursue big time college football. McMaster is probably the most underrated player in the State and I would not be surprised if he is offered a headcount football scholarship in the future. Brandon played youth football with Tyler Okiyama and Juan King Jr. in 2010.