The defending champion Silver Raiders are approaching the GVFL championship game just like they have for the previous three seasons with poise and a roster full of Guam football experience. 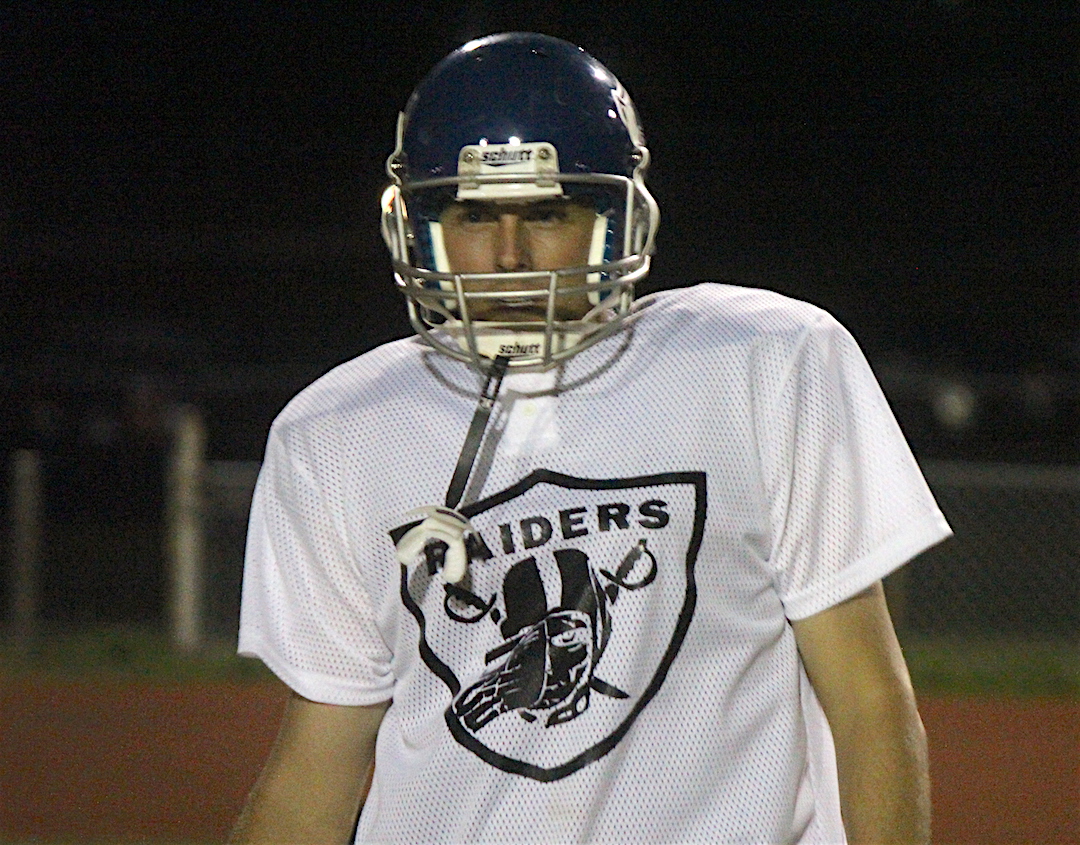 The defending champion Silver Raiders are approaching the GVFL championship game just like they have for the previous three seasons with poise and a roster full of Guam football experience. The bright lights of Hal’s Angels Field will feel a lot like home for the championship veterans.

The Raiders have put the 7-6 win in the regular season over the Eagles way behind them with a wealth of new components set to take the field Saturday from both sides.

‘Chairman of the Board’ Ryan Rios – Raiders linebacker

“We have to live up to our responsibilities,” said football legend ‘The Chairman of the Board’ Ryan Rios. “It comes down to how we match up against their key players so we need to keep things tightened up and secure on the defense.”

The Raiders secondary, led by safety Ryan ‘Biggs’ Bigler and cornerback Sandy Fejeran, are expected to put in a full work load against the speedy Eagles receiving corps and their pass-heavy offense.

Playing with a chip for the ‘chip

The league offensive MVP in Raiders quarterback Danny Manibusan isn’t getting tired of winning football titles anytime soon and being selected as the league MVP only inspires him to play better.

“I have a chip on my shoulder to play with in being the MVP, but we’re going to have to win this as a unit. This isn’t an individual sport, the 11 guys on our offense will determine how we come out as a unit,” said Danny on the outlook.

The Raiders have a good balance of youth and experience, and for the ‘Chairman of the Board’, the youth is most definitely helping the longevity of the experienced.

“The young guys are the ones taking the blunt of the offense which allows me to be the logistics guy to tell them where they should go and what they should do,” laughed the veteran Rios.

And when it comes to dealing with the Eagles aerial attack, the Raiders are going to have buckled down on coverage.

“It’ll definitely be a challenge for us because they’ve got a lot of military guys on that team. Those Air Force guys are really good on that team,” said Rios.

The game’s entirety will be broadcasted live on GSPN. Even the veterans who have been there before still get butterflies playing in the championship game when all eyes are on them.

“It doesn’t matter if you’re a coach or a player, you’re always going to have that anxiety. You really just don’t want to mess up so you want to make sure the game goes your way and play flawless, but that doesn’t always happen,” said Rios.

Manibusan has been playing for the Guam Raiders since his youth days and he also supports the NFL Raiders as his favorite football team. He represents silver and black wherever he goes which makes playing for the GVFL Raiders just that much more special.

“Winning a title after putting in so much work in the season is a big payoff so it never gets old. We’re not going to be flat, we’re going to come out strong in our last game of the season. We’re going to have to bring it for all four quarters,” added Manibusan.