The speedster from Guam High Isaac Ventura later took to the track and Friday evening and broke the 1500m record that stood since 1996. 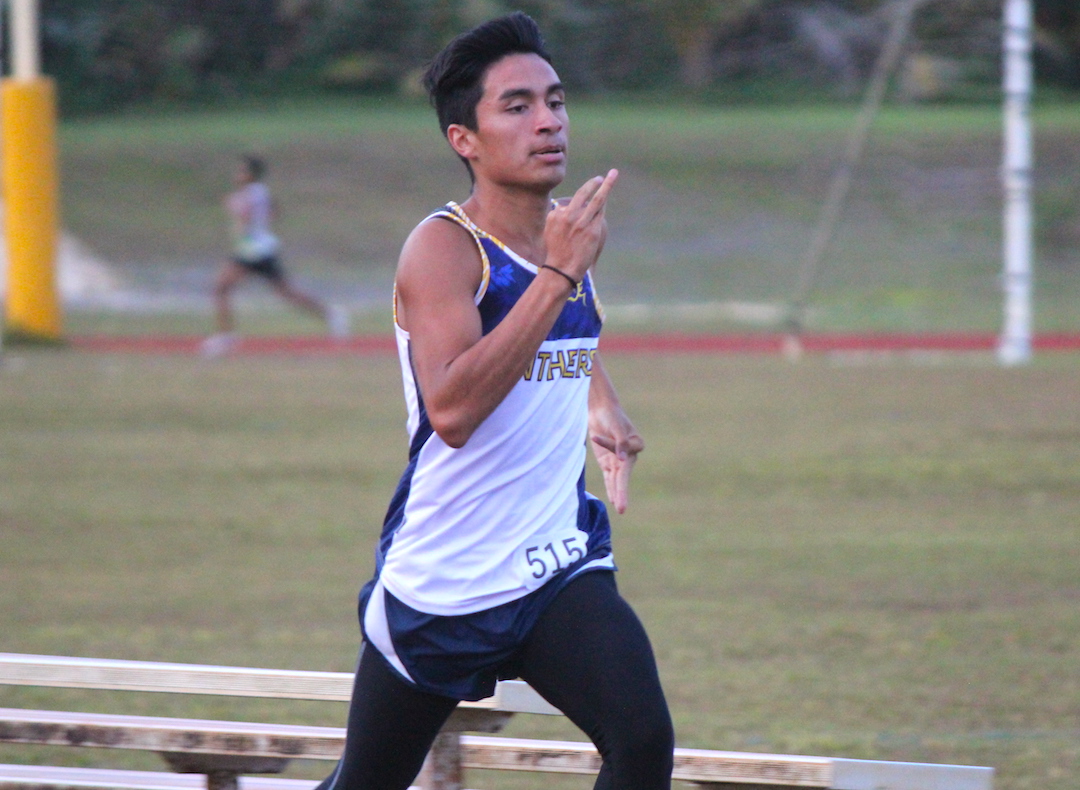 After a one week break, the IIAAG Track and Field season resumed with its third week at the Okkodo Track. Athletes were off last week due to Easter Break but continued to train during their break with the All-Island championships scheduled for next month.

The weather was perfect despite the lights briefing going off at 710pm due to a power glitch which caused a minor delay.

Ventura, a junior, said he was trying to break the record before he leaves island. “This will actually be my last season on Guam, my family is moving after the school year,” said Ventura.

Although breaking the record was a long-time goal for him, Ventura said his goal is to help the Panthers win the all-island boys  team championship.

“Our main goal is to win the championship. We are just trying to get as many guys as possible into the all-island by making qualifying times in different events,” said Ventura.

According to Ventura, the more qualifying spots are filled by Panther players, the more points can be scored to help the team total.

Ortega was scheduled to do the high jump as well, but the event was cancelled because of safety reasons. There were only two landing mats available which limited the landing space for the jumpers. “I wanted to see where I stand against the other jumpers,” said Ortega who finished second last year. After taking two weeks off from jumping, Ortega will have to wait till next week.

Okkodo’s Shania Bulala looks to provide valuable points for the Bulldogs and their run at a girls all-island championship. Bulala won the 100m sprint with a time of 13.20 seconds. Bulala said it will take a team effort and she is confident her team will do their best.

“We all need to continue to work 10 times harder. The all-island is coming up and it’s crunch time; we have to work as hard as we can to accomplish our goals,” said Bulala.

The IIAAG track meet four will resume next Friday at 5pm at the Okkodo Track.