MARTINEZ EARNS TITLE IN HIS RETURN TO MMA

After announcing retirement over 9 months ago, heavyweight Roque Martinez made his return to MMA in a big way. Martinez traveled to Japan over the weekend where he faced off against Jaideep Singh for Japan Deep Imact’s megaton division title. 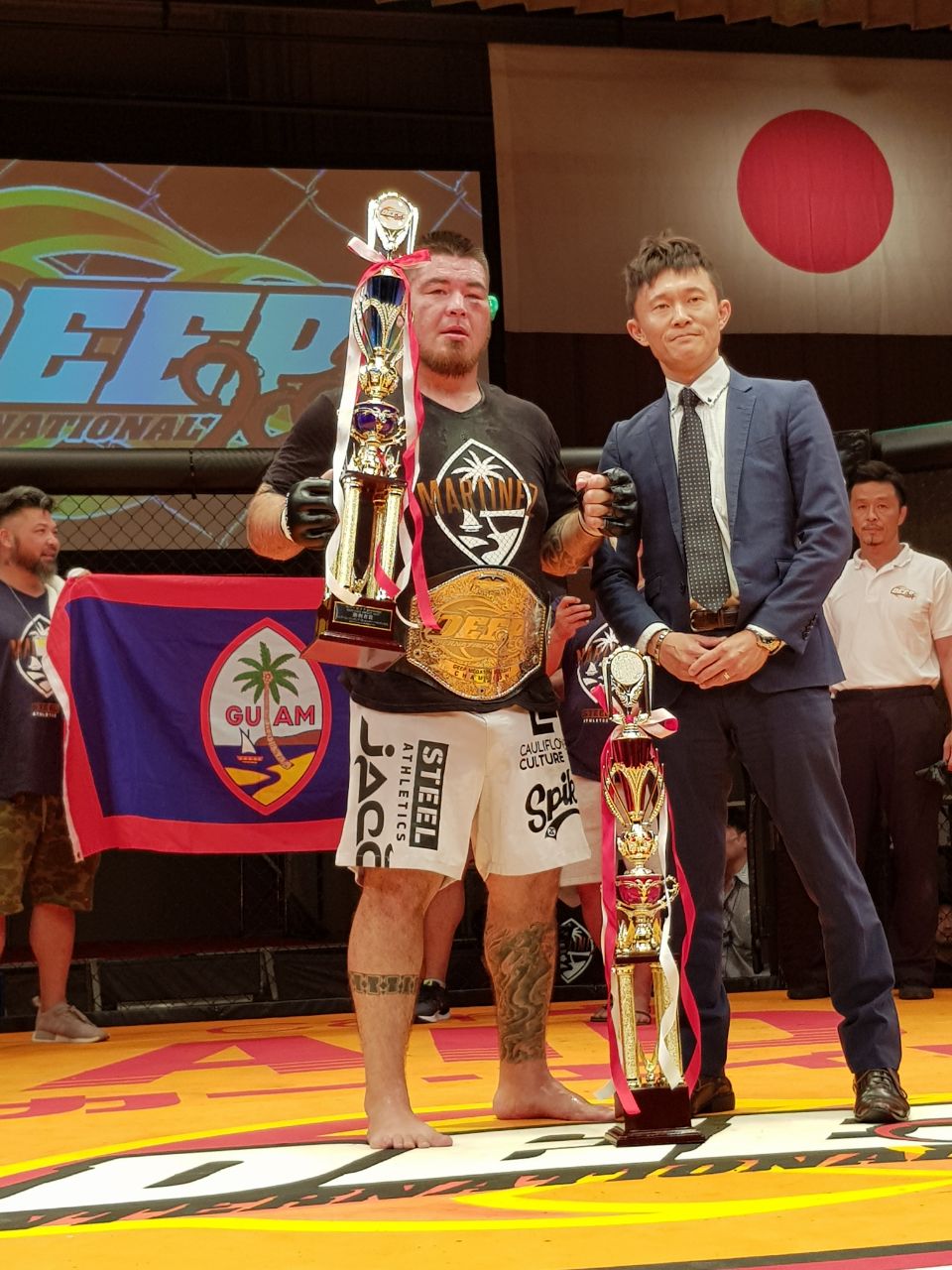 The champ is back!

After announcing retirement over nine months ago, heavyweight Roque Martinez made his return to MMA in a big way. Martinez traveled to Japan over the weekend where he faced off against Jaideep Singh for Japan Deep Imact’s megaton division title.

Martinez walked away a unanimous decision victory and nearly put away the taller Singh in the final round to claim the title.

“There was a little bit of cage rust, but I could have performed better. I should have been able to put him away in the final round, but he retreated and didn’t want to engage,” said Martinez.

Martinez gave credit to him camp, who even brought in special training with a taller kick-boxer to better prepare for his fight against Singh. Although, a secret to his success was having his biggest fan there. Standing on the sidelines was his mother Odessa, which has become a mainstay for Martinez in his fighting career no matter where he’s fighting

“It’s huge to have her there. I’m really close with my mom and it makes a big difference knowing someone like her has her back, I love it.”

Martinez gained confidence in his ability to return to MMA after performing at high levels in his off-time workouts.

“I felt like I still have so much left to offer and that maybe it wasn’t time to hang it up,” said Roque on his imminent return. “I was always on the fence about it, but when Deep Impact offered me a title shot I felt that I couldn’t turn it down.”

Rizin Fighting Federation’s Sakakibara Nobuyuki met with Martinez after the fight and stated how they want to put him on their event.

“Rizin is a huge production and I know they promote their fighters like superstars,” said Martinez of the opportunity.

With UFC Japan also setting up in September, Martinez also explained that there lies another big chance if he can catch the UFC’s radar.