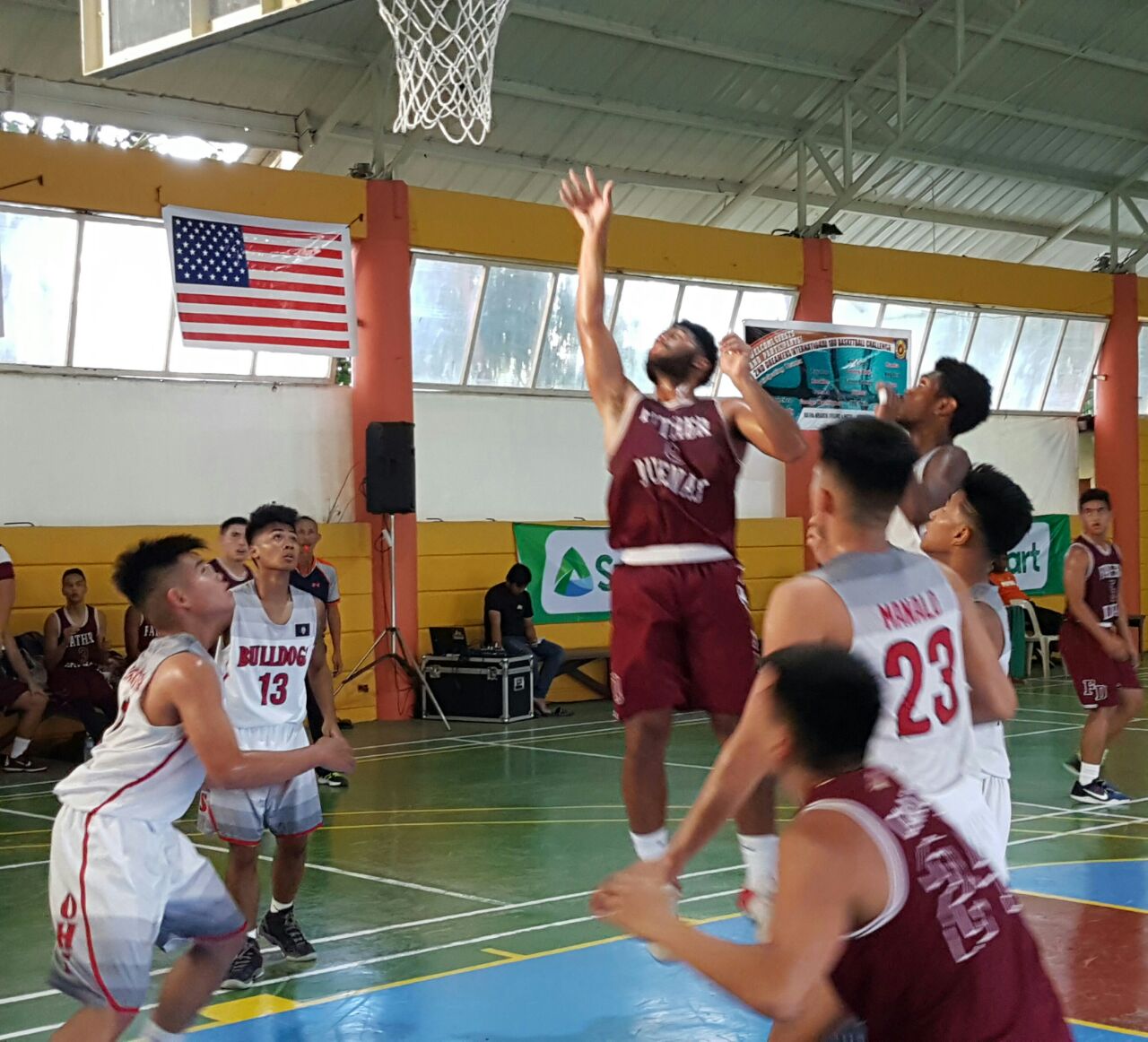 In addition to the six Guam teams, there is a team from Canada and nine other teams from schools and clubs in Lucban and Manila. The six-day tournament aims to deliver on its promise of quality basketball for its competitors and spectators. The six Guam team are: Father Duenas Friars, George Washington Geckos, John F. Kennedy Islanders, Okkodo Bulldogs, Simon Sanchez Sharks and the Tiyan Titans.

The games kicked off yesterday with the Geckos squaring up against the Canadian team. The taller Canadian ballers took home the first win of the tournament 96-68, outlasting GW’s Ken Broso who lit up the scoreboard for 33 points. Canada’s Robert Ocampo poured in 15 points, 7 rebounds and three assists. Teammate Andre Cruz chipped in 16 for the win.

* Father Duenas 63, Okkodo 50: The Friars finished with a balanced scoring attack with three hitting double digits. Nathaniel Kyle Gaitan paved the way with 16 points and 6 rebounds. Leon Shimizu and De’Aundre Cruz tag teamed for 25 points. Athan Arizanga had 9 points and 10 boards in the loss, while teammate Shannon Enriquez provided much of the offensive punch with 22 points.

* Games continue today at 9 am with our Guam teams facing some of the top teams in Lucban. Games can be watched on Facebook via PInoy Youth Dreamers. All games are filmed live.