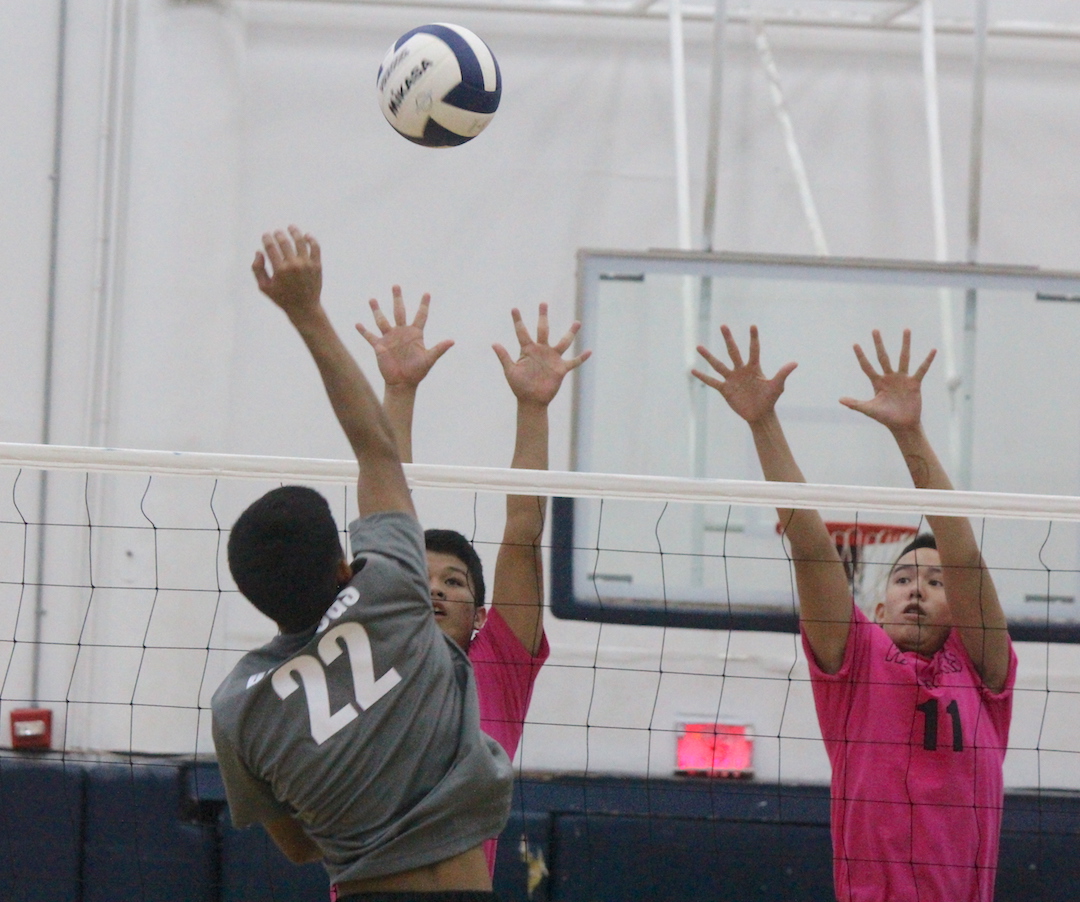 The Warriors were in danger of dropping the 1st set by falling behind 13-4 after a multitude of hitting errors. Okkodo’s Derrick Robles was having a strong set with two kills and two blocks with his team leading 18-12, appearing to cruise to a 1st set victory.

A combination of service and formation errors allowed the Warriors to creep back into the set, eventually tying the game at 23 off a kill from the setter Jonathan Hotelling. Okkodo would give up the lead off a service error and then the set point off a hitting error, pumping up the Warriors players to the bench.

“We’re a pretty young team, but we work hard. We found it in our hearts and dug deep because we didn’t want to lose this game,” said captain Maui Santos on the Warriors set turnaround.

The 2nd set featured the Warriors in control, grabbing a 10-5 lead out the gates with Santos grabbing a kill and ace in the run.

Okkodo came roaring back off a thunderous kill from Christian Ongpauco to get within 15-14, before tying it all off a Warriors error at 15 all.

St. Paul got a spurt of defense form middle blocker Isaiah Macalma by going on a short run for a 17-15 advantage. Santos added to a back-and-forth sequence with a kill and ace to further the lead 21-19.

Santos let a clean serve fly over and after a short volley, the Bulldogs fell to a self-inflicted untimely error, giving game to St. Paul.

“[Okkodo] beat us last year so this win was a good step. We haven’t had many wins in the past seasons but after tonight it’s looking good,” added Santos.