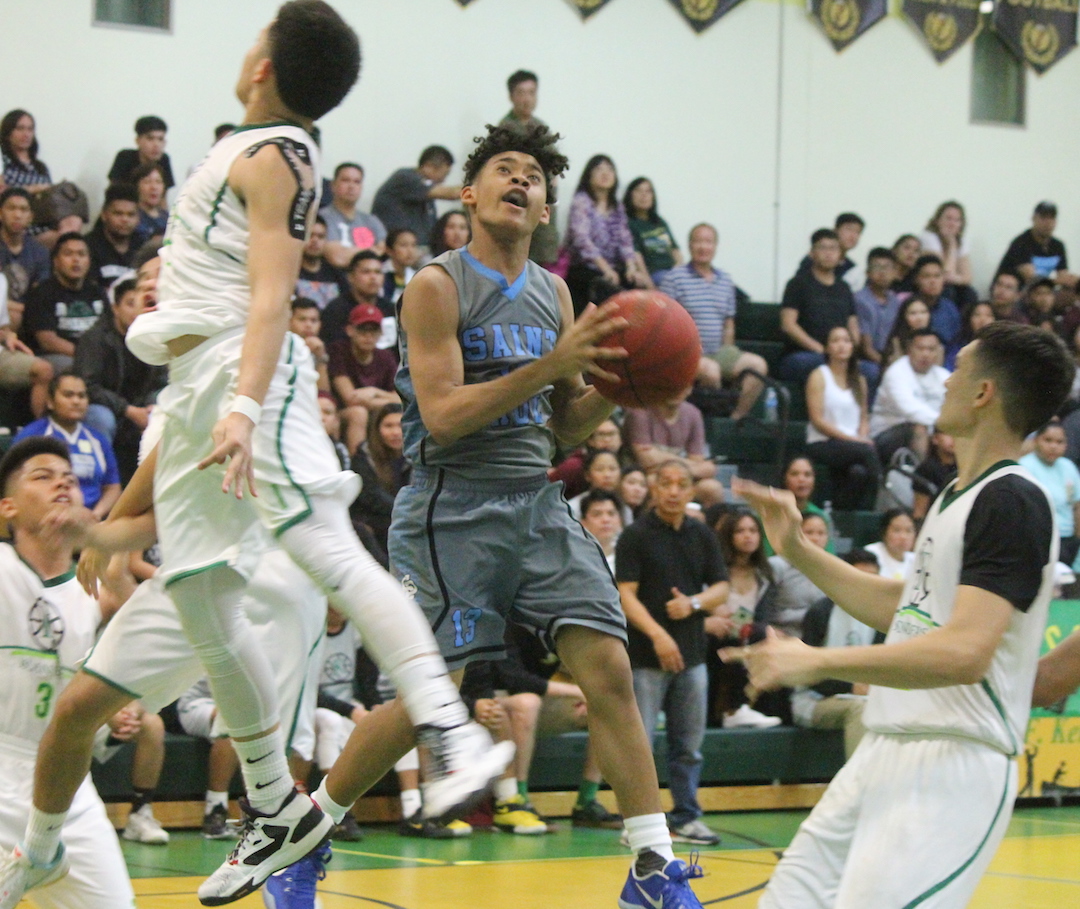 Warrior Jahmar White put the finishing touches on a close contest by scoring 12 of his game-high 24 points in the 4th period. St. Paul outscored JFK 25-4 in the final quarter to blow a close contest out of the water.

“The intensity changed. We started to get steals which opened up our offense,” said White on the turnaround.

White opened up the contest with a 9-point 1st period and poured on his best as the closer. Teammate D’Angelo Gallardo finished with 19 points while adding to the 4th quarter surge, scoring 10 of his points in the final quarter as well.

“It really helped me get into my rhythm,” added the sophomore star on his hot start. “That allowed me to finish the game strong.”

St. Paul deployed their full-court defense that forced four straight turnovers that turned into fast break scores from White and Gallardo. After hitting a three-pointer from the wing to go up 51-37, White took a rebound coast-to-coast that ended in a floater to go up 53-39.

JFK gave the home fans plenty to cheer for by keeping the undefeated Warriors tied to the hip. Islander guard Charles Manalac nailed back-to-back three pointers in the 2nd to get JFK within 21-19. Manalac converted on a third straight jumper from the same right corner, but the refs called a travel denying JFK a chance at a midway lead.

Guard Alschae Grape converted on what would be another momentum changing bucket down 25-21, but a questionable offensive foul was called ending the Islander run. Warrior Jericho Perez nailed a tough layup through traffic giving the Warriors a strong close to the half up 28-23.

Grape nailed a three-pointer form the right wing early in the 3rd to get within 34-32 before the Warriors started to settle into their offense. Each of the Warrior starters converted a bucket in the period with JFK’s Manalac hitting a three to prevent a complete Warriors run away, still down 42-37.

The Warriors then unleashed a full-court trap defense in the final period that sparked their 25-4 4th quarter outburst.

Finishing unbeaten wasn’t the ultimate goal, but the final game against JFK played heavy as an emotional roll for the Warriors as the league has moved into it’s playoffs.

“This was a statement game with the playoffs next. We really wanted to play our hearts out tonight,” said White.

The playoffs begin next Tuesday with the top four teams getting a first round BYE.