Zach Banner has made it to Guam! 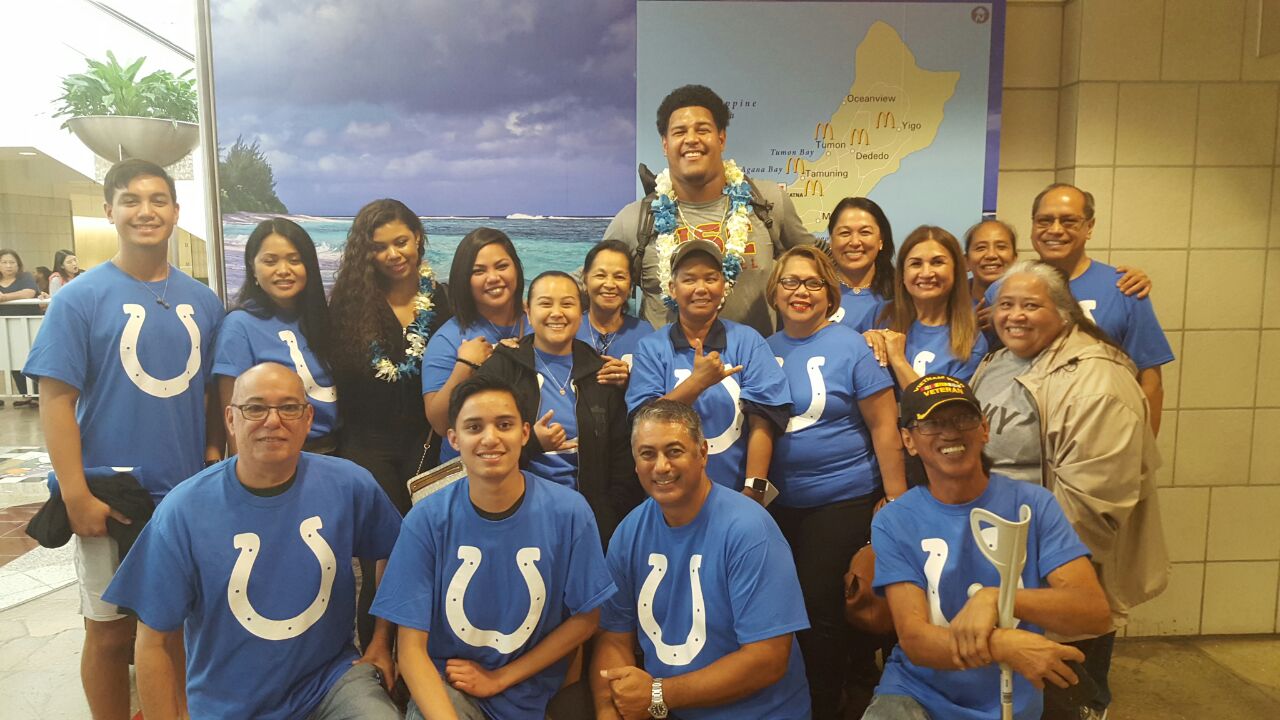 Zach Banner has made it to Guam!

On the eve of Independence Day, the new Indianapolis Colt offensive lineman Banner and girlfriend Alex arrived on Guam. For the next few days, Banner will be connecting with his roots while meeting all of his football fans.

Banner was met by the Sukola Family, all decked out in Colts gear.

Banner will be the center of attention this Thursday at the Guam High Field where he will host a football festival that’s open to the public!