BANNER SIGNS WITH THE STEELERS 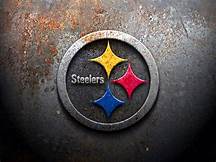 Zach Banner posted this photo on his Instagram earlier today with him signing a free agent contract with the Pittsburgh Steelers.

Zach Banner has a new home in the NFL: the Pittsburgh Steelers.

After sitting out for most of the off-season and training camp, Banner was able to latch on with the Steelers – his fourth team since being drafted in the 4th round of the 2017 NFL Draft.

He played in eight games with the Cleveland Browns last year after being cut by the Colts right before the start of the season. In January, he and then-teammate Larry Ogunjobi put on free football clinics on Guam.

The Carolina Panthers had him on their roster from March to May before releasing him as well.

In the off season, Banner spent some time training with Hall of Famer Jackie Slater and focused on his nutrition and conditioning while awaiting a call from a team.

The roster is currently at 90 and will be dwindled down to 53 for the regular season.