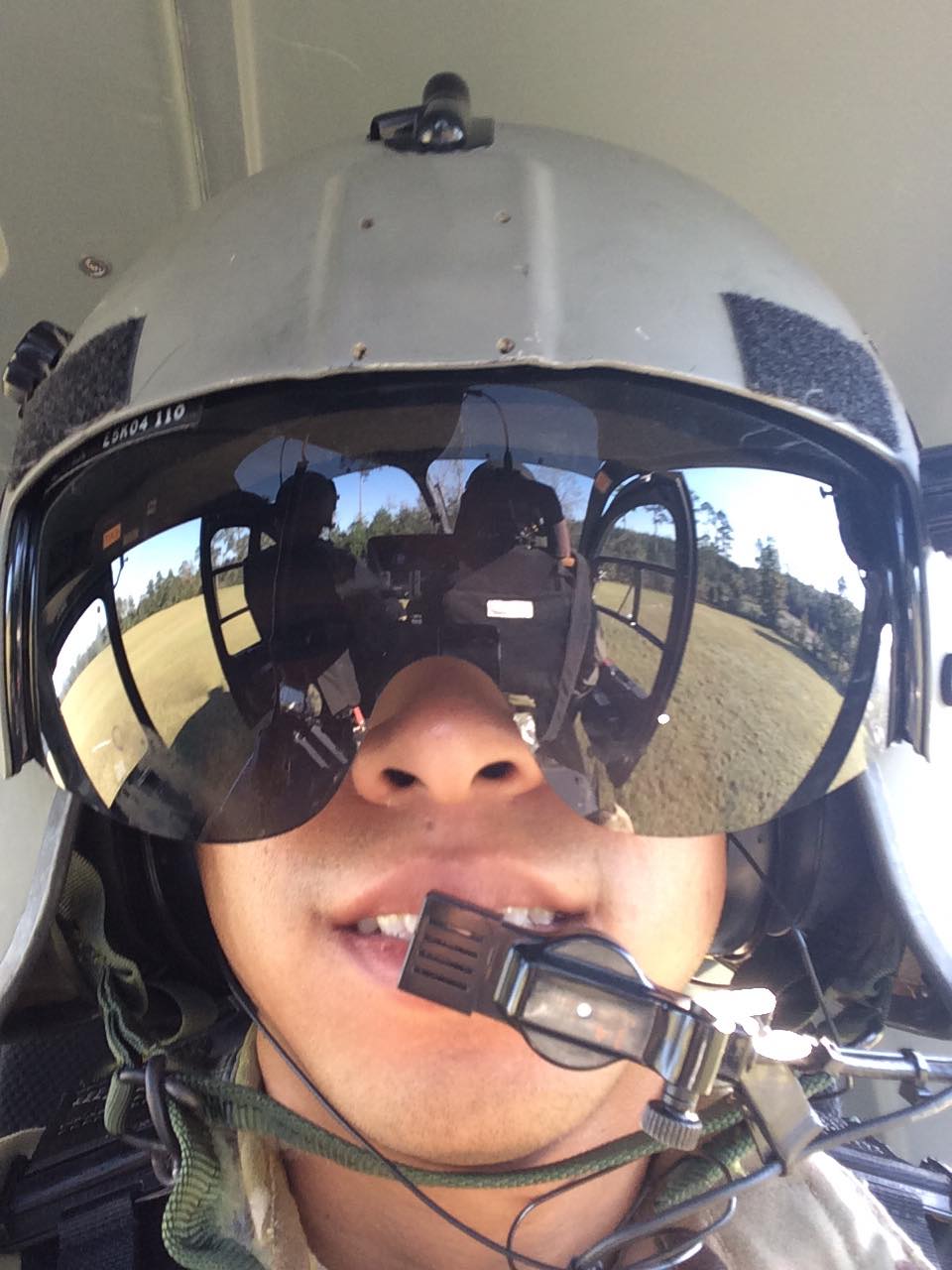 Napu Castro has been putting in some serious miles. Hundreds of miles running and now flying!

After putting in the miles as Guam’s top high school cross country runner with the GW Geckos in 2000-2002 and eventually running in the collegiate level and winning silver medals in the Micronesian Games, Castro now puts in miles in the cockpit as a Lakota helicopter pilot with the Guam Army National Guard.

Two obvious traits that connects the running and flying worlds are commitment and discipline.

“Once I set my mind on something it becomes my sole purpose,” Castro said. “I will not allow myself to start something without giving it my full commitment. So I immerse myself in all topics related to my craft or field. From reading running techniques and training programs, I’m now reading aviation related fields. The same can be said about discipline. I understand from running, what effort you put in is what you receive in return. Results don’t come fast, it takes years of training and being consistent to reach your goals.”

After an illustrious running career in the mid to long distance events, Castro enlisted into the Army in 2015 before going to Officer Candidate School a year later and graduating with honors.

He is now part of the historic flight crew with the Guam National Guard, being one of the first pilots of the Lakota helicopters. In fact, he’s behind the stick of the helicopter training missions we see flying around Guam every so often.

“First flight on Guam was amazing. It has always been a life long goal to be a pilot. Since the day I left for flight school I’ve wanted to fly back home. To finally see Guam from a different perspective is awesome. I got to fly from Barrigada Readiness Center to GIAA to Hawaiian Rock to Cocos Island then up to Andersen Air Force Base following Marine Corps Drive to Barrigada Readiness Center in about and 1 1/2 hrs.”

Napu Castro, now a 1st Lt, was a track and cross country star who is now a Lakota pilot with the Guam Army National Guard. (courtesy photo)

So did his running career help out with his Army career?

“It made the transition less painful. With the strong foundation, all I needed to work on was upper body. With all the ruck marching, I didn’t have to struggle as much in the beginning. But I think overall, as long as I stick with a consistent workout routine and diet I shouldn’t have to worry about executing my mission.”