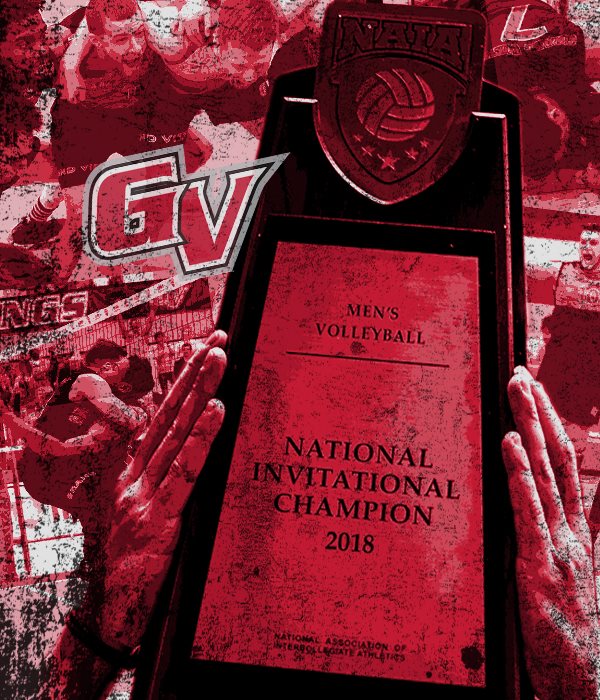 How many times have you heard that ‘the third time is a charm’?

Guam son Donan Cruz has been at the helm of the Grand View Vikings men’s volleyball program and has made it to the NAIA Championships the last five years. This was his third straight year sitting in championship row before finally being hoisted up as king of the court.

The Vikings took the national title in four sets over Benedictine University at Mesa on their home court in Des Moines, Iowa over the weekend.

GSPN caught up with the Guam southern boy as he recollects on the championship season and how the Guam culture carries over to his collegiate coaching career.

GSPN: This has to be so sweet for you after coming so close in the past years.

Cruz: Absolutely. And this year was also the most growth any team had over the course of the season. We had to learn how to coexist as a team in order to maximize all our assets we had this year. It was not an easy process but we put it together at the right time.

GSPN: What part of the championship match did you know that you absolutely were going to win?

Cruz: After getting to this point three seasons, I did not rest easy until the 25th point was scored in the fourth game. We have blown major leads in prior years so I did not take for granted any situation. However, in every championship we have never won a Game 1 and this year we went up the first two games so we definitely had much more of a different rhythm to the match and ultimately it ended in our favor.

GSPN: How much of Guam do you carry on your shoulders when you get to a stage like this?

Cruz: Guam is where I was raised. My southern roots are genuine and I try to incorporate how I was brought up and apply it to how I mentor and coach. My family and friends that still live back home are strong supporters and it means a lot that we having this conversation considering I moved from home a while ago.

Cruz: There are so many values I learned growing up on Guam that seem to be lost and it is a great opportunity for me to try to share that ideation with others.

GSPN: Any goals is moving up to a bigger college? I’m sure now with a national title under your belt, you’ve opened even more eyes as a coach.

The Guam flag is raised amidst the national championship celebration in Iowa. (courtesy photo)

Cruz: There are always opportunities out there. Over the last five years, things have come up but I am committed to building a special program at Grand View. For coaches, and anyone for that matter, that understand collegiate athletics it ultimately depends on what your personal and professional goals are. I enjoy leading the men’s program at Grand View and this is where my focus is at the time.

GSPN: You’ve recruited some Guam boys in the past. How has that endeavor gone in your eyes?

Cruz: I think good. I can’t say that we get a ton of guys but we recruit based on what we can offer them as well. It is not an easy process for guys from Guam to make the transition to being this far from home but also adapting to the level of volleyball here overall.

GSPN: What has been their biggest obstacles, other than the obvious of being away from Guam and the weather?

Cruz: The same as any recruit faces when they get to college. They are surrounded by guys that are equally as physical, equally experienced volleyball wise and in a lot of cases much more experience. They have to learn how to be in a gym that challenges you to be at your best.

GSPN: Anything else you want to add?

Cruz: I appreciate all my friends and family that got me involved in volleyball and basketball growing up. It was a huge part of fueling a fire and passion for the sport of volleyball and is still going! Without them, I would not be as excited about volleyball today.

GSPN:When are you coming home?

Cruz: I have been really trying to work with Mike (Rabago) and Herman (Ada of Guam Volleyball) to get out there for a little volleyball clinic tour but my schedule with USA Volleyball High Performance makes it really challenging but I think you can count on me being there within the year!