The JFK Islanders were riding defensive highs as they blanked the Southern Dolphins 23-0 at the JFK Field Saturday evening. 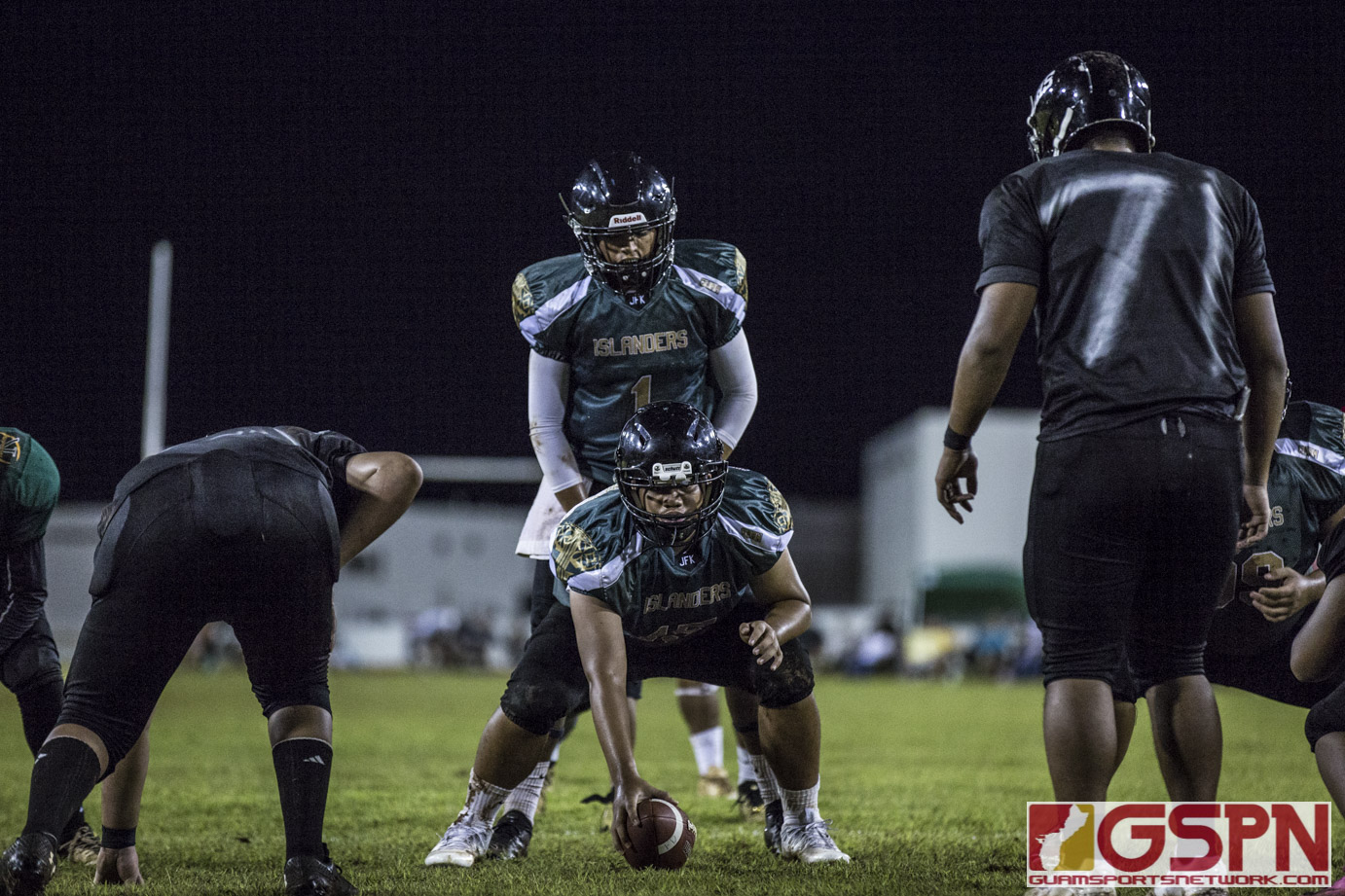 The JFK Islanders were riding defensive highs as they blanked the Southern Dolphins 23-0 at the JFK Field Saturday evening. The weekend kick-off to the 2018 IIAAG football season concluded with three different Islanders finding the end zone.

Islanders quarterback Allen Blend II threw for the games first touchdown and punched in the games final score on the ground to power the JFK offense. Receiver Nico Valez hauled in the 38-yard touchdown from Blend and running back Justin Camacho capped off a big run with a six-yard score in the 3rd quarter.

“We have a solid line this year and I’m happy with what we were able to do today,” said Blend on how his offense performed in the season opener.

“There’s still some simple errors that we need to fix, but I’m proud of the way that we played on the defensive side of the ball today,” said Chase.

Islanders Juan Sarmiento converted two-of-three PAT’s and also converted on the games only field goal attempt. Sarmiento’s score gave the Islanders a 10-0 lead at the half.

JFK started to get more ground work in during the 3rd quarter as Camacho spurned the defense for a 25-yard run on a near scoring play. Camacho dove into the end zone but was ruled a yard short and taken out of bounds. A false start penalty pushed the Islanders back to the six-yard line, but Camacho skated right through the middle to finish the job, putting JFK ahead 16-0.

Big runs from Camacho and Spotanski brought the Islanders inside the red zone in the 4th quarter that ended in a quarterback keeper from Blend for one yard for the 23-0 score.

The JFK offense is functioning at a more comfortable pace behind second year starter Blend. The offseason work put in by JFK’s lead players has played the biggest part in their dominant performance Saturday evening.

“I have a lot more confidence this year. My first year I got a good taste of what high school football is like, and it came with a lot of sacks, but that’s okay,” laughed Allen. “I try to hit the gym everyday and our team has been dedicated to cross-fit so we have been working hard all off season.”

For Spotanski, winning a title is of course the end goal, but his personal goal is to make his father, who passed away last year, proud by dedicating his senior season to him.

“That’s my ultimate goal,” said Chase on honoring his dad. “I want to make him proud by playing hard this season.”

The Islanders will take on the Tiyan Titans Saturday evening while the Southern Dolphins will face the Sanchez Sharks at the Okkodo Field on Saturday as well.

The Dolphins forced and recovered a fumble on the opening drive