A week after forfeiting their season opener due to lack of available players, Saturday evening’s football game between the Sanchez Sharks and Southern Dolphins ended in the 3rd quarter via forfeit after Sanchez suffered their fourth injury of the night. 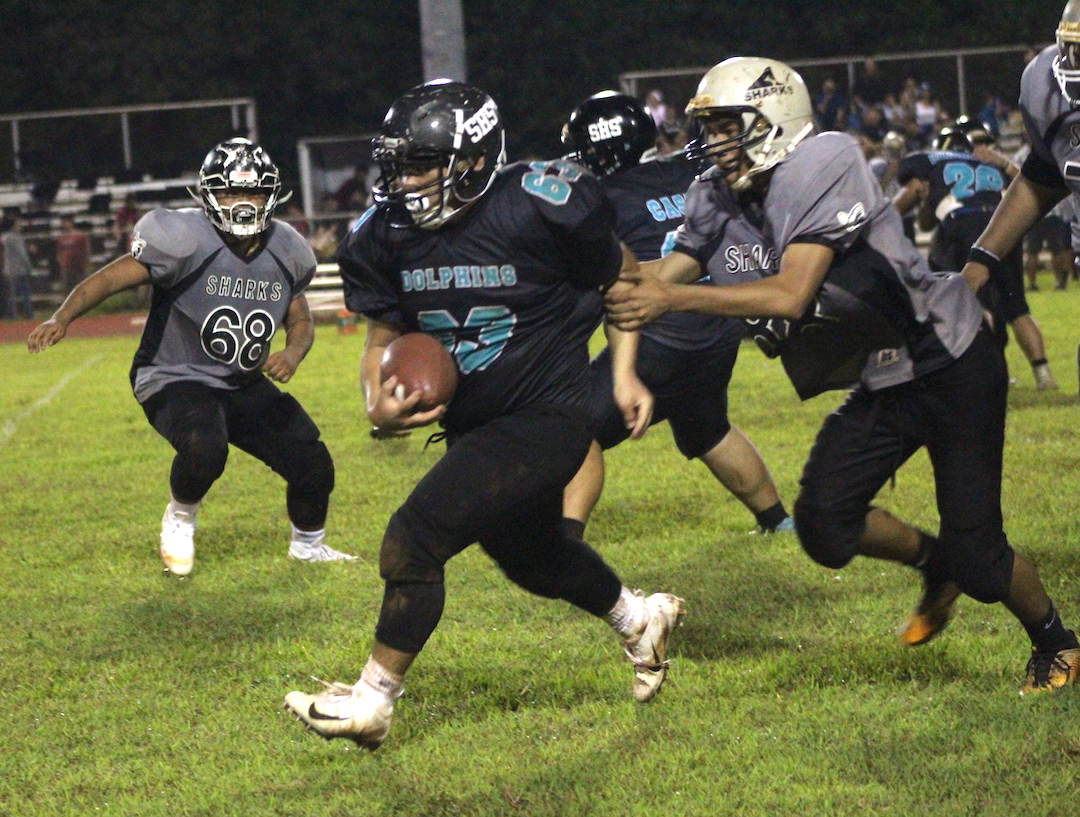 A week after forfeiting their season opener due to lack of available players, Saturday evening’s football game between the Sanchez Sharks and Southern Dolphins ended in the 3rd quarter via forfeit after Sanchez suffered their fourth injury of the night. Sanchez decided to concede the game after only suiting 18 players with in-game injuries dwindling their total active players to just 14.

The Sharks conceded in the still scoreless game, giving the Dolphins their first win in over three years.

The evening ended in a celebration-less victory for Southern after the unfortunate ending, but the win is still a positive sign for head coach Jonas Escuadra’s Dolphins program after taking over in 2017.

The forfeit overshadows a strong night for the Southern defense that managed to keep the dangerous running duo of Kamarin and Kameo Toves in check. Led by senior Roi Cruz, being able to walk off the field victorious is a feeling not many Dolphins over the past decade were able to do.

“My brother played this game for the Dolphins and didn’t get any wins so I’m making my family proud by getting this win. All the boys on my team are my family too,” said Cruz.

Southern had six points taken off the board due to a holding penalty after quarterback Ethaniel Escuadra connected with receiver John Topasna for a 45-yard touchdown in the 1st quarter.

Neither offense could get much going with the ball reaching the red zone just one time all game. A late hit after a catch from Topasna brought the Dolphins to the Sharks 18-yard line in the 3rd quarter. That drive would end on a missed field goal from 30 yards out.

On the very next Sharks drive, Toves went down after a fumble forced by Gabe Stanley which the Dolphins recovered. Toves stayed down after taking the big hit from a host of Dolphins which prompted Sharks head coach Jimmy Naholowaa to concede after Toves’ injury would be his fourth player lost on the night alone.

The Southern Dolphins will try to pick up their second straight win against the Okkodo Bulldogs Friday next Friday while the Sanchez Sharks will face the Tiyan Titans.