JFK Islander’s quarterback Andrew Perez has found a new football home and the now senior helped the home team JFK defeat the Tiyan Titans 28-0 to improve to (2-0) on the season. 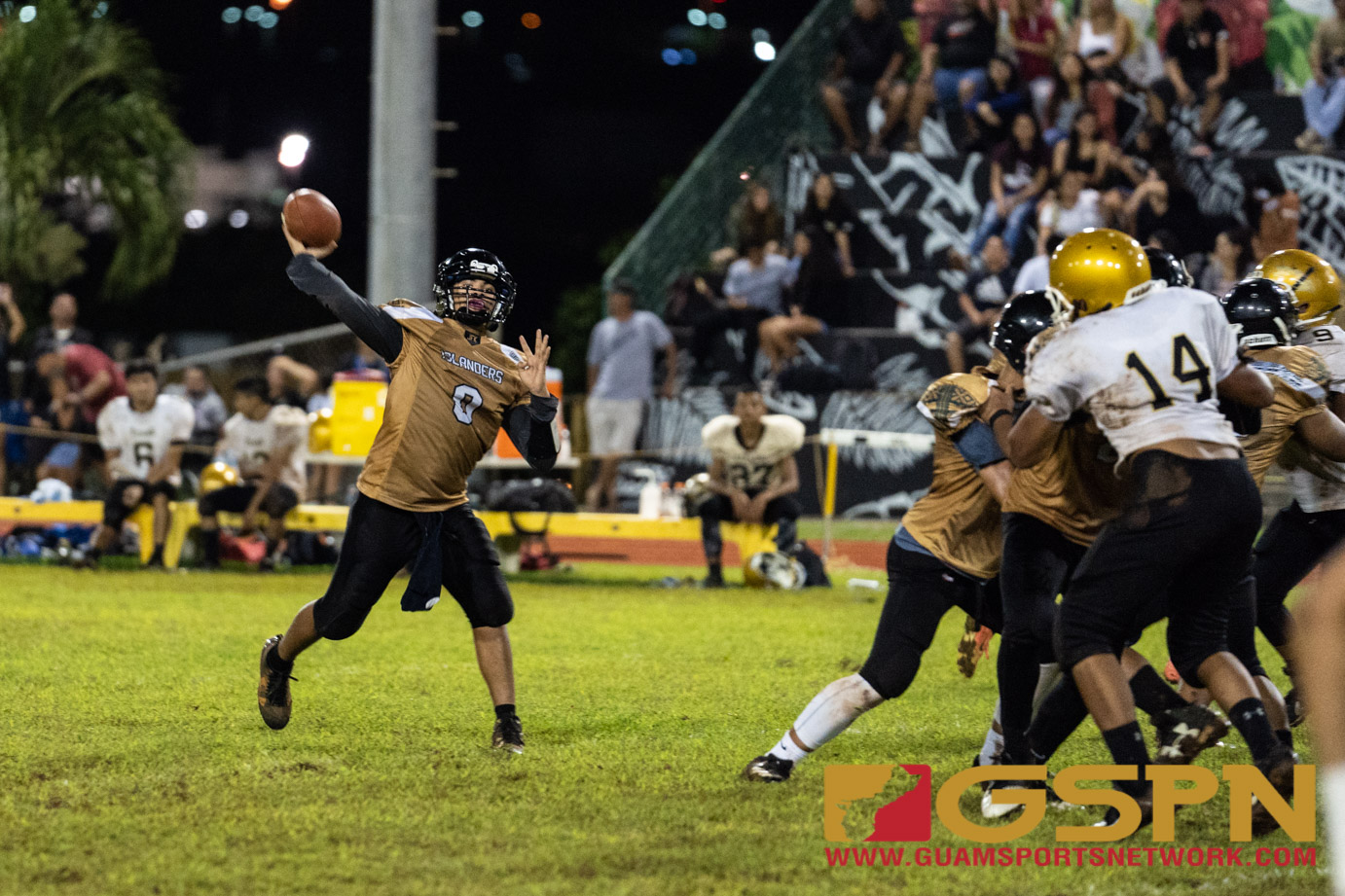 JFK Islander’s quarterback Andrew Perez has found a new football home and the now senior helped the home team JFK defeat the Tiyan Titans 28-0 to improve to (2-0) on the season. Perez got the nod against the Titans after sitting out in week 1. His first night as an Islander ended with a passing and rushing touchdown.

Perez connected with receiver Nico Velez in the 1st quarter for a 65-yard scored and running back Deante Delgado punched in a red zone run to have JFK up 14-0 at the half.

Running back Justin Camacho extended the lead with a touchdown run in the 3rd quarter and Perez closed the night out for JFK with his final score on a quarterback sneak for a 28-0 game.

The Islanders early season hot streak will be tested against the FD Friars next Saturday while the Titans try and regroup to handle the Sanchez Sharks on Saturday as well.