The Rays took Game 1 on Friday, but Game 2 belonged to the O’s as their offense came to life as the O’s blanked the Rays 7-0 to tie the series at one game each. 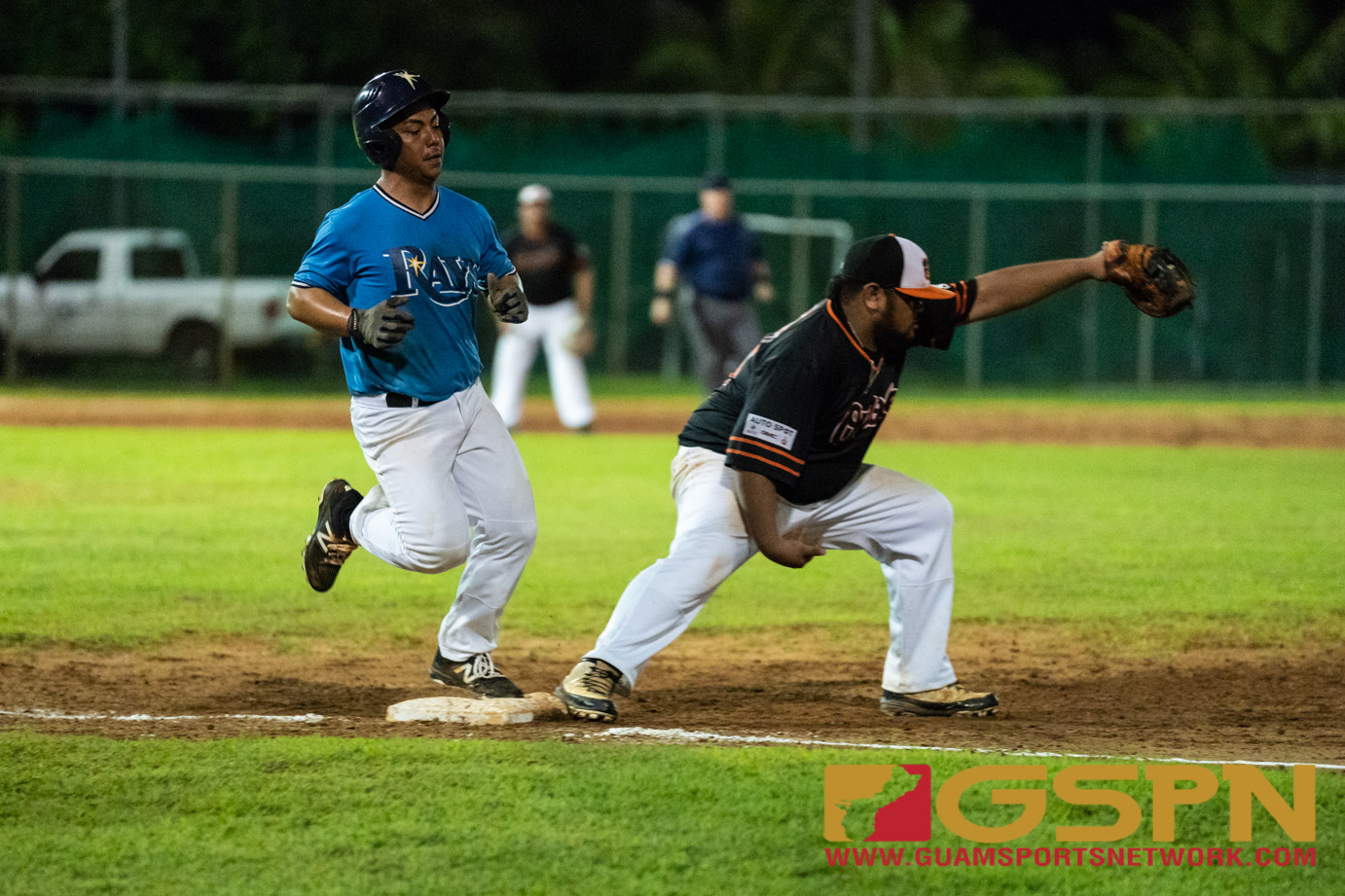 While most of Guam was getting ready for the incoming typhoon and sitting in COR 2, the GML Championship Series carried on as scheduled between the Auto Spot Crowns Orioles and the IT&E Rays. The Rays took Game 1 on Friday, but Game 2 belonged to the O’s as their dormant offense came to life as they blanked the Rays 7-0 to tie the series at one game each.

The O’s got on the board in the 2nd inning off an error for a 1-0 lead, but the offense started to pick apart Ray’s starting pitcher Paul Pengelinan in the 5th inning. Singles from the O’s Mark Laanan and Jathan Muna Barnes set up a Kurt Diaz 2RBI single. Hattig brought in the O’s third run in the inning to post a 4-0 lead.

Orioles Mike Muna went a perfect 3-of-3 on the night, and his last at bat took a favorable curve towards the right out field to tack on the teams last run on the night in the bottom of the 8th.

Defense was on point for the O’s as they finished off double-plays in four innings to keep the Rays offense from jump starting.

O’s Freddy Cepeda gets the win with Muna Barnes going 3-of-5. Pangelinan made his exit in the 8th finishing with just 2ks as Kyle Kukendell stepped in to grab one strikeout. TJ Sarmiento was the lead man for the Rays going 2-of-3.

The Rays loss is the first ‘L’ this season after going a perfect 10-0 in regular play. Game 3 of the series is scheduled to go down next week Friday as long as weather permits.