Ricky Camp comes up big Down Under. 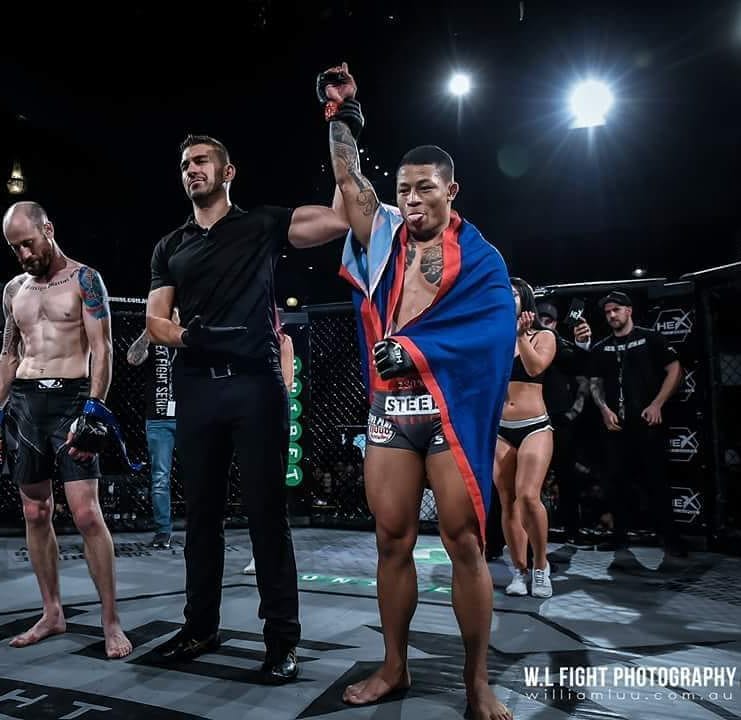 Two of Guam’s premiere mixed martial artists went to battle this weekend with Ricky ‘2 Slick’ Camp coming away with an impressive submission win in Brisbane while the super popular Frank ‘The Crank’ Camacho suffered a second round TKO in Dallas, Texas.

Camp won his fifth straight fight and third straight in Australia’s HEX Fight Series Saturday night. His first round submission over a New Zealand opponent in 46 seconds was arguably his most impressive victory. He is now 10-4 and is eager to make the jump to the big leagues such as UFC or Bellator.

Camacho couldn’t match up with opponent Geoff Neal’s precision striking in the first round of their UFC 228 welterweight bout Sunday morning (Chamorro Standard Time). Neal finally connected on a perfect head kick that put Camacho out even before he hit the mat.

After the fight, Camacho was in good spirits as he was being medically checked at a nearby hospital. His MMA record falls to 21-7 (1-3 in the UFC).