In a battle of the Guam Major League’s (GML) top teams Tuesday night at the Paseo Stadium, the Rays and Orioles put forth an instant classic that ended in a walk-off winner for the Rays. 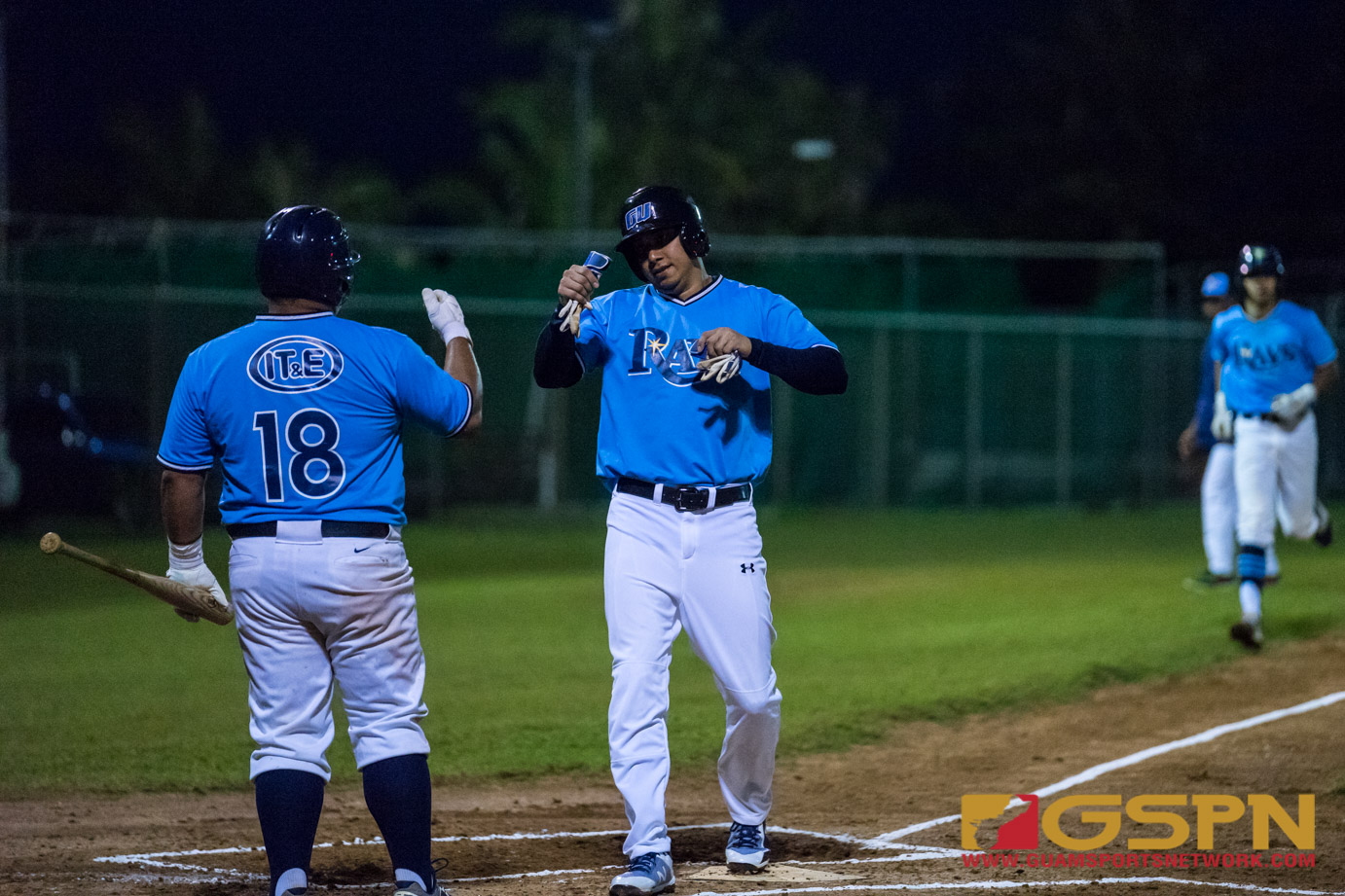 In a battle of the Guam Major League’s (GML) top teams Tuesday night at the Paseo Stadium, the Rays and Orioles put forth an instant classic that left plenty of baseball fans satisfied.

“I haven’t seen a ball game end like that in a long time,” proudly shouted on fan as he walked out of Paseo.

In the end, the Rays got a lift from their youngest stars as Cooper Paulino smashed a walk-off RBI double to bring in teammate Athan Yatar in the bottom of the 9th inning, propelling the Rays to a 5-4 win over the GML’s defending champion Orioles.

Fresh off making a huge defensive play to keep the O’s off the board in the 9th inning, Paulino came through with the timely hit to win the game, letting the rest of the league know that the young guns have arrived.

“I just needed to trust my hands and treat it like it was just another pitch,” said Paulino on the game winning hit.

The Rays took an early 4-1 lead, sparked by a two-run homer from Isaiah Nauta in the 1st inning. The O’s stormed back behind a big 5th inning from Matt Muna to tie the game at four runs each, setting up a wild 9th inning finish. Muna notched a 2RBI single to get within 4-3 as Randy Alcantara tied the game up at four.

The Rays and Orioles squared off in a battle of GML Heavyweights. (photo by Michael Blas)

The Orioles were riding a big wave in the 9th after lead hitter Jathan Muna-Barnes opened with a base hit, followed by a double from Sean Muna Jr. to force the Rays to retire starting pitcher Paul Pangelinan. Coming in was TJ Sarmiento, who was facing runners on 2nd and 3rd with no outs.

With momentum on their side, no outs and Matty Muna facing loaded bases, the Orioles shockingly did not come away with a run in the 9th. Sarmiento caught Muna swinging for his first and only strikeout of the game which set the stage for Mike Bautista.

Bautista hit a grounder towards 2nd base as Paulino scooped up the ball for the out before firing a dart to 1st for a wild double play.

“I was really hyped, but I really needed to calm myself down before getting into the batters box,” said Paulino on the play.

The Rays were dipping into the bottom of their rotation with Yatar drawing a walk, which turned into a bunt a bat later to advance Yatar to 2nd base. Paulino, the last batter in rotation, smacked a shot deep left as it bounced off the back wall before the Orioles outfield could get to it. Yatar was darting in with one hand held high as he scored the winning run.

It was a special night for Balajadia, who connected on four hits at all four of his plate appearances. He didn’t foresee himself having the big night, but he was consistent stroke kept the Rays offense running.

“When we face these guys we have to come and play. They have National Team guys over there and they are the best team on island. If we want to survive in this league we have to come ready,” said Balajadia on facing the O’s.

And with his young teammates making big plays against some of the best ball players on island, Balajadia feels the stage isn’t too big for them.

“They may not be veterans, but they’ve been playing ball for a long time. For them to handle the pressure in a big game like this says a lot about their character and proves just how much we need them on the team,” said Balajadia.

Sarmiento gets the W for the Rays and Orioles Freddy Cepeda takes the loss with eight strikeouts on the night. Pangelinan was retired in the 9th, finishing with four total strikeouts.