The GSPN Pre-season Basketball Tournament presented by the Guam National Guard and the University of Guam is scheduled to start on January 13th with 11 teams making an appearance. 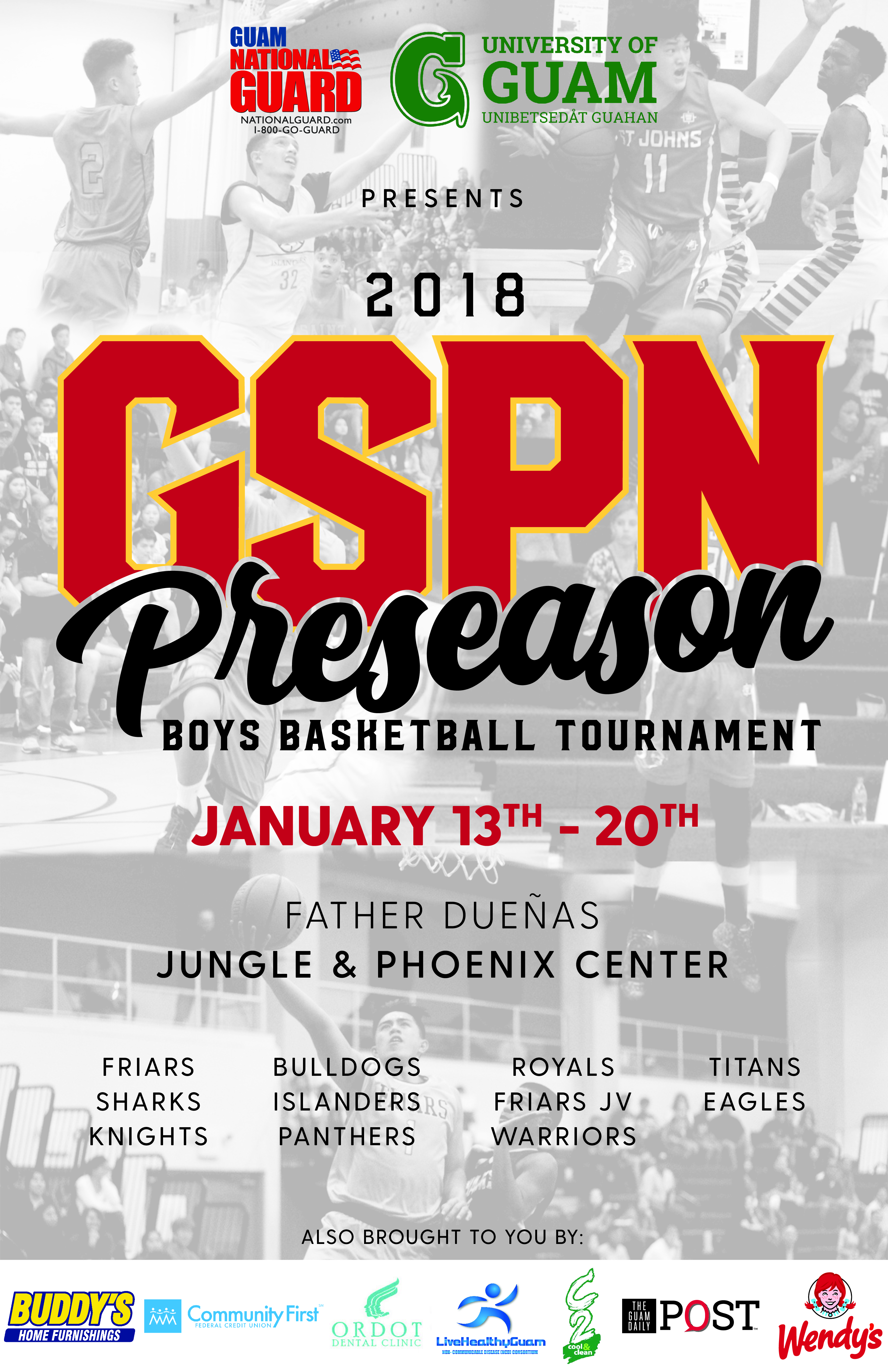 It’s that time of year again, high school basketball is almost upon us!

The GSPN Pre-season Basketball Tournament presented by the Guam National Guard and the University of Guam is scheduled to start on January 13th with 11 teams making an appearance.

The Southern Dolphins and GW Geckos have both elected not to participate in the 2018 Tournament.

The main objective, of course, is to improve and get better to be ready for the IIAAG season.

“This preseason tournament we’re focused on meshing as a team. We have been working hard leading up to this debut, but we’re focused on the long grind. We are looking to see which areas we’ll be needing to improve for the regular season and making a possible push for post season play. We have high hopes and aspirations, this preseason tournament is our first outing and were excited to compete,” said ND head coach Josh Torres.

Last year, the St. John’s Knights won the pre-season championship over the St. Paul Warriors at the FD Phoenix Center. However, it was the Warriors that had the last word after winning the IIAAG championship, going undefeated for the season.

Four years ago, the S.t John’s ‘fab five’ freshman class had all the potential to win multiple championships under head coach Fred Peters, but has been upset multiple times in the playoffs. This year, they are all seniors and look for the defending pre-season champions to have another strong showing in the GSPN tournament. Michael Min, Gavin Moore, Isaac Sim, Tony Hsieh and Takumi Simon are hungry for the IIAAG title; could this be their year?

“Every time we step on the court, we are playing to win so that is our goal. But ultimately, I think we’ll use the pre-season tournament games to pin point our strengths and what we need to work on and really gel together as a team,” said Hsieh.

“I think the most important thing after the pre-season tournament is to not get complacent, constantly work hard and to strengthen our weaknesses,” said Hsieh.

Although the Knights are the defending pre-season champs, the Warriors will probably have the largest target on their back after winning the IIAAG championship last year. They have a majority of their key players back from last year and they will look to continue their dominance.

Reigning IIAAG MVP Jason Diaz will lead a stacked Warriors squad with a dominating back court of Jahmar White, D’Angelo Gallardo, Reo Aiken and Thelo Orichiro. The Warriors have the best team chemistry in the league and they will continue to pressure their opponents and force turnovers.

The FD Friars will have the luxury of playing on their home court. Good news for the Friars, they will have Mark Temerowski back after he missed the entire season last year with a knee injury. The Friars went to the championship game last year, falling to the Warriors in the final minute. Key seniors returnees will be DeAundre Cruz, Tomas Calvo and Kyle Gaitan.

Here is a look at last year’s top scorers for the IIAAG season.
(*denotes graduated senior)