The IIAAG double-elimination baseball playoffs was flipped upside down Tuesday as both lower seeds knocked the two top teams into the losers bracket. The Sanchez Sharks dominated the Guam High Panthers in a 13-2 win while the GW Geckos handed the FD Friars their first loss all season in an 8-3 win. 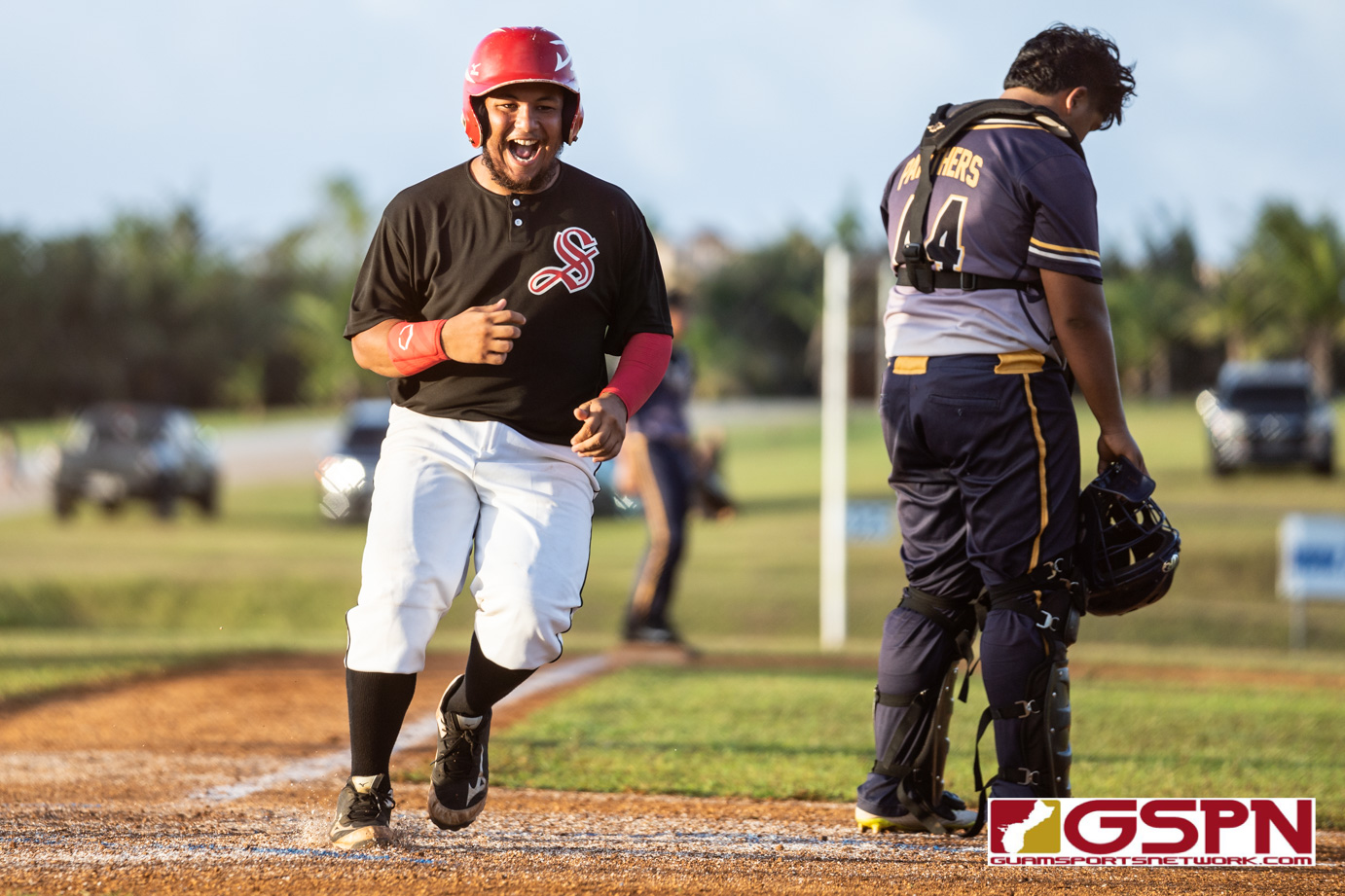 The IIAAG double-elimination baseball playoffs was flipped upside down Wednesday as both lower seeds knocked the two top teams into the losers bracket. The Sanchez Sharks dominated the Guam High Panthers in a 13-2 win while the GW Geckos handed the FD Friars their first loss all season in an 8-3 win.

Both the Friars and Panthers will be playing for playoff lives on Saturday while the Sharks and Geckos will get the chance to compete for the playoffs top seed next Monday.

A closely contested battle through four innings quickly turned into a one-sided game as the Panthers piled on errors which allowed the Sharks put up seven runs in the bottom of the 4th to take a commanding 7-1 lead.

A pass ball from Panthers starting pitcher Gavin Gagucas put the Sharks on the board and a fielders choice off an RBI from Tyler Enaligo had given the Sanchez offense a jump start. Gagucas’ was retired in the inning after another pass ball allowed the Sharks third run in the inning, bringing on Javier Concepcion with loaded bases.

A walk scored another for the Sharks for a 4-1 lead and an RBI double from the MVP Sigfrido Sanchez piled on a 6-1 advantage for the Sharks.

“We just worked hard and did what we had to do,” who also stated that his performance had nothing to do with trying to justify being named the MVP. “Being MVP isn’t that big to me, I’ve still got to work hard all game.”

Wendy’s POG: Sanchez Sharks Sigfrido Sanchez paces the team on both ends as they pick up a 13-3 win over the Guam High Panthers in the winners bracket of the 2018 IIAAG HS Baseball Playoffs. (Photo by Michael Blas)

Guam High struggled to get their offense going with the Sharks picking off Panther base runners going for steals on four separate occasions.

The Panthers defeated the Sharks in the regular season and Sigfrido and the boys were aiming to avenge that loss despite being the lowest seeded team in Wednesday’s winners brackets.

“We wanted to avenge that loss big time,” admitted Sanchez on entering Wednesday. “We’ve got to be really focused from here on out and we know how hard we have to work to win that ‘chip.”

Gagucas takes the loss for the Panthers while Rico Miner takes the win for the Sharks at the mound.

The hottest team in the league refused to let their flame burn out as the Geckos used timely hitting and a stout defensive performance to drop the previously unbeaten FD Friars into the losers bracket.