A highly anticipated competitive game between two undefeated teams in the Guam Elite Youth Summer Showcase turned into a blowout victory. The Warriors Club took advantage of a lack of players from the Phoenix Sons Club to win 58-37 Friday evening at the Guam Elite Gym in Tiyan. 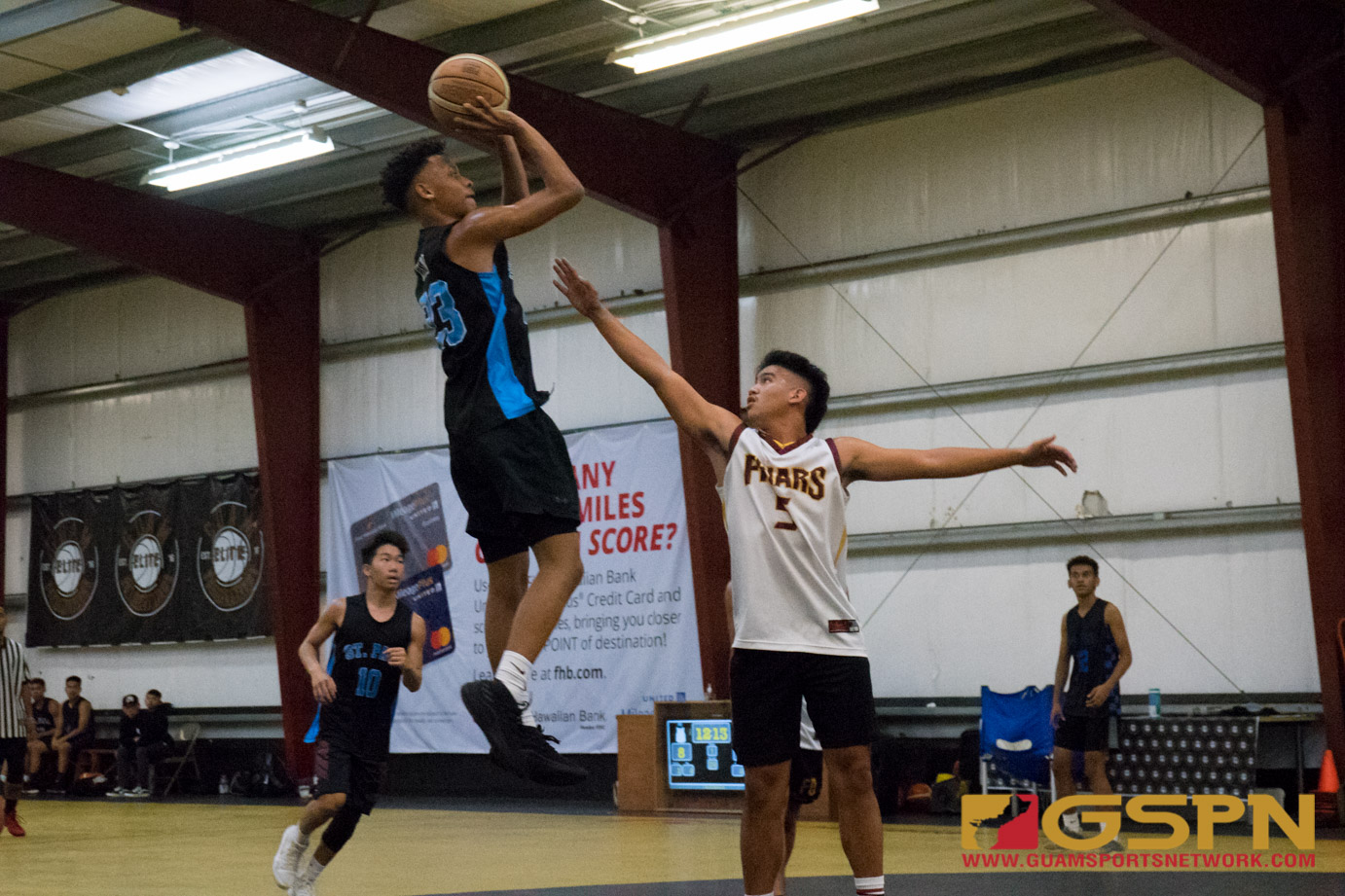 A highly anticipated competitive game between two undefeated teams in the Guam Elite Youth Summer Showcase turned into a blowout victory. The Warriors Club took advantage of a lack of players from the Phoenix Sons Club to win 58-37 Friday evening at the Guam Elite Gym in Tiyan.

White makes early statement
The Warriors jumped out to a quick 10 point lead and never looked back. Jahmar White wasted no time to establish his presence with six quick points.

“We saw that they only had five players so the game plan was to speed them up and force them to make mistakes,” said White. The Phoenix committed multiple turnovers in the first half which jumpstarted the Warrior offense.

The Warriors extended their lead to 20 points with less than four minutes left in the first half. The Sons were unable to get any rhythm established and forced shots as the Warriors continued to sub freely with fresh defenders pushing the pace of the game.

Reo Aiken and Brandon Miranda added insurance points before halftime with each hitting 3-pointers to take a 45-17 lead by the break. “The goal for our team this summer is to get our younger players some quality playing time to prepare them for the upcoming school year. They didn’t get much playing time last season so we are working on getting better as a team in the summer,” said Aiken.

The Sons looked gassed in the second half and the Warriors were getting every loose ball to maintain their lead. The Phoenix showed short spurts of offense from Christian Taitano and Brandon Soriano in the second half but their deficit was too great to overcome as the Warriors celebrated an easy 58-37 victory to improve to 3-0. The Phoenix Club suffered their first defeat and drop to 2-1.

Tony Quinene led all scorers with 16 points for the Sons, a team composed of players from FD. Taitano had 12 points, Soriano chipped in 10.

“Right now we are not at the point we want to be at yet. Of course, we want to come out and win every tournament but we ultimately want to get better for the upcoming off island trips and the season,” said White.

In the earlier game, Imperials II defeated the Rebels 56-44. Manny Soriano led the Imperials II squad with eight points in a balanced scoring attack. Isaiah Mendiola from the Rebels led all scorers with 13 points.

Wendy’s Players of the Game Reo Aiken and Jahmar White